The Warrior is a late Cold War era mechanized infantry combat vehicle of UK origin. It was developed in early 1980's to complement the FV432, which was becoming old, lacked firepower and provided limited protection. The Warrior was used with success during conflicts in Iraq and Afghanistan.

The Warrior has a conventional layout with the engine and driver in the front, the two man turret in the middle and the infantry compartment in the rear. The infantry may exit the vehicle through a single large rear door or two roof hatches.

The main armament is a 30mm RARDEN autocannon. This fires powerful 30mm shells from three round clips, resulting in a low rate of fire. A 7.62mm EX-34 chain gun is mounted as a coaxial weapon. As both weapons are not stabilized they cannot be effectively fired on the move. The RARDEN autocannon is to be replaced by the 40mm CTWS autocannon in the future.

The aluminum armor protects the crew from small arms fire and shell splinters from all angles. Over the frontal arc 14.5mm rounds are resisted. During recent conflicts in Iraq and Afghanistan improved armor was installed. This includes additional front armor, large spaced side armor plates and mesh shields against rockets.

The tracked chassis provides the Warrior with a good off road mobility. The 550 hp diesel engine provides for a maximum speed of 75 km/h.

The main user of the Warrior is the UK army. The Warrior has been actively used during conflicts in Iraq and Afghanistan. The sole export customer for the Warrior is Kuwait, taking delivery of a modified version called Desert Warrior. 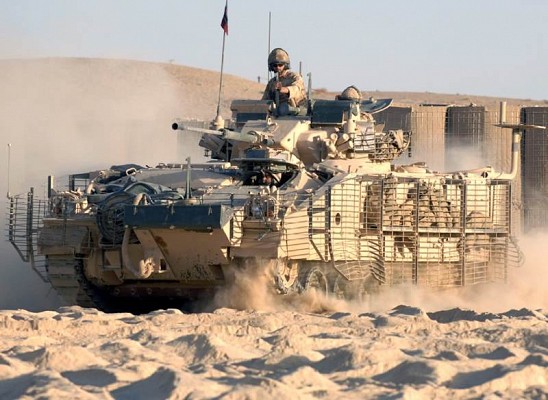 The Warrior is a tracked mechanized infantry combat vehicle armed with a 30mm RARDEN autocannon and 7.62mm EX-34 chain gun. The baseline vehicle serves as the chassis for four variants. 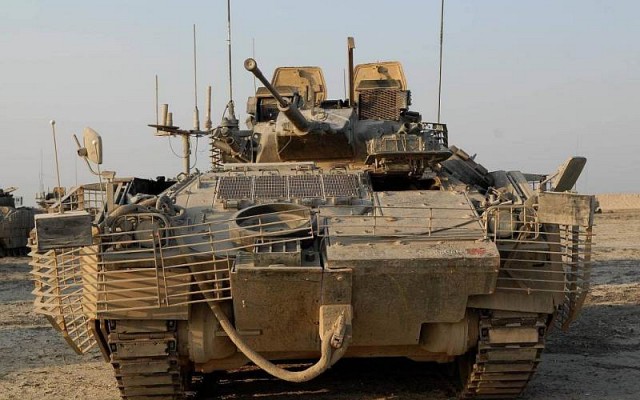 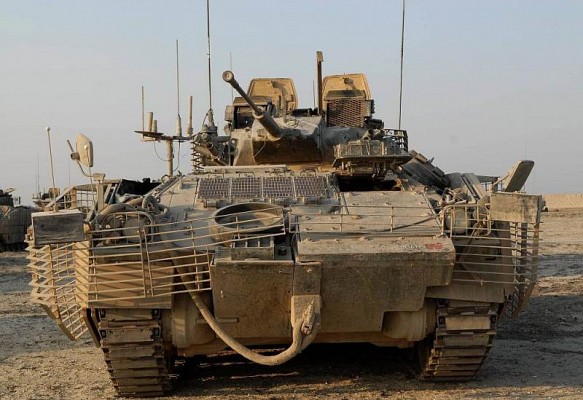 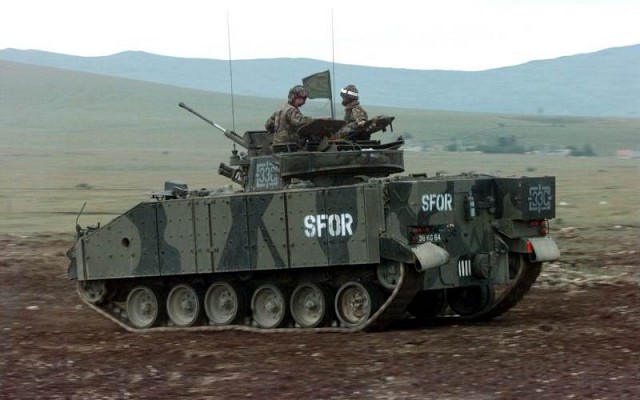 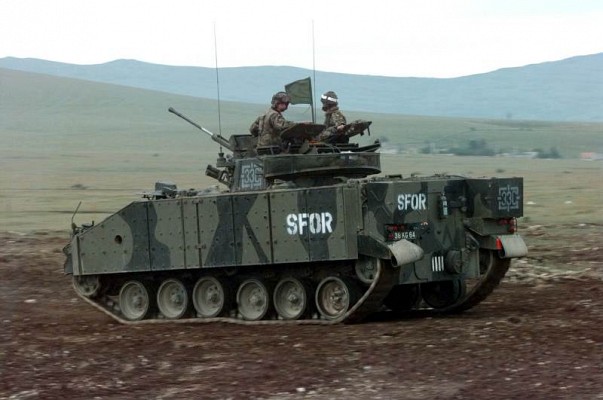 Rear view of Warrior with additional armor on the front and sides. 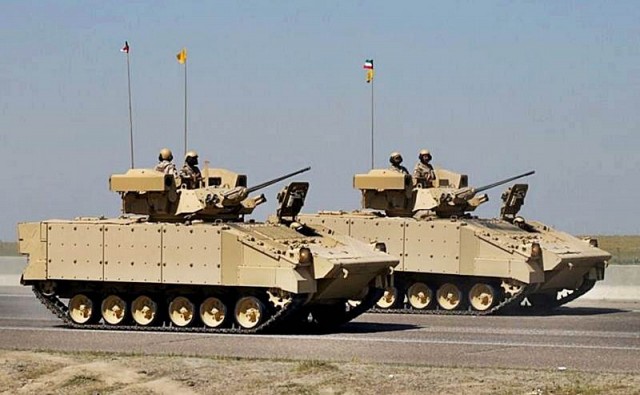 The Desert Warrior is derived from the FV510 Warrior. It was developed to meet requirements set by Kuwait. Desert Warrior has a different armament package and was fitted with applique armor. 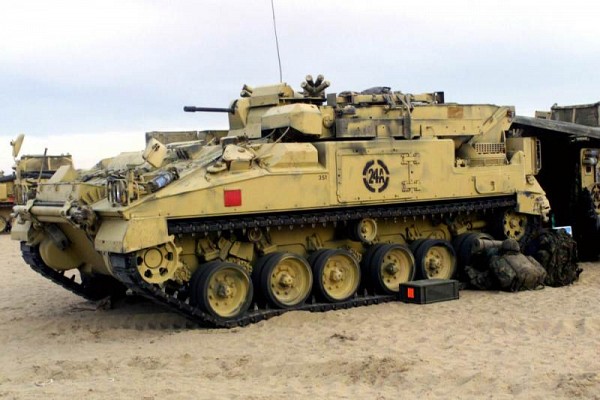 The Warrior chassis was used to develop two types of armored recovery vehicles, known as the FV512 MCRV and FV513 MRV(R). 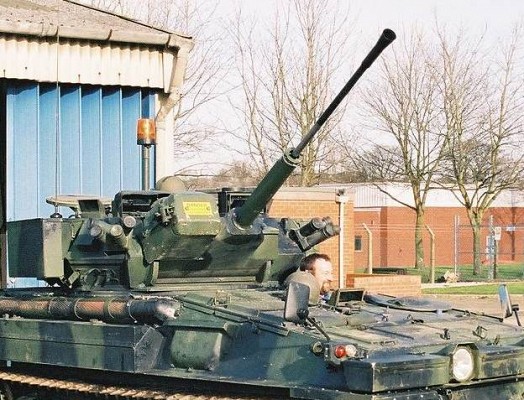 The Rarden 30mm autocannon is the main armament of the Warrior.