The Fennek is a reconnaissance vehicle of Dutch origin. The Fennek was developed as a private venture by SP Aerospace in the early 1990's. In the late 1990's it turned into a joint Dutch/German program. The German firm KMW continued the development and is currently marketing the Fennek 2.

The Fennek is a 4x4 vehicle with a crew of three. The driver is seated in the middle and has good visibility through three large windows. The commander and gunner are seated on either side of the driver, slightly more towards the rear. The engine compartment is in the rear.

replaced by a 7.62mm MG3 machine gun. Dutch vehicles are fitted with a 12.7mm M2HB heavy machine gun. The Fennek also serves as the chassis for Dutch air defense variant. This mounts a turret with four Stinger surface to air missiles ready to fire.

The aluminum armor protects against 7.62mm armor piercing ammunition and shell splinters. Add-on armor with higher protection levels is available. The crew compartment is protected against anti-personnel mines. Dutch vehicles used in Afghanistan are fitted with slat armor over the windows. An NBC system, automatic fire extinguishing system and smoke grenade launchers are fitted as standard.

The 4x4 chassis and intricate drive train provide a very good cross country mobility and very high road speeds. In reverse a camera provides a view for the driver. The 240 hp diesel engine provides a high power to weight ratio and is connected to an automatic gearbox. The Fennek is not amphibious.

Variants of the Fennek

The standard version of the Fennek is the reconnaissance vehicle. Those are fitted with a with a sophisticated extendable optronic sensor mast.

Versions without the sensor mast are used in a variety of roles. The Netherlands also operates the Fennek as a patrol vehicle and transport vehicle for the Spike anti-tank missile. Germany also fields the Fennek with combat engineers.

The Fennek Stinger Weapons Platform is an air defense variant, and is described in a separate article. 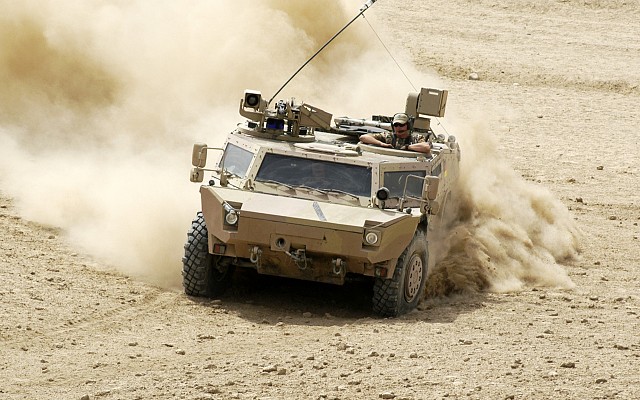 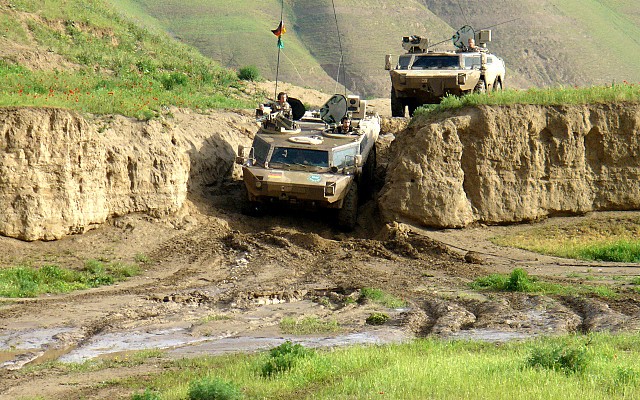 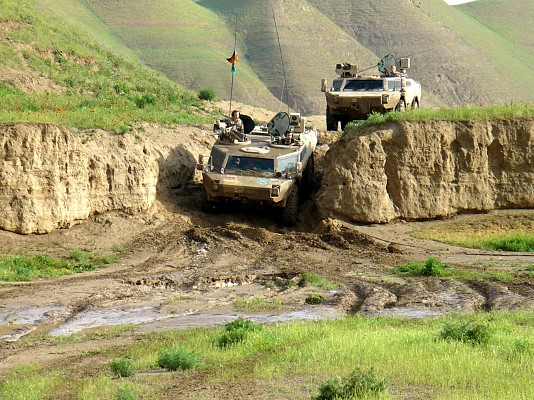 Two German Fennek on patrol in Afghanistan in 2010. 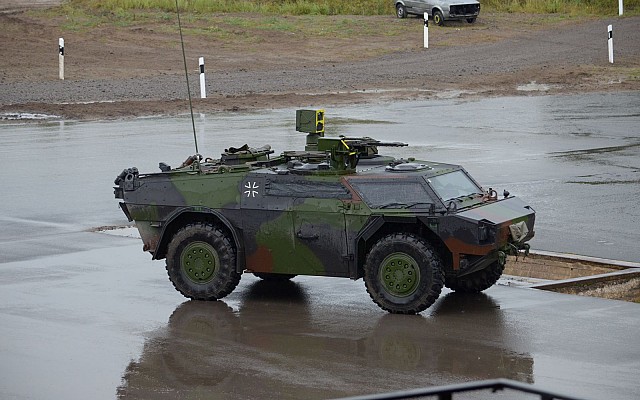 German Fennek armed with MG3 machine gun on display in 2012. 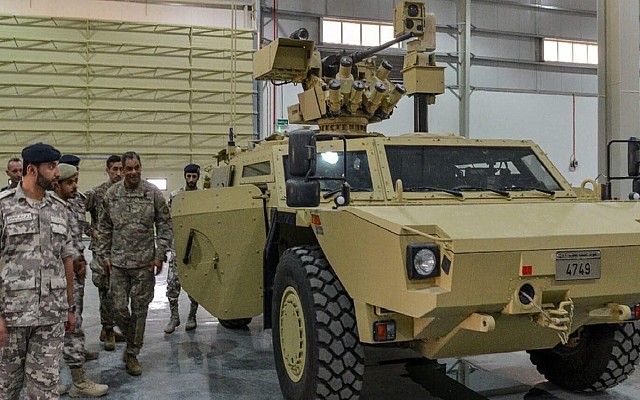 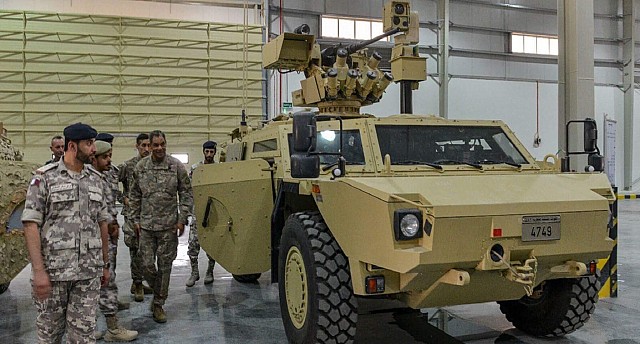 Fennek, either prototype or production vehicle, shown to Qatari officials. In German service the Fennek replaced the large Luchs 8x8 reconnaissance vehicle. Both Luchs and Fennek are known as vehicles with limited sound signature while moving.

The Fennek Stinger Weapon Platform is an air defense vehicle based on the Fennek chassis.

In German service many vehicle are armed with the GMG 40mm automatic grenade launcher.