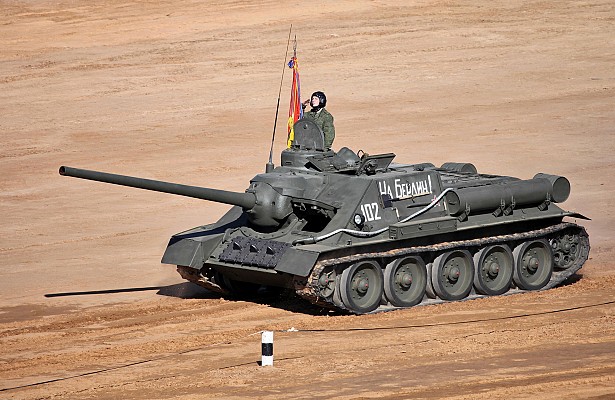 The SU-100 is a World War 2 era tank destroyer of Soviet origin. It was developed early 1944 as a more capable alternative to the SU-85. Compared to the earlier SU-85 the SU-100 is both more powerful and better protected over the frontal arc.

The SU-100 is armed with the D-10S rifled cannon, for which 33 shells are carried. A slightly modified variant of this cannon arms the T-54 and T-55 series of tanks. For World War 2 standards this is a very powerful cannon. It allowed the SU-100 to engage the Nazi German Panther tank head on at ranges up to 1.5 km. With improved ammunition the D-10S proved to be a potent cannon throughout the early Cold War era.

The SU-100 features welded steel armor. It is operated from under full armor protection. Compared to the earlier SU-85 the frontal armor was increased from 45mm to 75mm. There are no smoke grenade dischargers or NBC system.

The SU-100 is based on the chassis of the T-34 tank and uses Christie suspension. The tracked chassis allows for good off road mobility. The V12 diesel engine provides up to 520 hp. The maximum speed is 50 km/h on roads and about 20 km/h in the field.

The SU-100 was widely used in the final year of World War 2. It proved to be a potent weapon and was able to engage the latest and most capable German tanks. Nearly 5.000 SU-100 were produced until the late 1950's, with about 3.000 used in World War 2. After World War 2 it remained in use and was widely exported to Soviet allies. It is well known for being used in various conflicts in the Middle East, most notably against Israel. Nowadays the SU-100 is considered obsolete, but remains in long term storage in several nations. 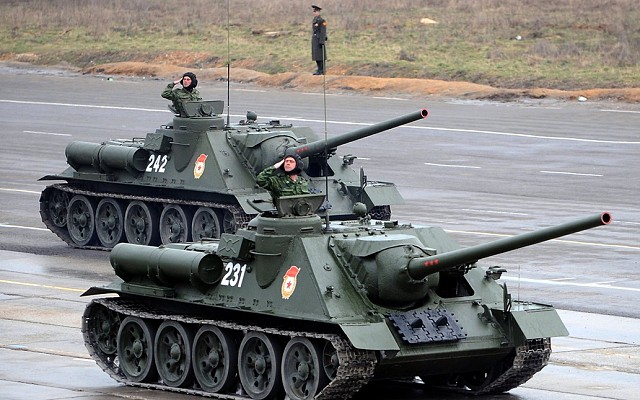 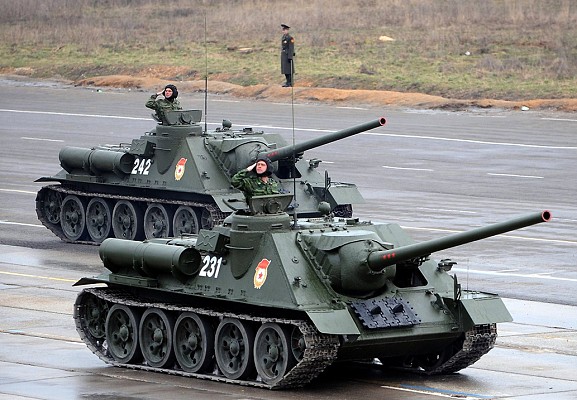 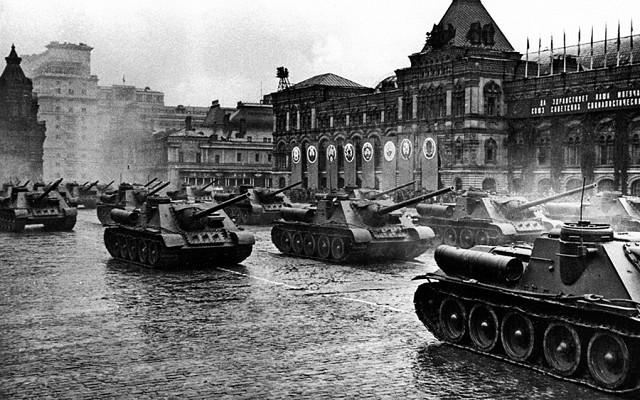 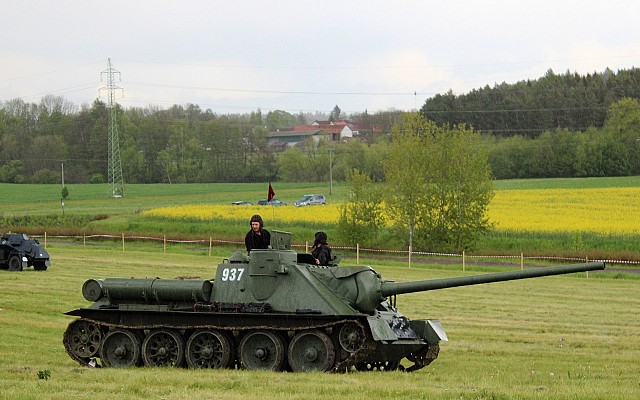 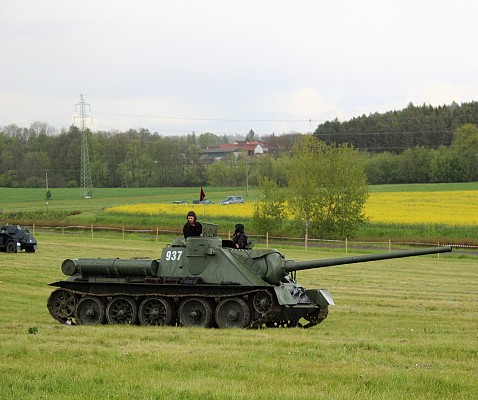 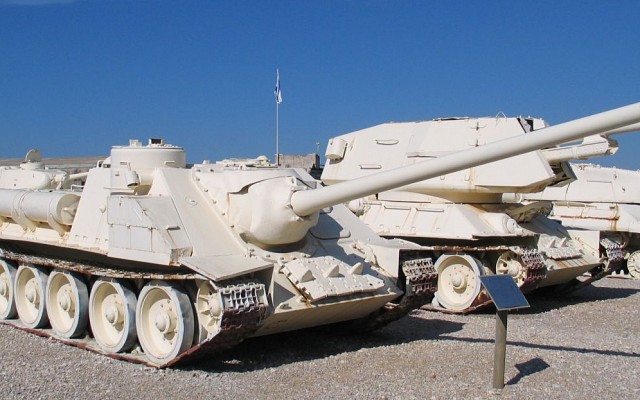 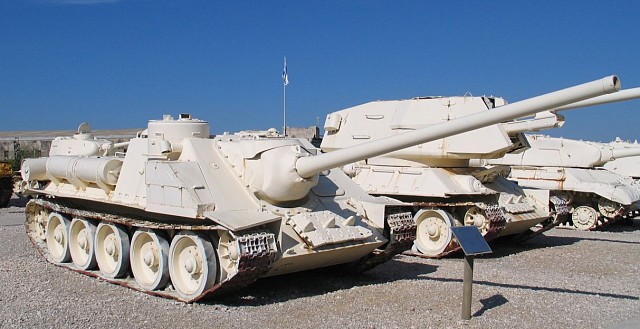 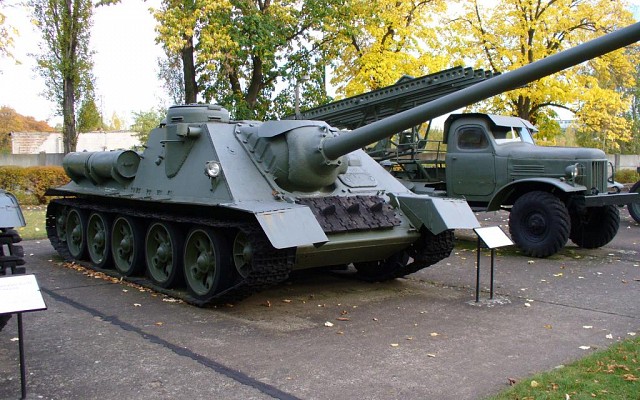 SU-100 tank destroyer on display in a museum in Germany.