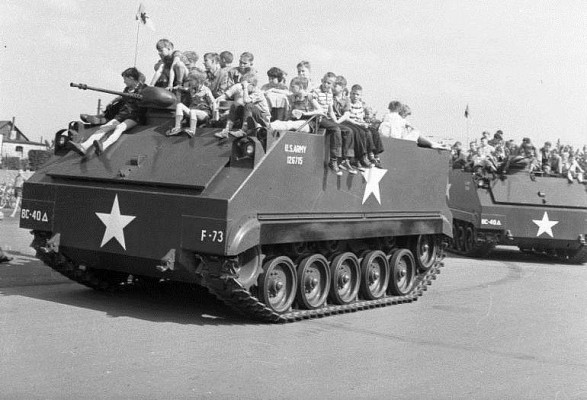 The M59 is an armored personnel carrier of US origin. It was developed in the early 1950's as a cheaper and more mobile follow on to the M75 that entered US service only a few years earlier. Although the M59 was plagued by a limited reliability large numbers were produced before the successful M113 entered service.

The design of the M59 is roughly based on the earlier M75. The M59 features a new chassis, has thinner armor and a lower profile. Instead of a single engine two smaller and cheaper engines are used. However the mechanism to combine the power from both engines proved unreliable. The troop compartment is at the rear and is accessed by a single door. A trim vane is located on the bow and is used during amphibious operations.

The M59 is armed with a single 12.7mm M2HB heavy machine gun in a low profile turret. The advantage over the ring mount of the M75 is the armor protection for the gunner, but situational awareness is reduced and the weapon is harder to aim. A mortar carrier with the 107mm M30 mortar was also produced.

The steel armor protects the crew from small arms fire and shell splinters. Since the armor is rather thin armor piercing rounds will easily penetrate. An NBC system and smoke grenade dischargers are both lacking.

The tracked chassis allows the M75 to cross almost any terrain. Although the weight has been reduced while a similar power is retained the M59 does not have a better mobility than the M75. In fact it has a lower top speed and very limited operational range. The major improvement over the M75 is the amphibious capability. 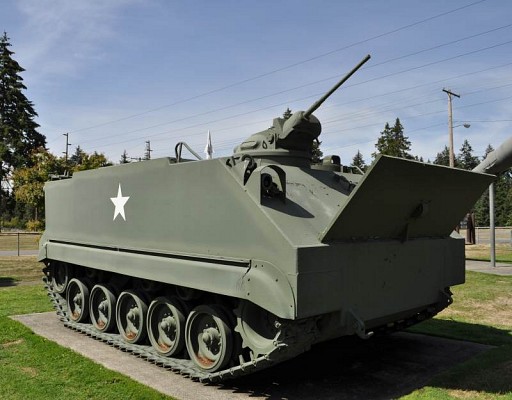 The M59 is an armored personnel carrier that was produced only in one version. It can be distinguished from the M113 by its horizontal bow, forward location for the M2HB cupola and single rear door. 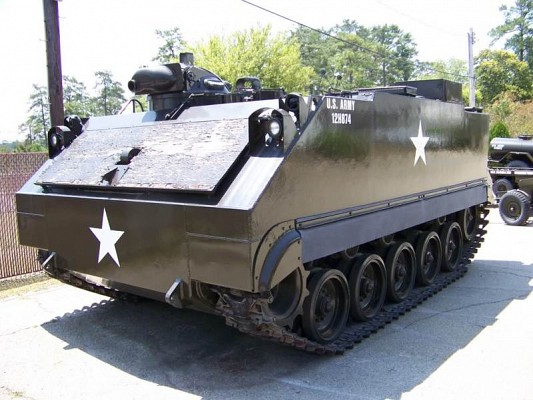 The M84 is a mortar carrier based on the M59. Within the crew compartment a 107mm M30 mortar is mounted on a turntable. A total of 88 rounds are carried. A baseplate is carried to allows the mortar to be used away from the vehicle. 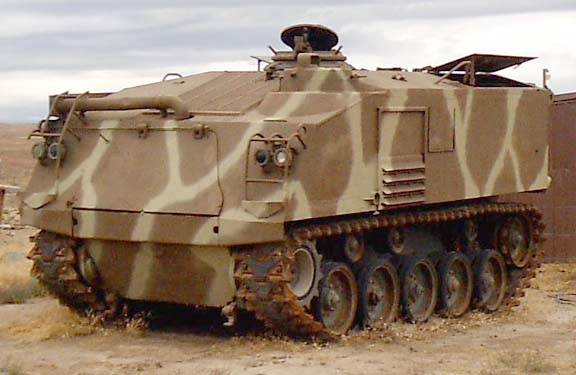 The M59 was designed to replace the previous M75 tracked armored personnel carrier in US service.

The M113 was the successor to the M59 in the armored personnel carrier role. It proved to be more capable and versatile.

The M2HB heavy machine gun serves as the main armament of the M59.