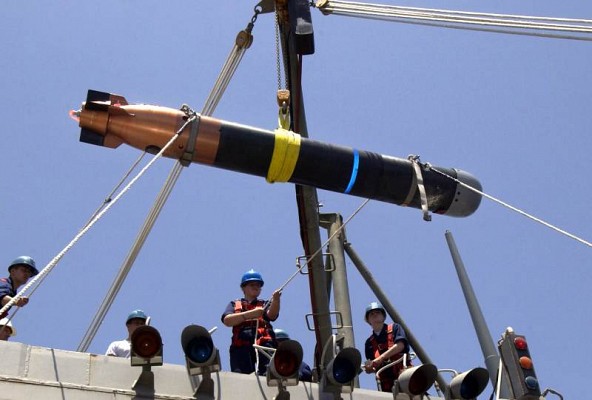 The Mk 50 is a lightweigh torpedo of US origin. It was developed in the mid and late 1970's to counter the latest Soviet submarines that were both more quiet and diving deeper than previous generations. The Mk 50 is a very expensive lightweight torpedo that is both very vast and able to dive very deep. Due to the complex design the development took much longer than anticipated and due to the cost only a limited number was produced.

The Mk 50 has a conventional layout that is very similar to the older Mk 46 that served as the basis for the Mk 50 design. The Mk 50 has a new guidance module which is housed in the more streamlined nose section. The key feature of the Mk 50 is the stored chemical energy propulsion system that mixes sulfur gas with lithium to generate heat to drive the pumpjet propulsor.

The Mk 50 uses a passive and active sonar guidance system which is much more capable than the one used on the earlier Mk 46 torpedo. The drawback is that it can only be used in water deeper than 40 meters, making it unsuitable for use in littoral warfare.

The Mk 50 has a range of 15 km and a speed of 50 kt. Whereas the Mk 46 can only engage targets out to a depth of 450 meters the Mk 50 may reach over 600 meters. Combined with the high speed and good sonar it is a very lethal torpedo even when used against the most capable nuclear submarines.

The Mk 50 can be launched by any platform that uses the Mk 46 torpedo. In US service the Mk 50 is both launched from surface ships and helicopters. Unlike the Mk 46 it is not used in the ASROC missile or CAPTOR mine.

The Mk 50 was only used by the US navy. Due to its high cost it was never exported. The Mk 50 supplemented the older and cheaper Mk 46 but never replaced it. The Mk 50 is in turn being supplemented by the Mk 54 which mates the guidance section of the Mk 50 to the cheaper propulsion system of the Mk 46. 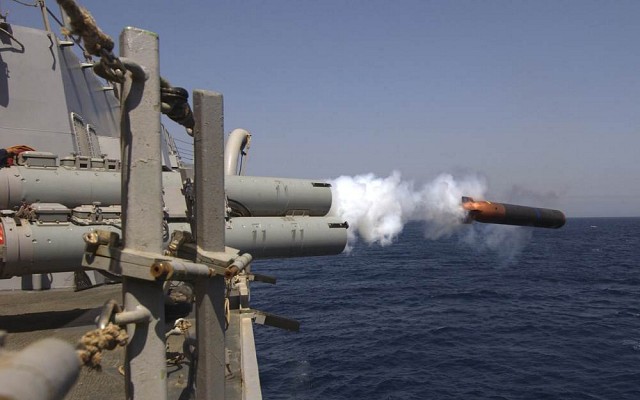 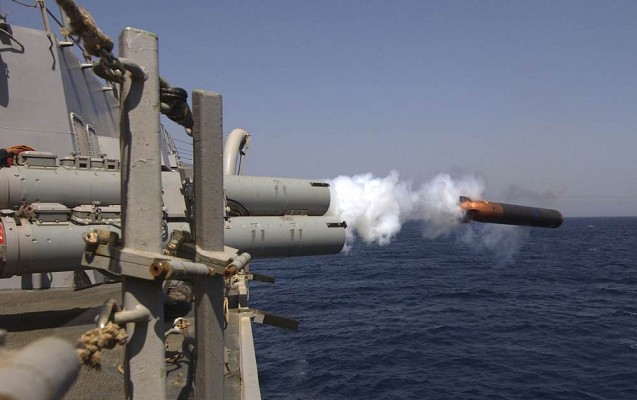 A Mk 50 torpedo being launched from a surface vessel. 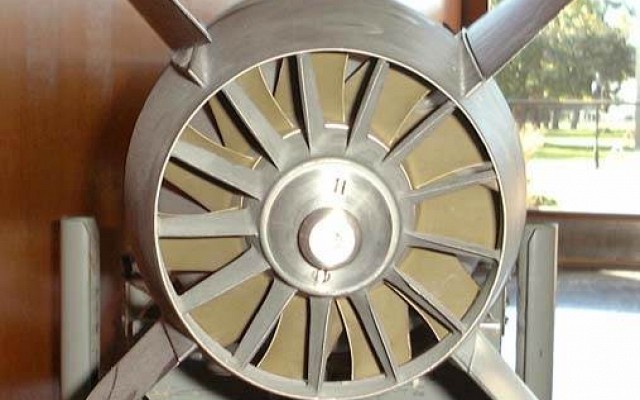 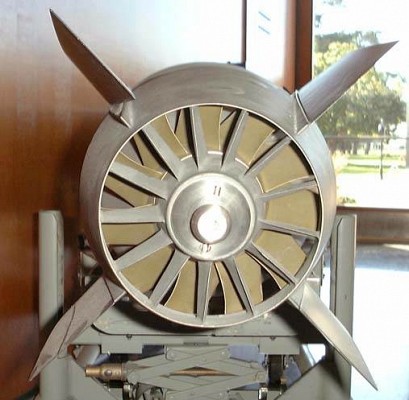 A close up of the twin propeller pump jet propulsor which is a key recognition feature of the Mk 50.