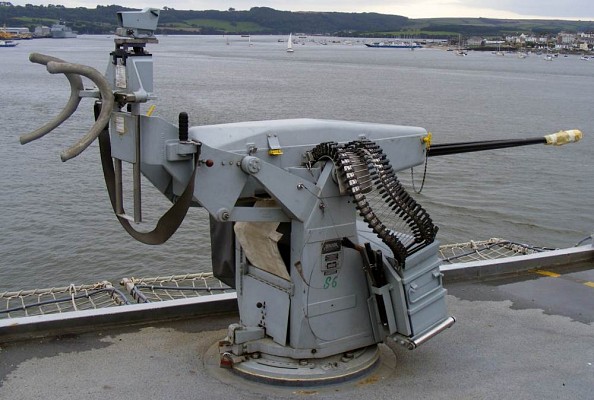 Side view of a 20mm GAM-BO1 mounted on a UK warship.
Source: Chase me ladies, I'm the Cavalry - © GNU Attribution - Share Alike license

The GAM-B01 is a naval gun mount of UK origin. It was developed by BMARC in the early 1980's in response for a UK navy requirement for a light weapon for self-defense on naval warships. The GAM-B01 is a simple standalone mount for use against assault craft and aerial targets. One of the main benefits is its simplicity. It remains functional in high ECM environments and after sustaining battle damage. 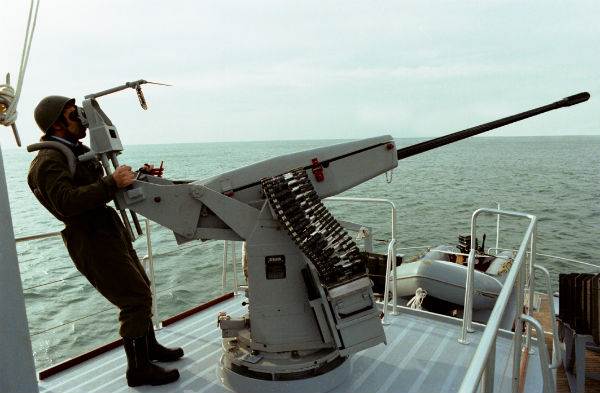 The GAM-B01 is a large pedestal mount with a single 20mm Oerlikon KAA belt-fed autocannon. It is operated by a single person, who is strapped to the mount for a good sight picture at high angles. Other operators supply ammunition, or call for adjustments and spot targets using binoculars. The sight helps calculating lead against aerial targets.

The GAM-B01 mount is fitted with a single gas operated Oerlikon KAA autocannon. Cyclic rate of fire is over 900 rpm. The mount holds a single 200 round belt of 20x128mm ammunition. Maximum range is 2 km against surface targets and 1.5 km versus aerial targets. The gun sight does provide a significant increased chance to hit against aerial targets. However, its use against jet aircraft and incoming missiles is limited. The effectiveness of the GAM-B01 does not come even close to a close-in weapon system. The advantage of the GAM-B01 is that it is an easy to install standalone system with increased firepower and range over a 12.7mm heavy machine gun.

The GAM-B01 has been fitted since the mid 1980's to a wide range of frontline and support naval vessels in use with the Royal Navy. It has also been exported to several nations. Nowadays GAM-B01 naval mount is still available and actively marketed. 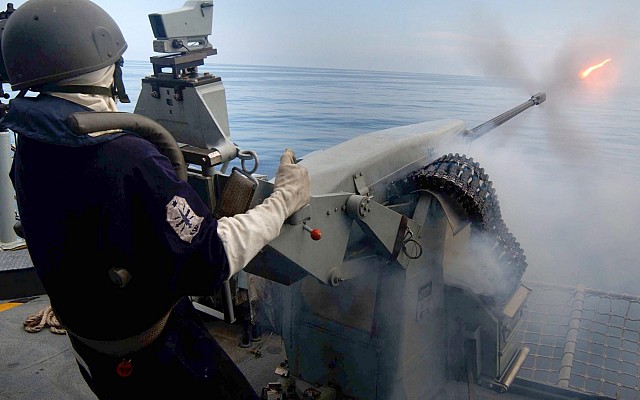 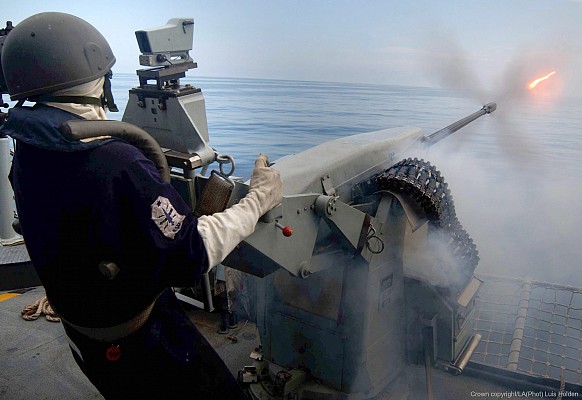 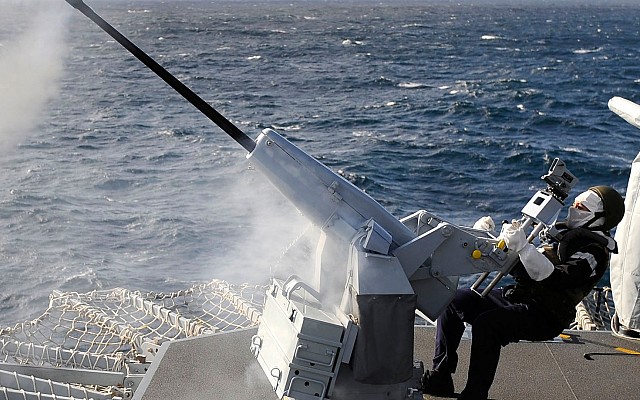 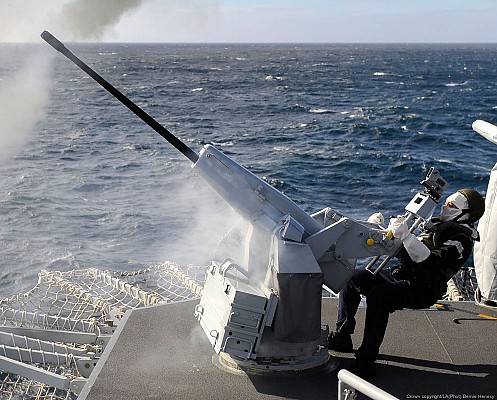 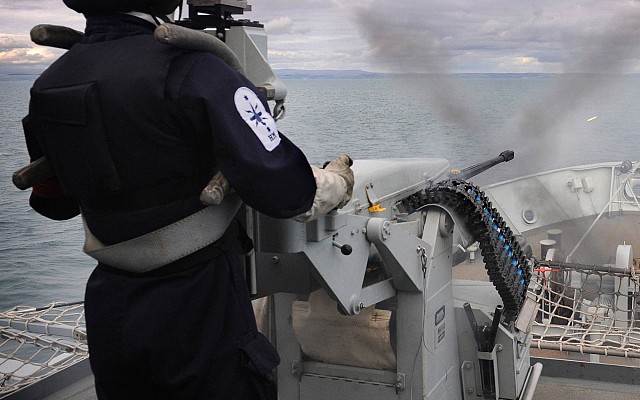 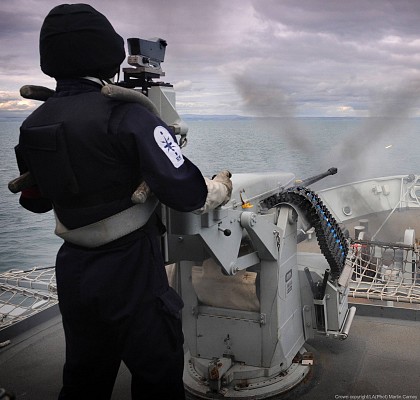 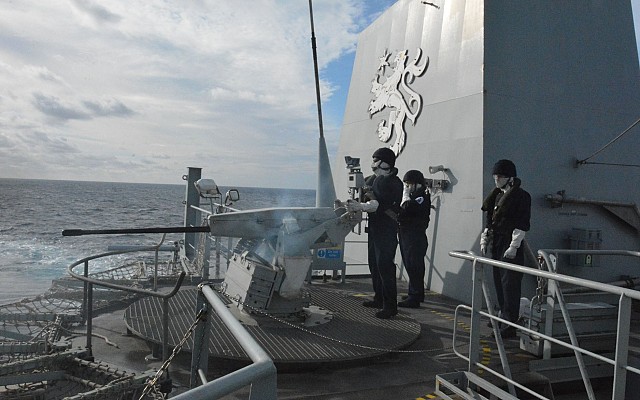 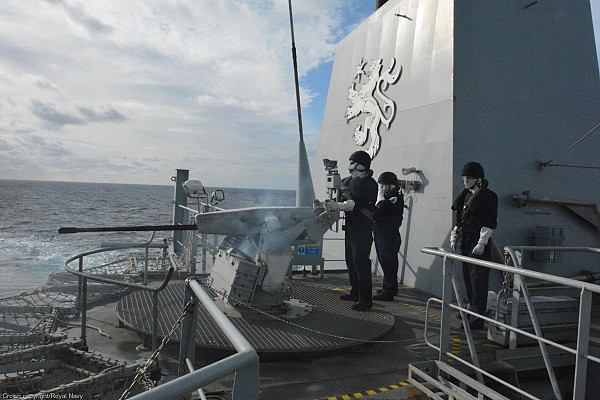 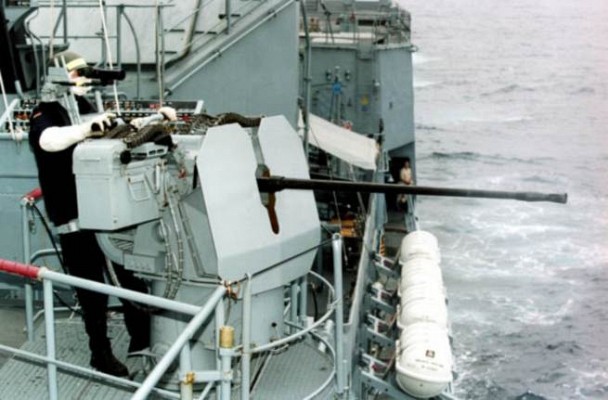 The 20mm Wegmann naval mount is rather similar to the Oerlikon GAM-B01, being a a pedestal mounted 20mm autocannon with a single operator.