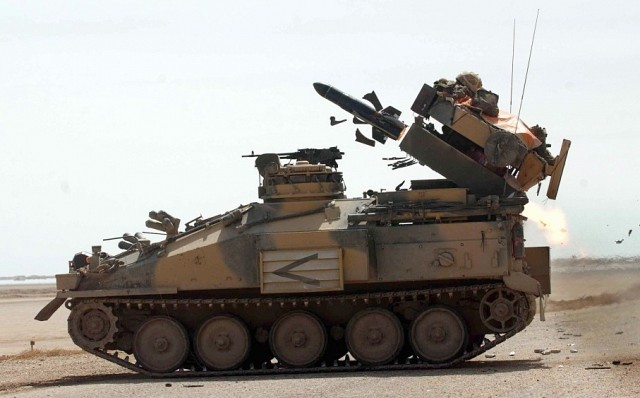 The Striker is a tracked tank destroyer of UK origin. It was one of vehicles resulting from the Combat Vehicle Reconnaissance (Tracked) program and was accepted for service in 1976. In British service the Striker was called the FV102

The Striker has a similar layout to other vehicles of the CVR(T) family. The crew of three consists of a commander, driver and gunner. The driver is seated on the left with the engine to his right. The other crew members are seated in the middle with the Swingfire launcher being mounted at the rear of the vehicle.

The Striker is armed with a retractable five round launcher for the Swingfire anti-tank missile. The missiles are manually guided and have a maximum range of 4 km. In 1995 a total of 60 British vehicles were updated with semi-automatic command to line of sight (SACLOS). A total of 10 missiles are carried. The commander's cupola is fitted with a MAG medium machine gun.

The aluminum armor provides protection against small arms fire and shell splinters. Over the frontal arc it protects against 14.5 mm heavy machine gun rounds. A total of six smoke grenade launchers are fitted. The small silhouette makes the Striker difficult to dtect

The Striker is a very mobile vehicle. Due to its light weight it has a very high road speed for a tracked vehicle. A Cummins 190hp diesel engine provides propulsion. The Striker is amphibious, being propelled in the water by its tracks.

The Striker was only used by the UK and Belgium and has been phased out in both nations. A total of 122 vehicles have been produced and none remains. 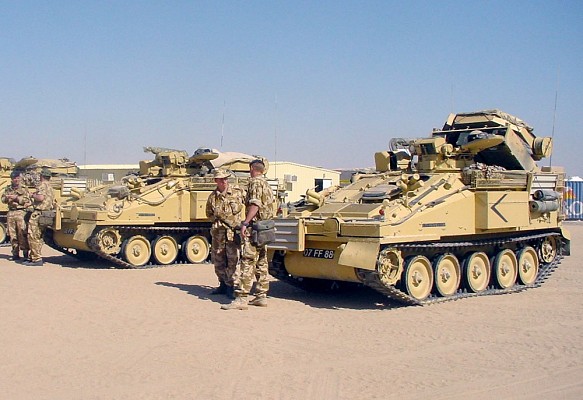 Variants of the Striker

The Striker is a tracked tank destroyer armed with Swingfire anti-tank missiles. It is one of the vehicles that resulted from the Combat Vehicle Reconnaissance (Tracked) program. Only a single variant has been developed. From 1995 to 1996 a total of 60 British vehicles were upgraded with SACLOS guidance instead of MCLOS.