The SVD is a sniper rifle of Soviet origin. It was developed in the early 1960's to extend the range of squads equipped with the AK-47. The new rifle was called SVD, which stands for "Snayperskaya Vintovka Dragunova", Russian for "Dragunov sniper rifle". The SVD is commonly referred to as the "Dragunov" after its lead designer.

The SVD uses a highly modified version of the Kalashnikov system. Opposed to the AK-47 the SVD has a short stroke gas piston and is semi-automatic only. The SVD is easy to produce and one of the cheaper military semi-automatic sniper rifles. At first the SVD was fitted with wooden handguards and stocks, but since the 90's polymer is also available. The SVD is normally fitted with the 4x24 PSO-1 scope, but can also be fitted with the NSPU-3 night sight. The PSO-1 4x24 scope is very effective, especially the reticule which allows the sniper to accurately estimate the range. The magnification is fixed. A rubber eyepiece gives the correct eye relief. Back-up iron sights are fitted as standard. Since the 80's a bipod is available for the SVD, however most are not fitted with a bipod.

The SVD fires the 7.62x54mm Russian round from a 10 round detachable magazine. Normally sniper grade ammunition is used, but regular machine gun ammunition can be used as well. Accuracy averages about 2 MOA, depending on the quality of the gun and ammunition. The effective range of the SVD lies between 600 and 800 meters. Targets can be engaged up to 1000 meters, but may require repetitive fire. The PSO-1 4x scope is not ideal for firing at ranges of over 600 meters.

The SVD is was widely issued among Soviet and Eastern European troops. It remains in active use today. For true sniping purposes the SVD has often been replaced with better quality rifles. The SVD has been widely exported and produced with or without license in many nations. It remains one of the most widely used types of sniper rifle in military service today. 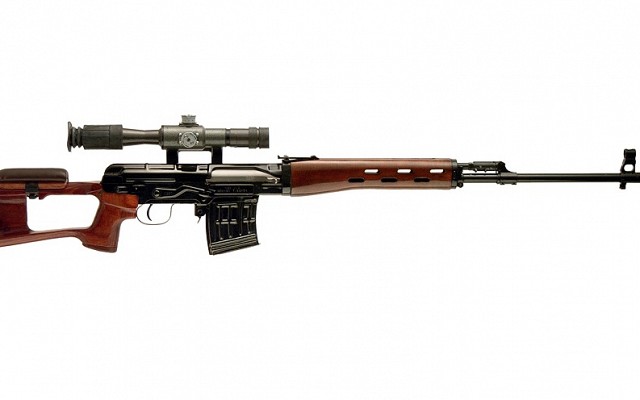 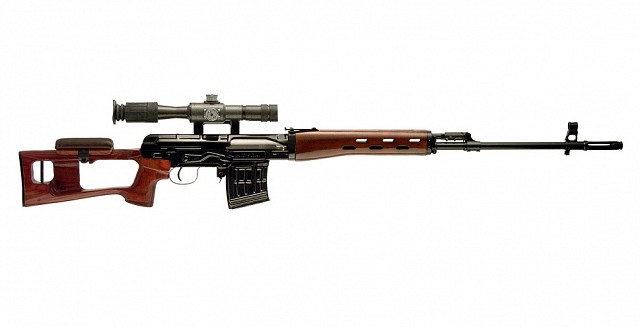 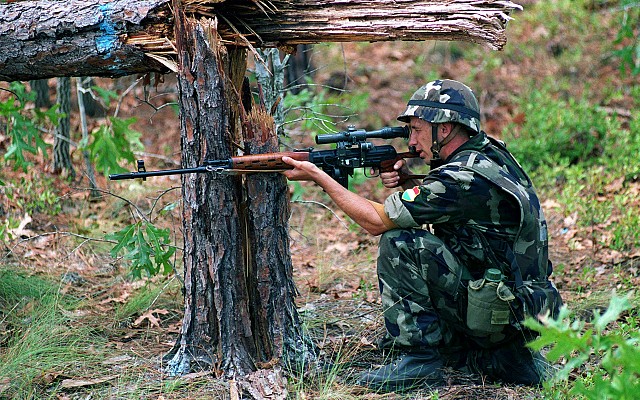 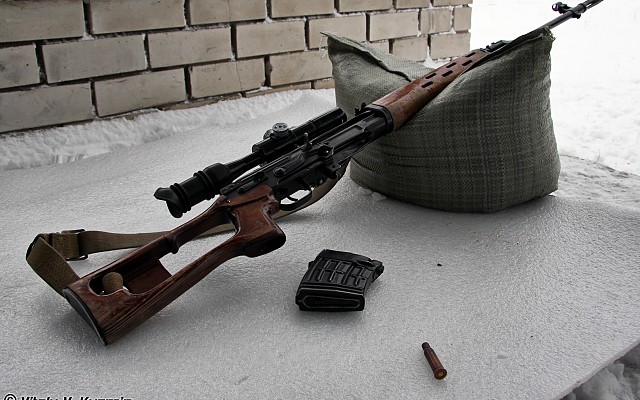 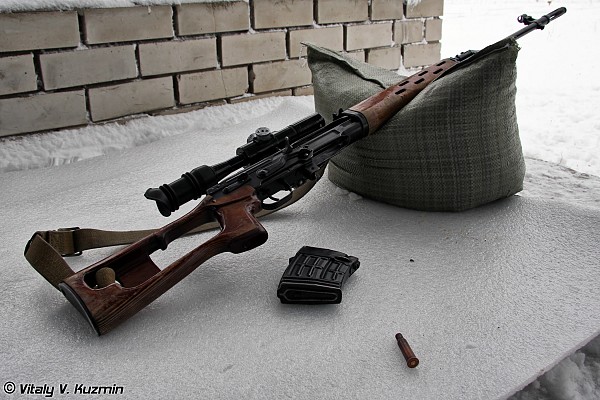 SVD sniper rifle on display at a firing range. 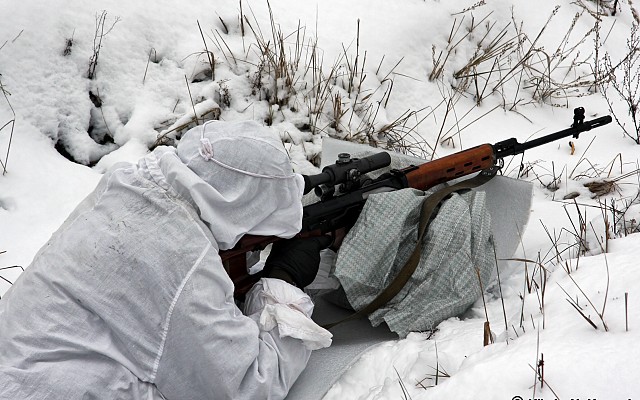 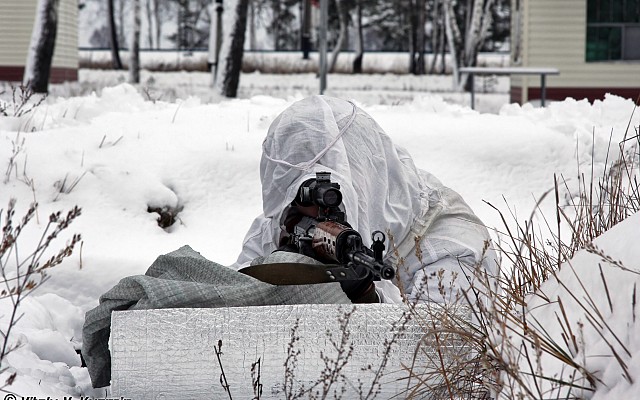 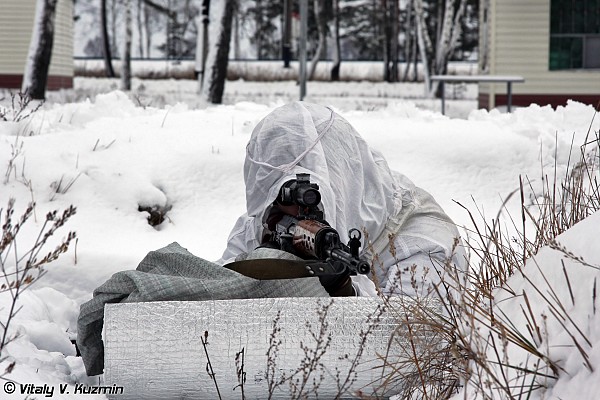 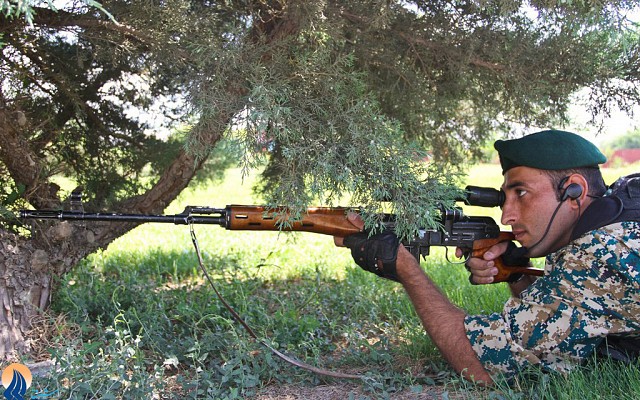 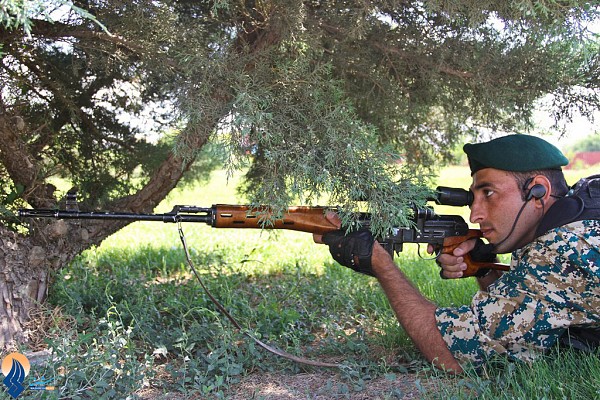 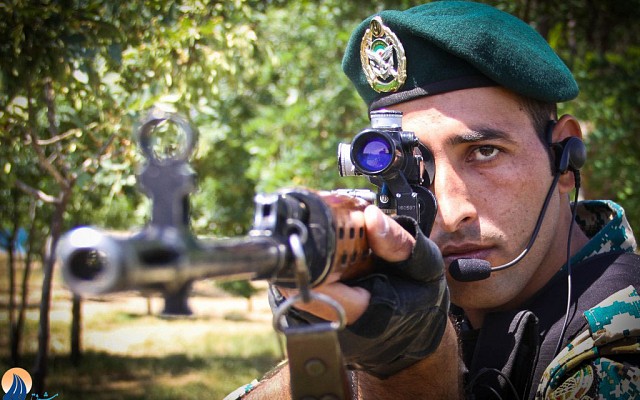 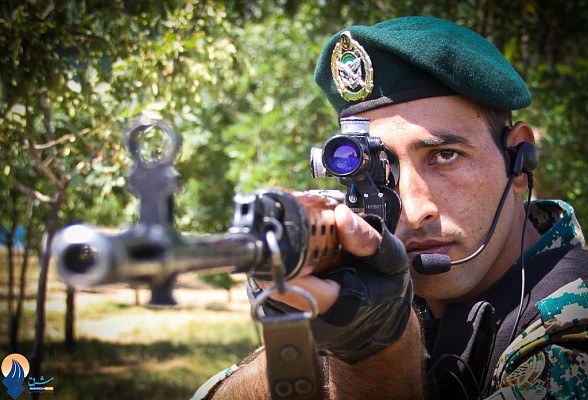 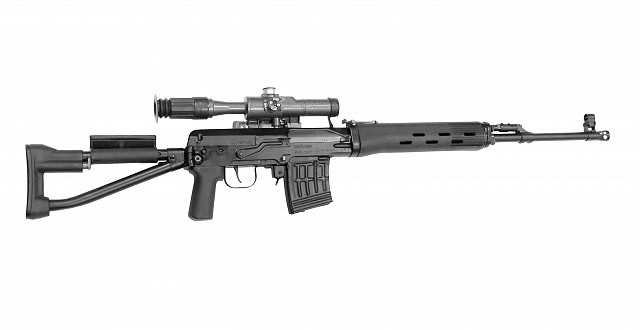 The SVDS is a shorter variand of the SVD with folding stock. It was developed as a more compact weapon for use by paratroopers. 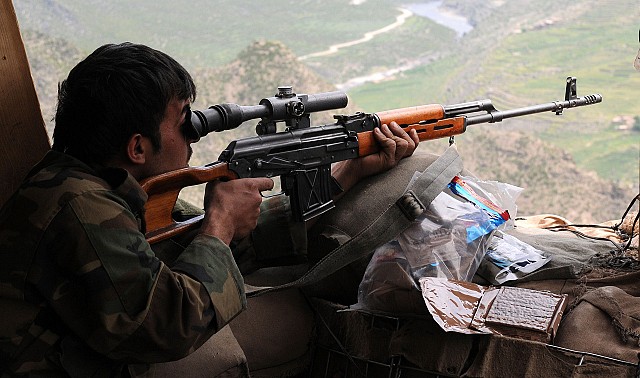 The Romanian PSL looks very similar to the Soviet SVD and is a similar performance. However, the PSL uses a different gas system and no parts are interchangeable. 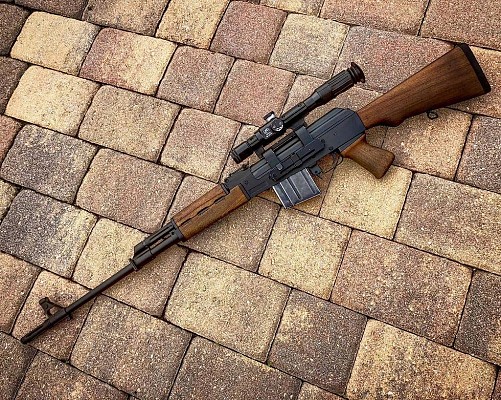 The Yugoslav M76 marksman rifle has a similar role as the Dragunov and uses a similar optical sight. However, the M76 is based on an up-scaled Kalashnikov design and chambered in 7.92x57mm Mauser.