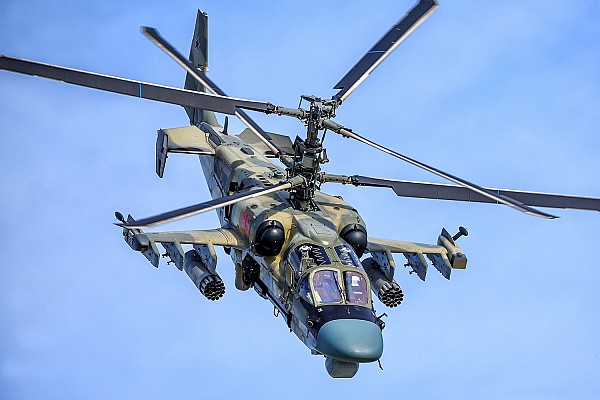 The Ka-52 is a modern attack helicopter of Russian origin. The Ka-52 is a further development of the earlier single seat Ka-50 and serves as a heavily armed combat reconnaissance helicopter. The NATO reporting name for the twin seat Ka-52 is “Hokum-B”. Plans for the twin seat Ka-52 started in the early 1980’s. Due to the collapse of the Soviet Union the first airframe was produced in the mid 1990’s and the first Ka-52 entered service in 2011.

The Ka-52 uses two contra-rotating main rotor blades and no tail rotor. This setup is used on various helicopters designed by Kamov. Compared to the older single seat Ka-50 the fuselage is wider and the two pilots sit side by side. A rather unique setup, since most attack helicopters use a tandem layout.

Night operations are a main focus area of the Ka-52. The nose houses a terrain following radar, a FLIR camera is mounted under the nose and the pilots have night vision helmets with built-in laser range finders. In the combat reconnaissance role the Ka-52 uses is optical suite for target acquisition and directing strikes from standoff range.

A single 30mm 2A42 dual feed autocannon is mounted on the right side of the fuselage. A total of 460 rounds of 30x165mm rounds are carried. Four hardpoints can be found on the stub wings. The outboard hardpoints can each be fitted with six modern Vikhr or Ataka anti-tank guided missiles. All hardpoints may carry a rocket pod with 20x S-8 or 5x S-13 aerial rocket, a fuel tank or a UPK-23 gun pod. Additionally, two Igla-V heat seeking air to air missiles can be fitted onto each wingtip.

The Ka-52 is in use with the Russian air force. The Ka-52K is a naval variant on order with Russian naval aviation for use on amphibious assault ships. Currently Egypt is the sole export user. Over 100 Ka-52 have been acquired to date, while production continues. 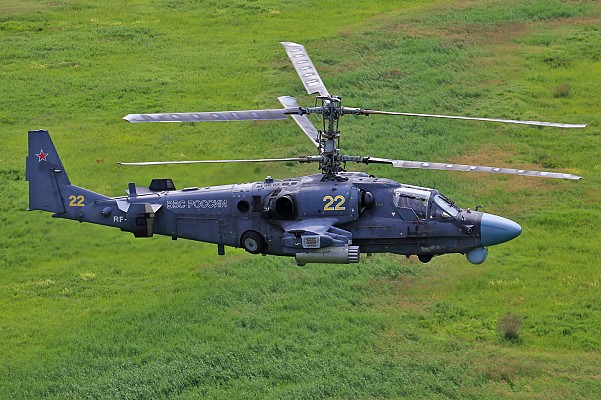 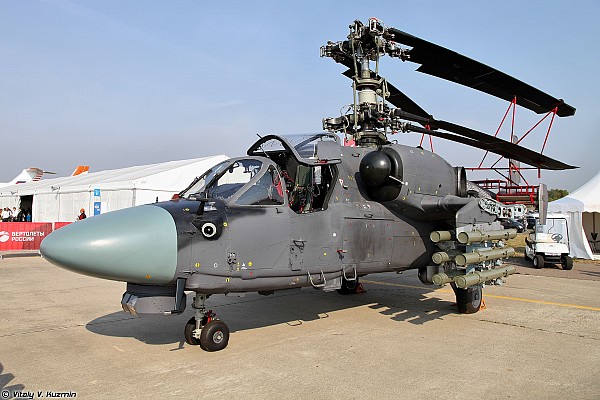 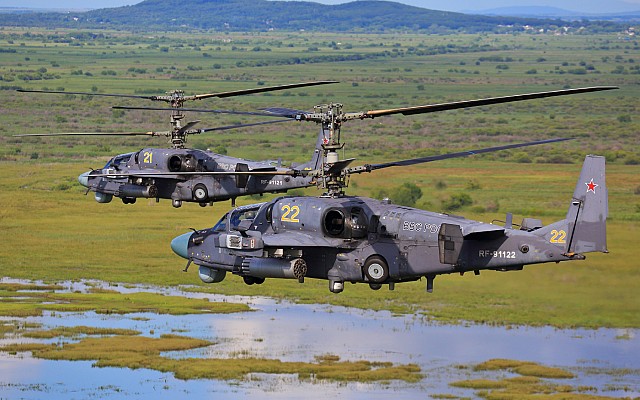 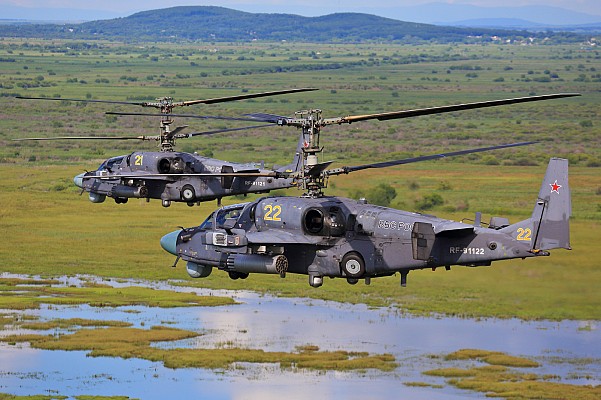 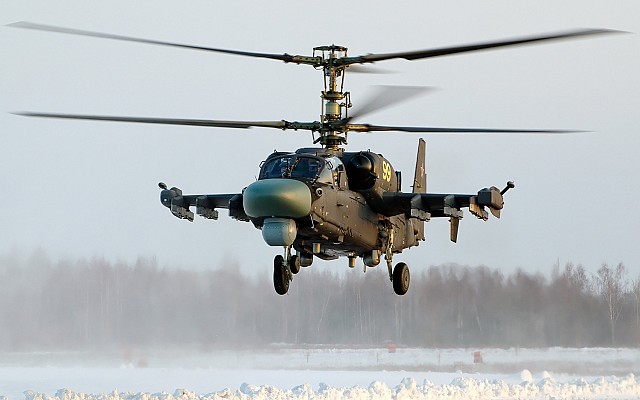 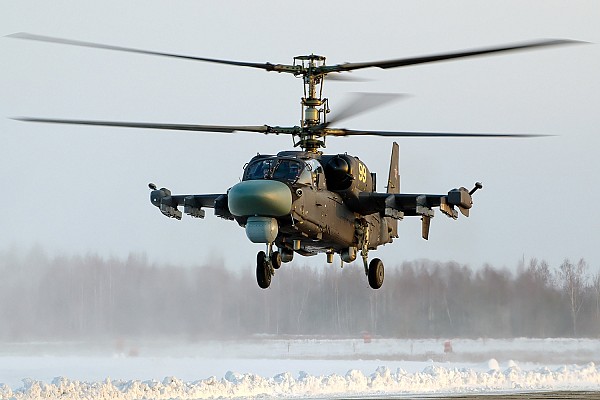 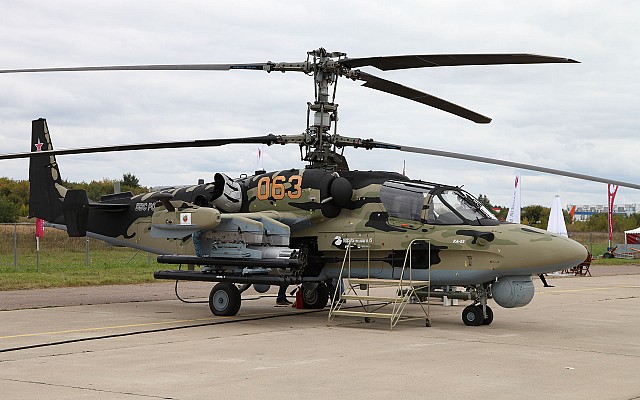 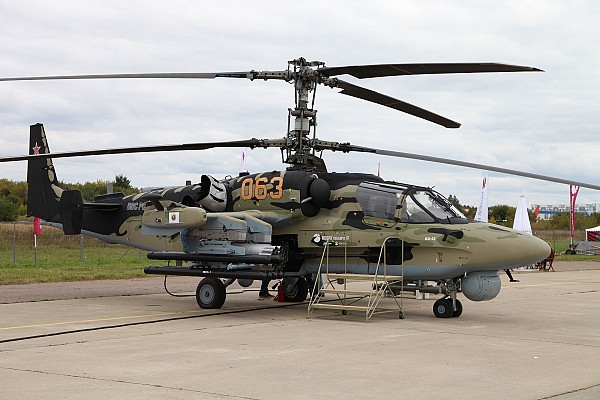 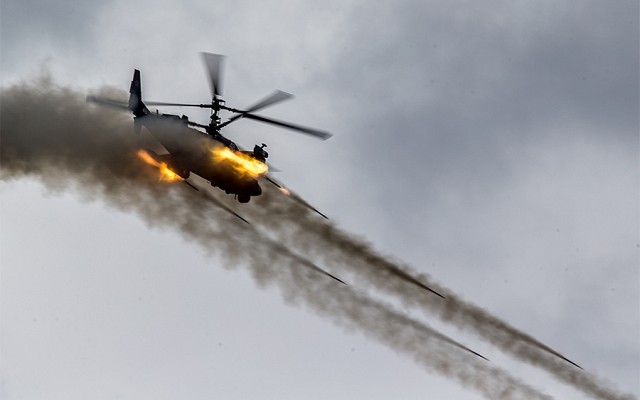 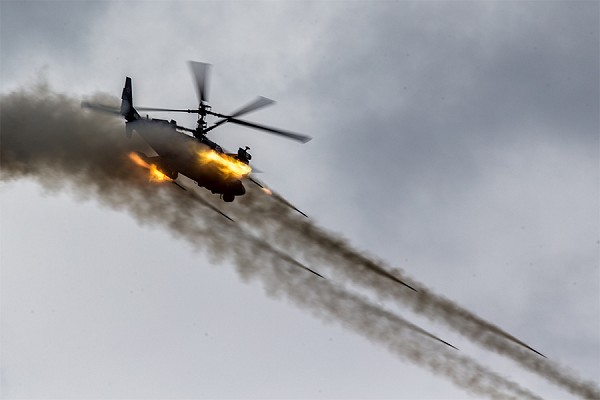 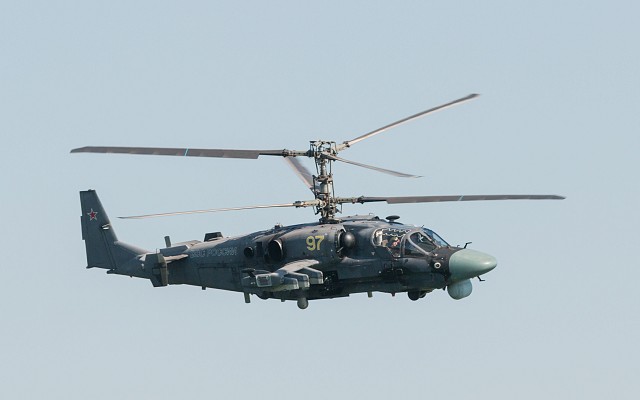 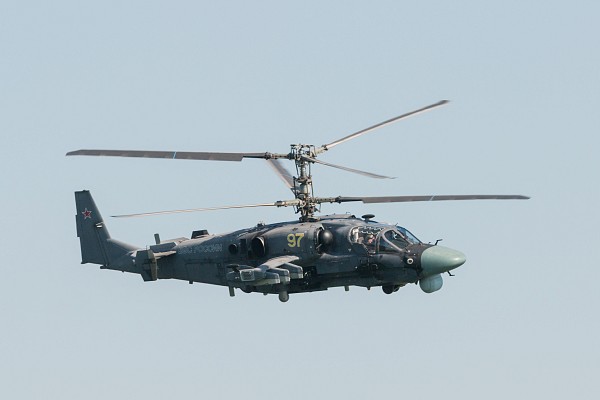 Right side view of Ka-52 attack helicopter in flight. 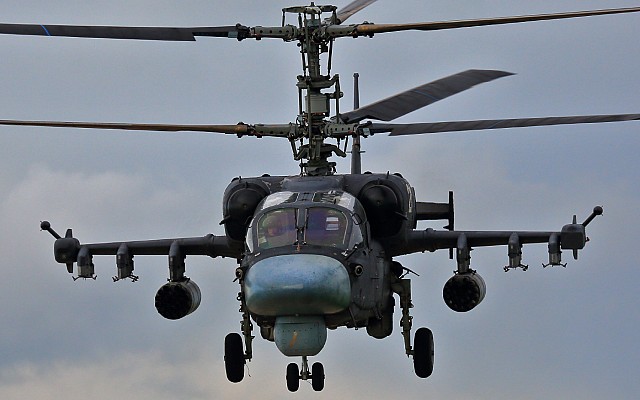 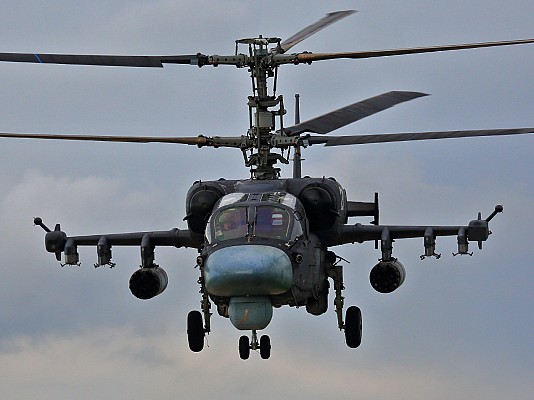 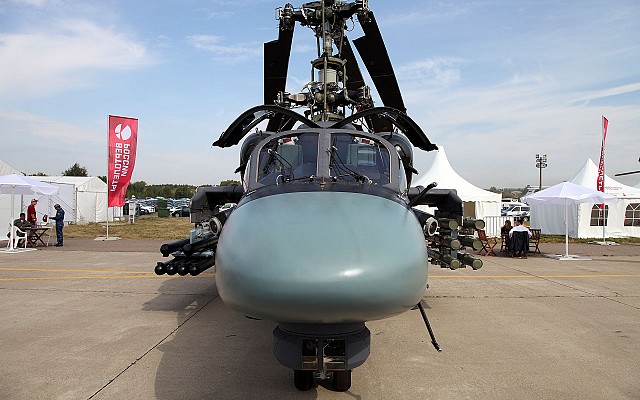 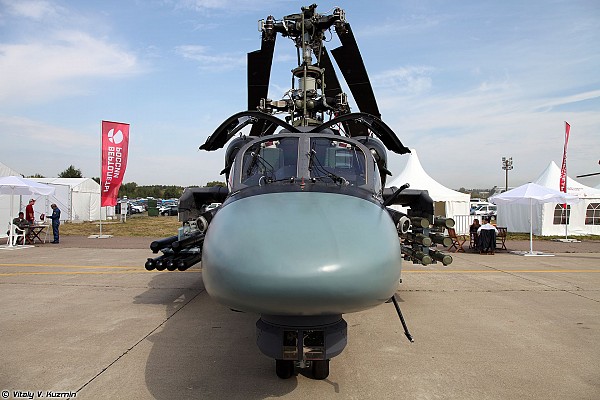 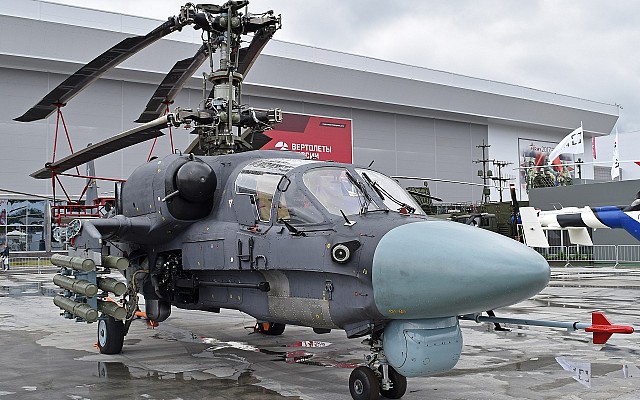 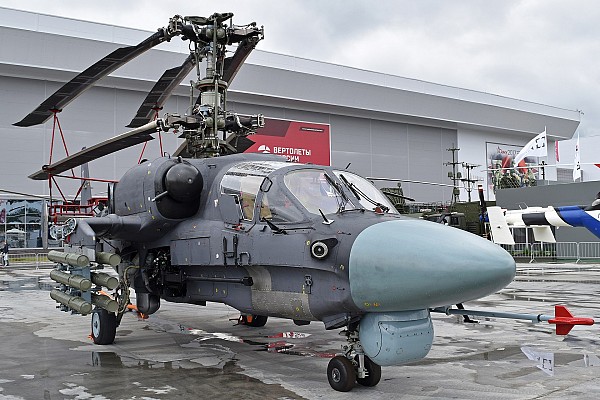 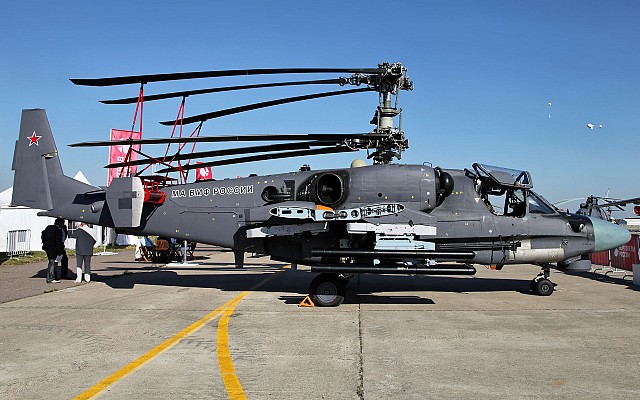 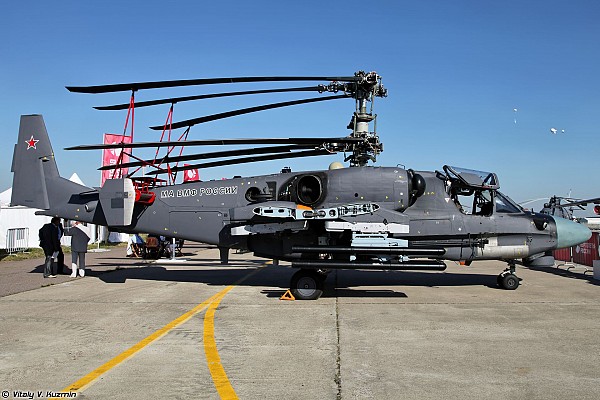