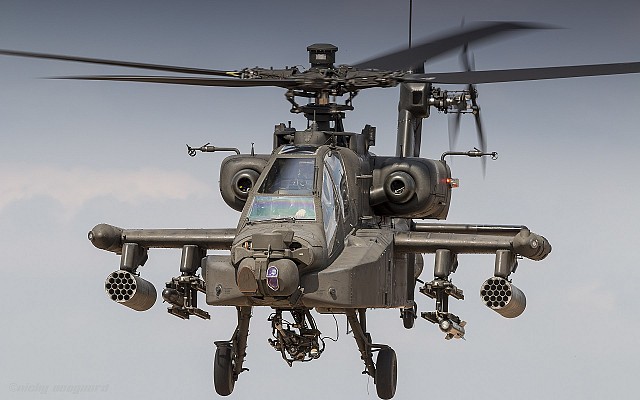 The AH-64 Apache is a modern attack helicopter of US origin. The AH-64 was developed to detect and engage enemy armor formations from a distance. Due to its high quality nose mounted optronics suite the Apache also serves in the observation and reconnaissance role.

The Apache is a twin engine helicopter with a four blade main rotor. The pilot and gunner are seated in tandem configuration. A FLIR system and TV camera are mounted on the nose. A 30mm M230 chain gun is mounted underneath the cockpit and rocket pods and anti-tank missiles are carried on the stub wings. On the AH-64D the ability to carry the mast mounted Longbow fire control radar was introduced.

The M230 chain gun can be used against infantry and light armored targets. Up to 1.200 rounds can be carried. The main anti-armor weapon is the long range AGM-114 Hellfire anti-tank missile. Up to 16 can be carried. This a semi-active laser homing missile, but the Longbow radar allows the use of the AGM-114L with radar homing. Hydra 70 aerial rockets can be carried in pods with 19 rockets each. The AH-64D add the ability to carry two AIM-92 Stinger heat seeking air to air missiles on the wingtips. Some foreign operators use alternative weapon options such as the Spike anti-tank missile and CRV7 rockets.

The Apache is powered by two turboshaft engines. Early models provide 1.690 shp while later models provide 18.90 shp each. These allow for a maximum speed of over 300 km/h and cruise speed of 265 km/h. Combat range is about 480 km, depending on weapons load.

The first and main user of the AH-64 is the US Army, with the first Apache entering service in 1986. Over 2.000 AH-64 have been acquired by the USA and 15 other nations with close ties to the USA. License production was carried out in the UK and in Japan. The AH-64 is one of the most widely used combat helicopters currently in service. 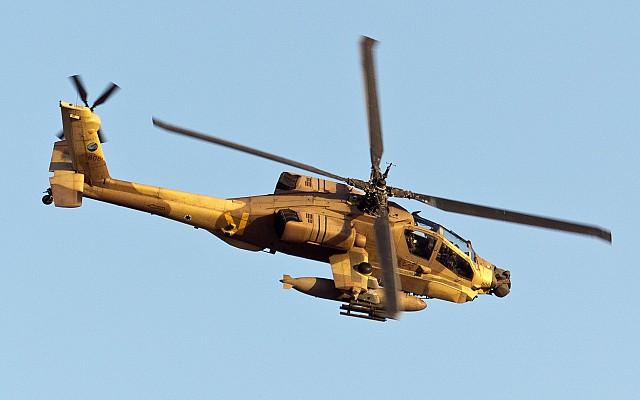 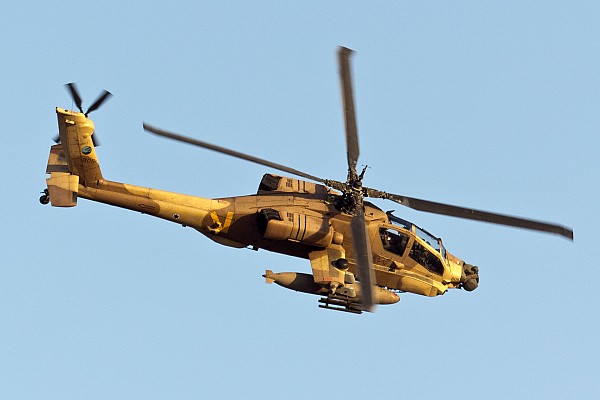 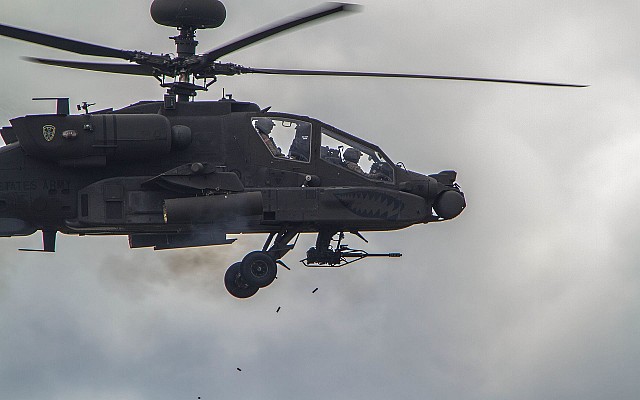 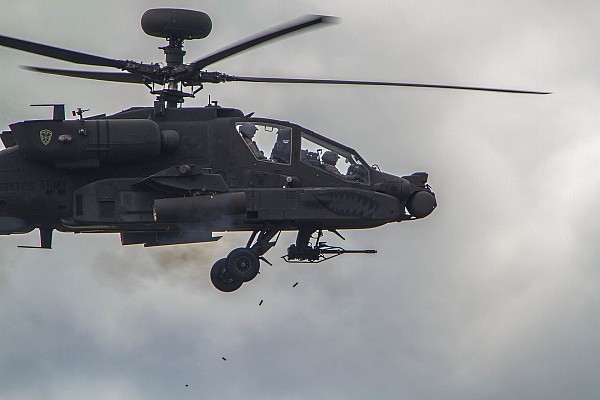 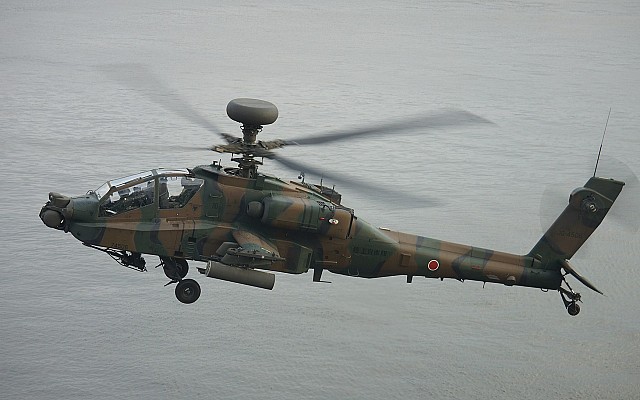 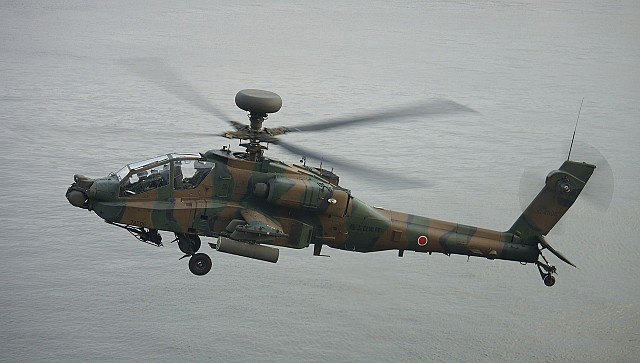 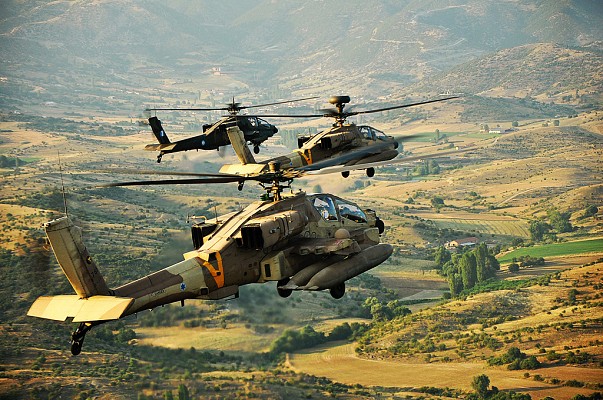 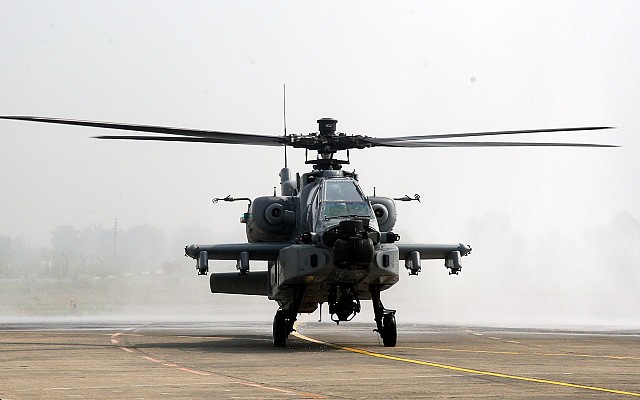 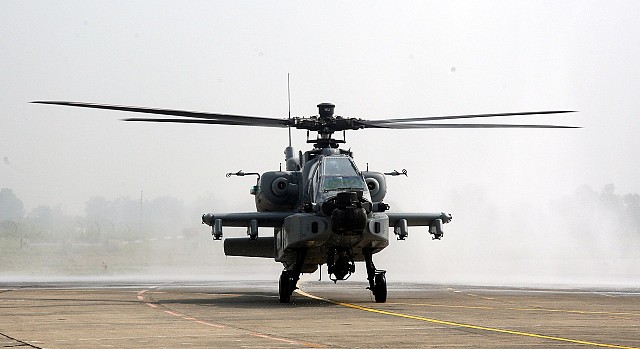 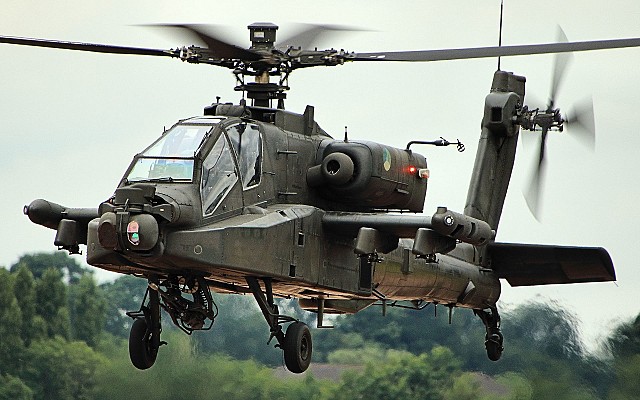 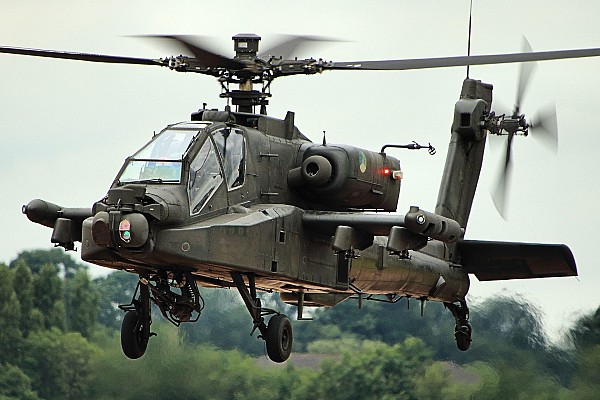 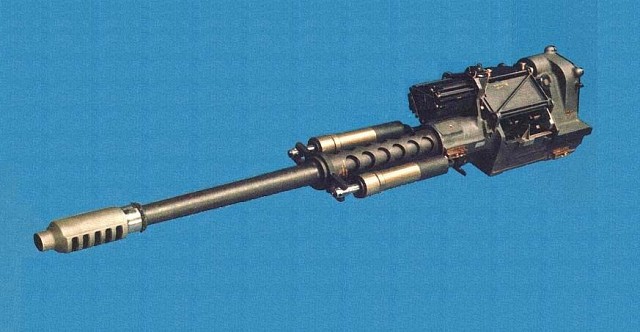 The Hughes M230 chain gun is the main multi-purpose weapon of the AH-64 Apache. The 30x113mm shells can be used against both infantry positions and light armored vehicles.