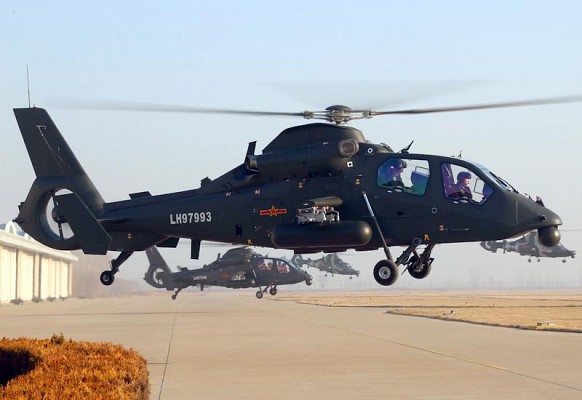 The Harbin Z-19 is a modern light reconnaissance and attack helicopter of Chinese origin. The Z-19 fills the role between the Z-9W series of armed utility helicopters and the heavier and larger Z-10 used as a dedicated attack helicopter.

The design of the Z-19 is based on the Z-9 utility helicopter, which is a license produced version of the French Dauphin. The layout of the airframe has been changed to a much sleeker tandem seat configuration. The cabin has been removed. Two turboshafts power the four blade main rotor and fenestron tail rotor.

Optical sensors are mounted on the nose. The suite consists of a FLIR sensor, TV camera and laser range finder. Reportedly there is a variant of the Z-19 with millimeter wave radar system.

Armament can be carried on the four pylons on the small stub wings. Unlike many attack helicopters there is no nose-mounted autocannon. Armament options include HJ-8 anti-tank missiles, TY-90 air to air missiles and 23mm gun pod. 57mm and 90mm aerial rockets can probably be carried as well. 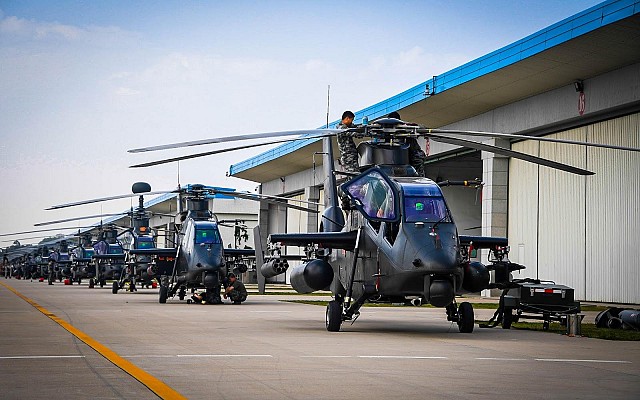 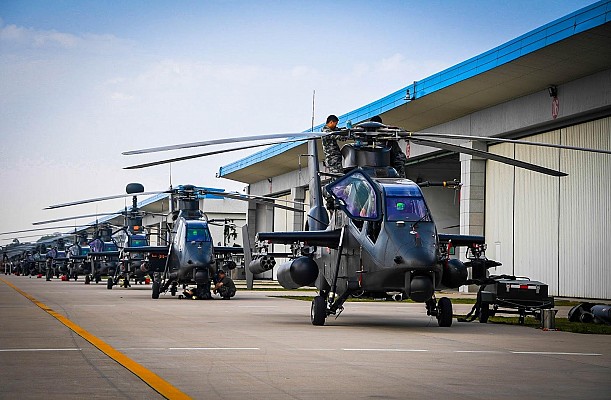 A number of Harbin Z-19 helicopters lined up. 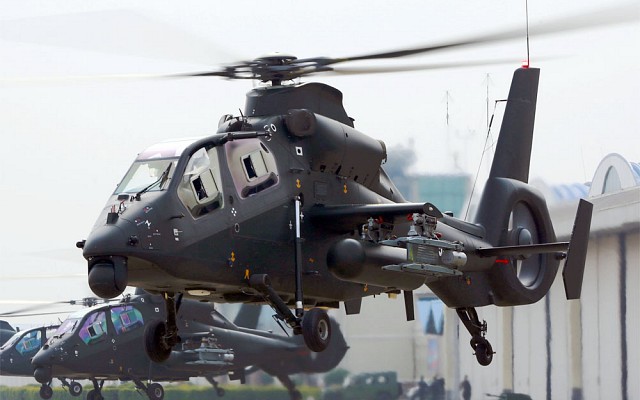 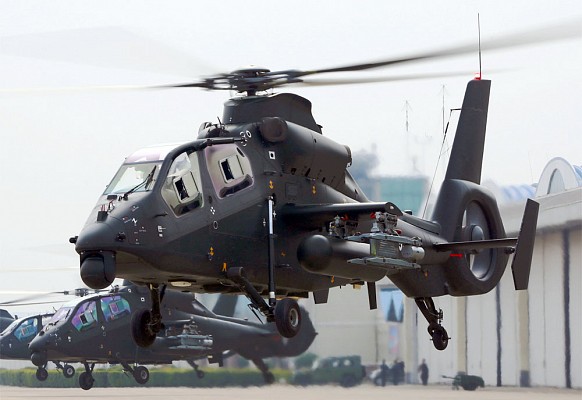 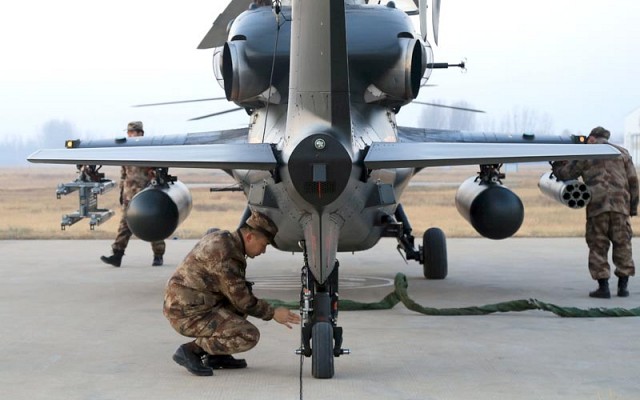 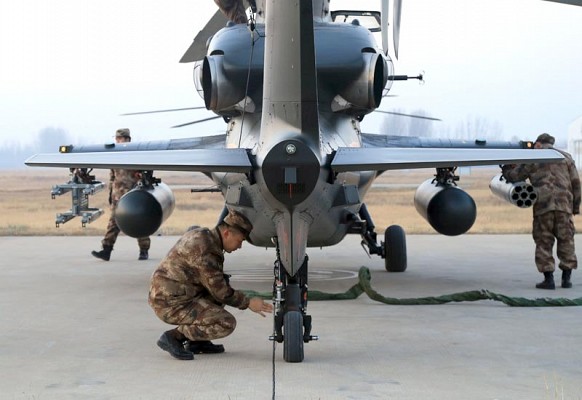