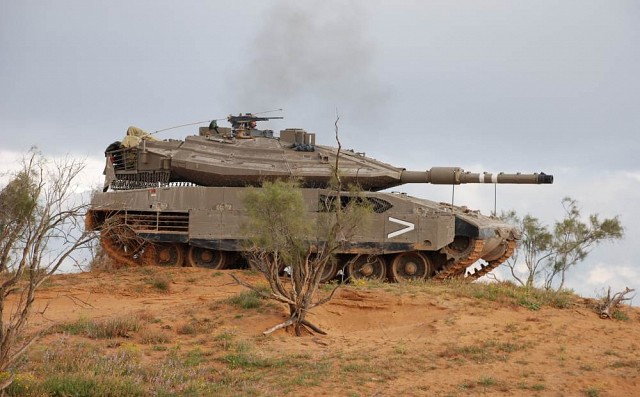 The Merkava 4 is a modern main battle tank of Israeli origin. It is the latest development of the original Merkava tank and differs in nearly every aspect. Compared to the Merkava 3 the armor and mobility have been improved. Unique features such as the front mounted engine, light mortar and rear troop hatch have been retained.

The Merkava 4 has the same unique layout as the original Merkava series but both chassis and turret have been extensively redesigned. A larger and more powerful diesel engine has been installed in the front. The reshaped turret mounts a much more powerful 120mm smoothbore cannon equivalent to Western cannon. The rear ammunition and crew compartment with rear hatch has been retained.

The main armament is a 120mm MG253 smoothbore cannon. A total of 48 rounds are carried and are manually loaded. Loading speed is increased due to the use of a 10 round electrically operated drum with ready to use ammunition. NATO standard ammunition can be fired including indigenous rounds and the LAHAT anti-tank missile. High quality fire contol systems and stabilizer provide a good accuracy, even when firing on the move. A 7.62mm MAG is mounted as a coaxial machine gun. A 60mm mortar can be fired from within the turret. Additionally one or two 7.62mm MAG machine guns are pintle mounted on the turret roof. A 12.7mm M2HB heavy machine gun can be coaxially mounted above the barrel.

The redesigned hull and turret provide even better all around protection than the Merkava 3. Especially the side protection levels are improved. This feature is valuable in urban combat. The composite armor is of modular design, allowing damaged sections to be replaced. Smoke grenade launchers and NBC protection are fitted as standard. The improved Mark 4M is fitted with the Trophy active protection system.

The tracked chassis with helical spring suspension provides good all terrain mobility. Unlike the previous Merkava models the power to weight ratio is on par with other modern tanks. The 1.500 hp diesel engine provides a maximum speed of 64 km/h.

The Merkava 4 is only used by the Israeli army. There have been no exports. The total number of Merkava 4 tanks that have been ordered is over 600 and production will continue for several years. 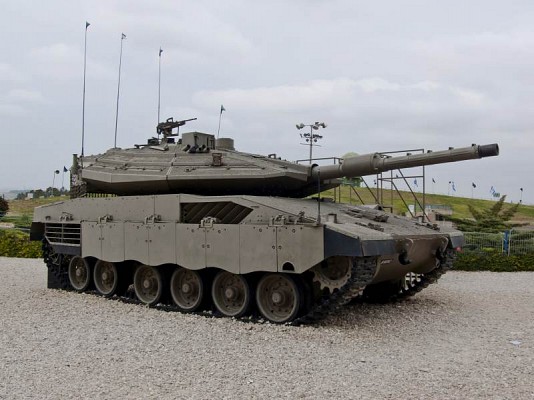 Merkava 4: The Merkava Mark 4 is a modern main battle tank. Compared to the previous models the hull has been fully redesigned and the turret has a more round and symetric saucer shape.

Merkava 4M Windbreaker: Mark 4 fitted with Tropy active protection system. Although trailed since 2007 this upgraded model was introduced in active service in 2011. Parts of the Trophy system are visible on the turret sides. 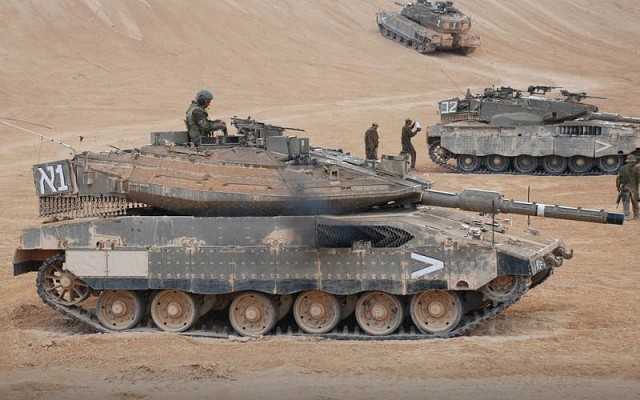 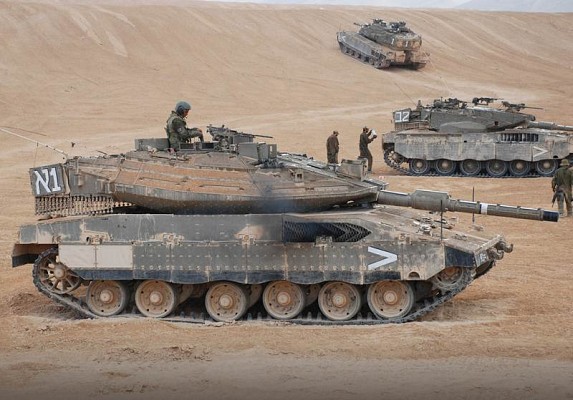 Right side view of Merkava 4 with gun depressed. 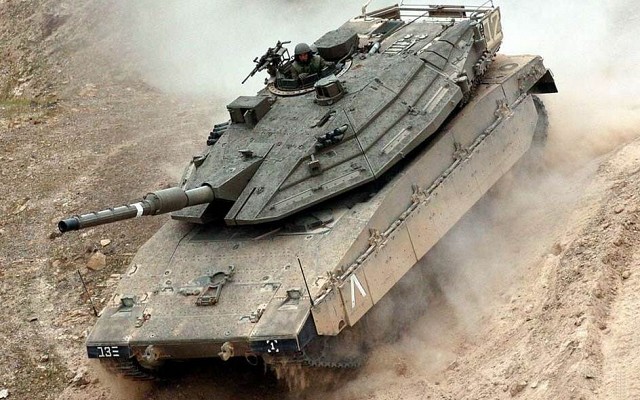 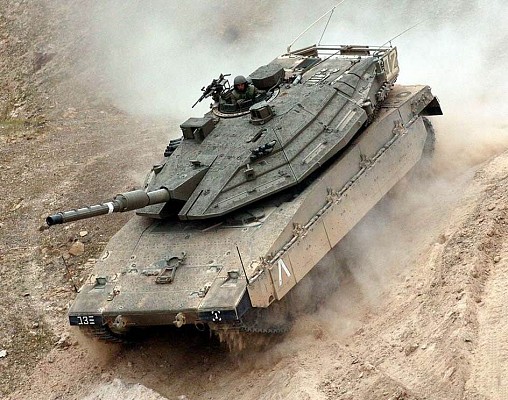 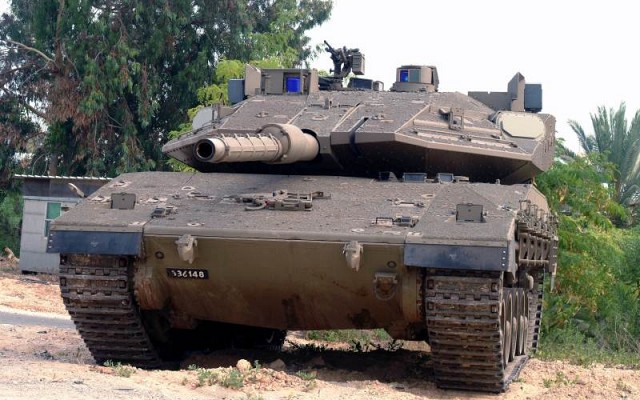 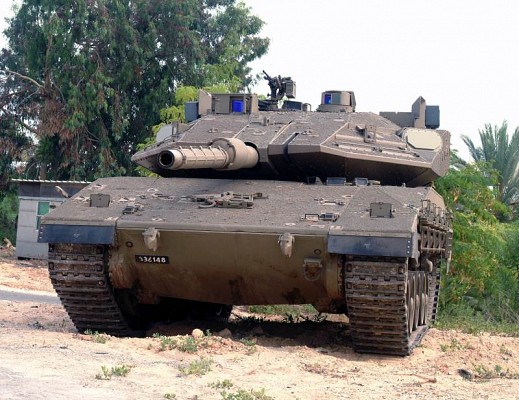 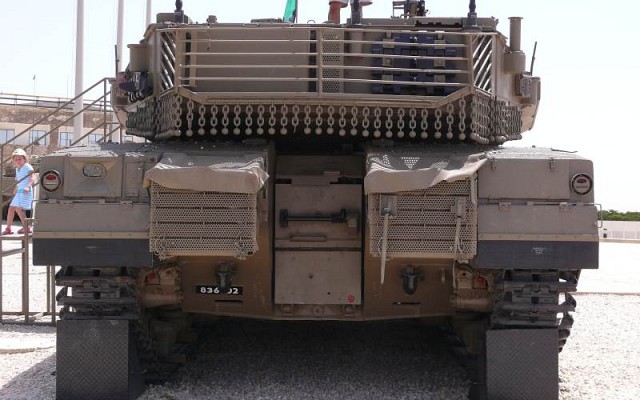 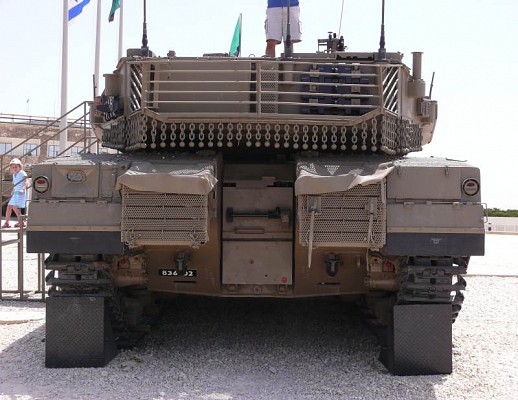 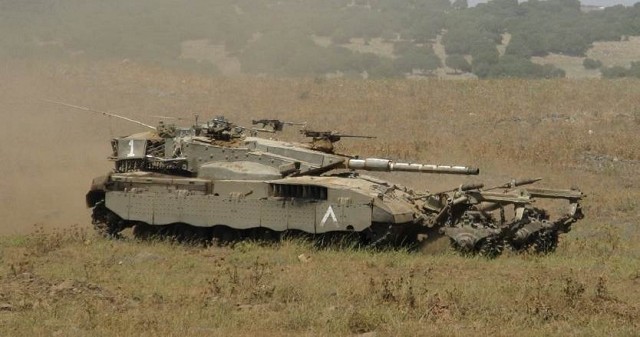 The Merkava 4 is the latest iteration of the original Merkava series of main battle tanks. 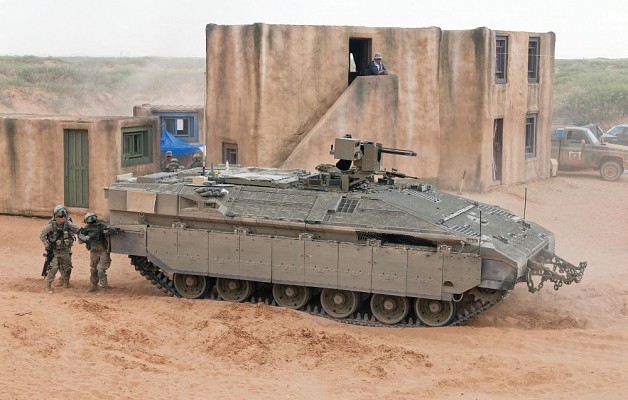 The Namer heavy armored personnel carrier is based on the chassis and automotive components of the Merkava 4 main battle tank.