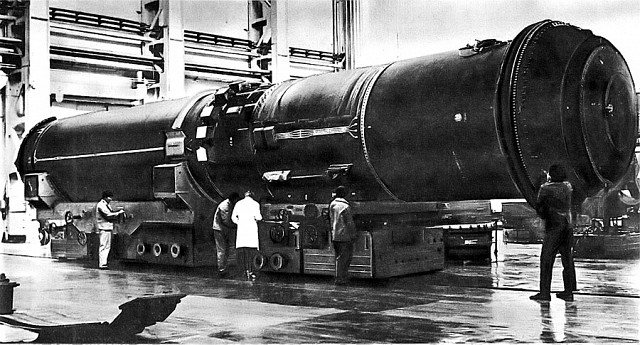 The R-39 Rif is a late Cold War era submarine launched ballistic missile of Soviet origin. The R-39 is the largest SLBM ever produced and armed the Project 941 Akula (NATO: Typhoon) class ballistic missile submarines. The R-39 has an intercontinental range and high throw weight. By the mid 2000's all of these missiles were out of service. The R-39M Grom was to be the successor, but

The R-39 is a large and heavy missile that consists of three solid fuel stages. The warhead section and course correction thrusters are liquid fueled. The warhead section uses astroinertial guidance to aim and launch each of its 10 multiple independently targetable reentry vehicles. The R-39U Rif-U became operational in 1988/89 and launches its MIRVs with higher precision. The D-19 launch protects the R-39 missile within the Project 941 submarine. Within the launch system the R-39 has a gas booster at the bottom for missile ejection. Upon launch a gas generator is used to create a temporary cavity in the water for easier launch when submerged.

The R-39 has a warhead section with up to 10 MIRVs. Each MIRV has a thermonuclear warhead with a yield of 100 to 200 kT. Accuracy of each MIRV is reported as having a CEP of 340 to 500 meters. The maximum range of the R-39 is 8.300 km with maximum payload. R-39 missiles can be launched while the Project 941 submarine is submerged and travelling at low speed. 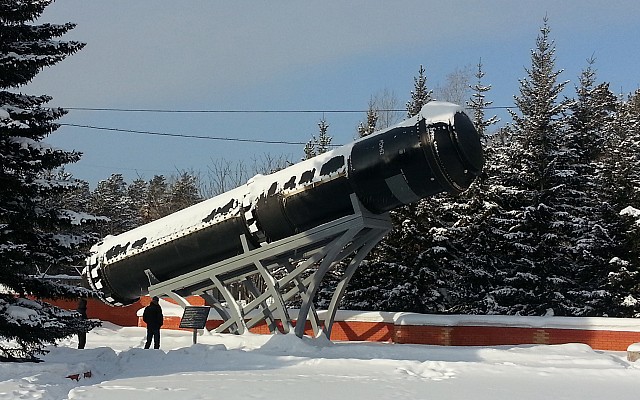 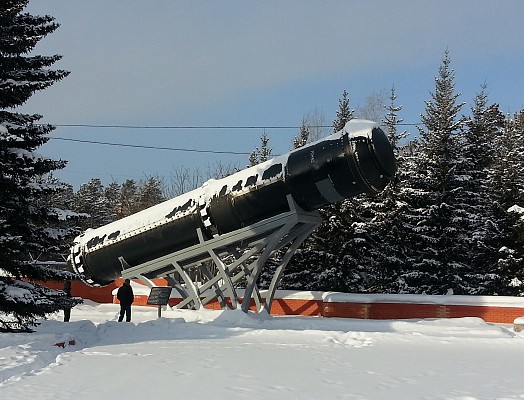 R-39 Rif launch container converted for display in a museum. 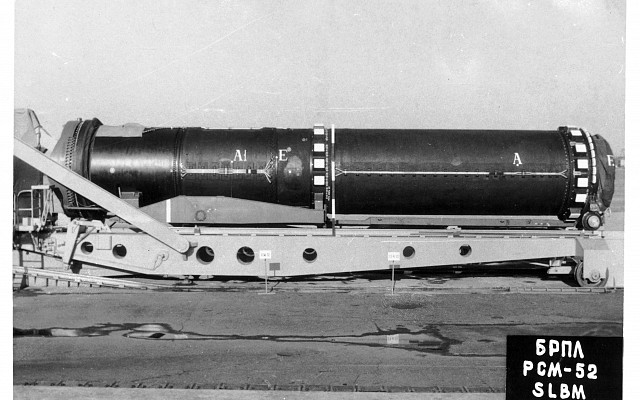 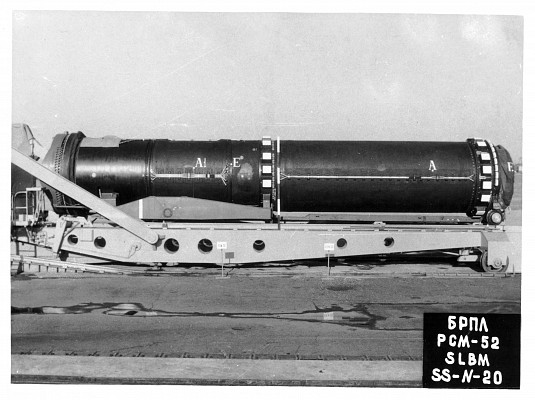 Side view of R-39 Rif launch container on a land based launch pad. 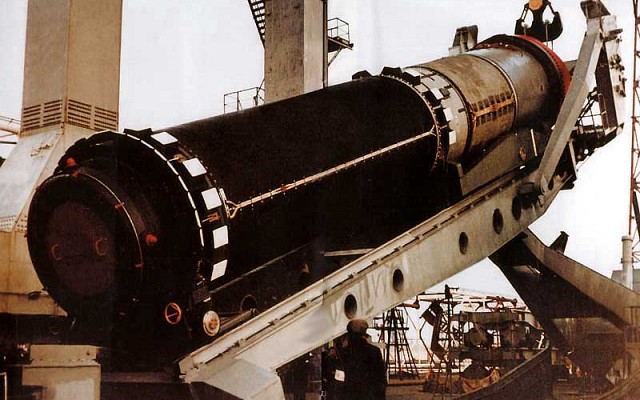 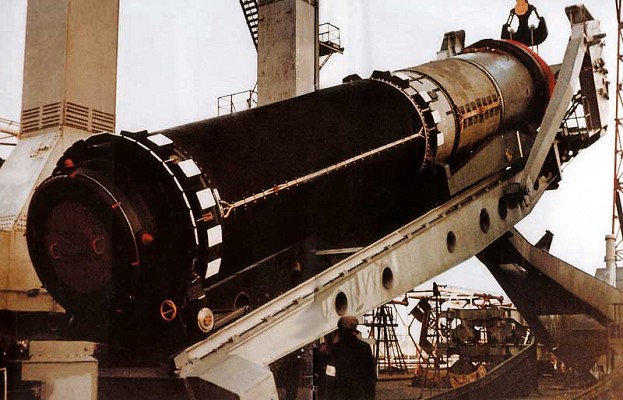 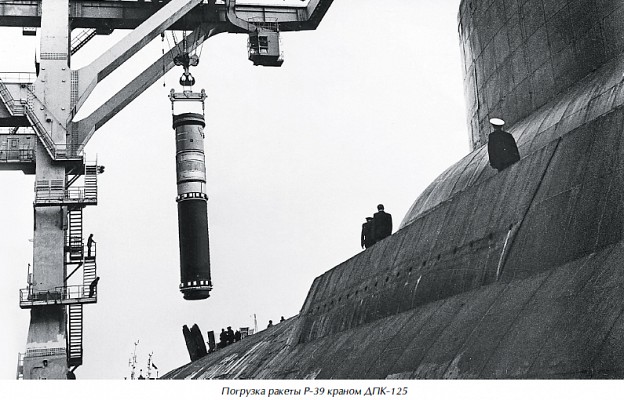 R-39 being hoisted into the launch tube of a Project 941 Akula (NATO: Typhoon) class submarine. 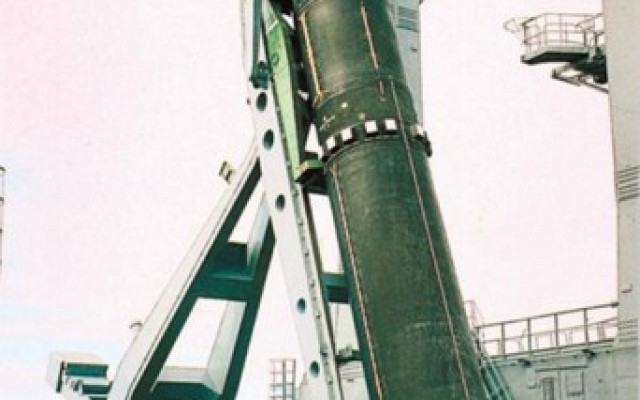