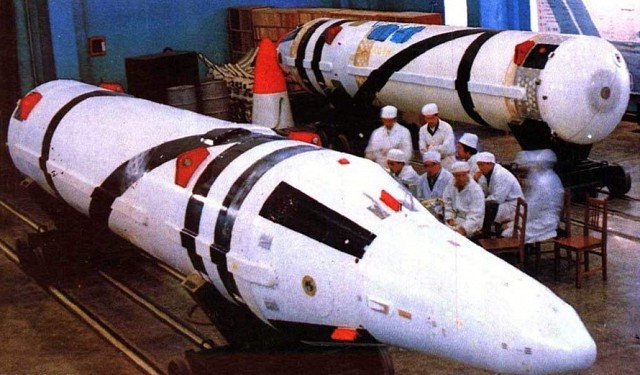 The JL-1 is a two stage ballistic missile. It has a large solid fuel booster section and solid fuel warhead section. It has a unitary nuclear warhead. JL-1 missiles have been overhauled to JL-1A standard in the 1990's. Improvements are believed to include GPS guidance and increased range. This was achieved by either a reduced weight or improved rocket fuel.

The JL-1 missile was test fired on land and from a Golf class submarine modified in China. The indigenous Type 092 class ballistic missile submarine (NATO: Xia) was fitted with 12 launch tubes for the JL-1. One or two Type 092 class submarines were produced. In the 1990's a Type 092 submarine was overhauled and refitted for the improved JL-1A. It is believed that the JL-1 series was decommissioned in the 2010's. The more capable JL-2 succeeded the JL-1 in Chinese service. 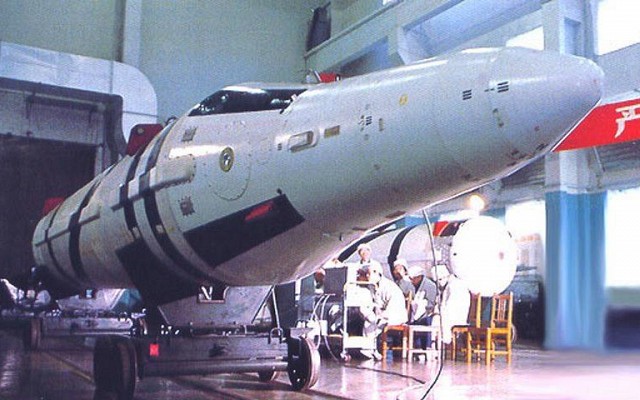 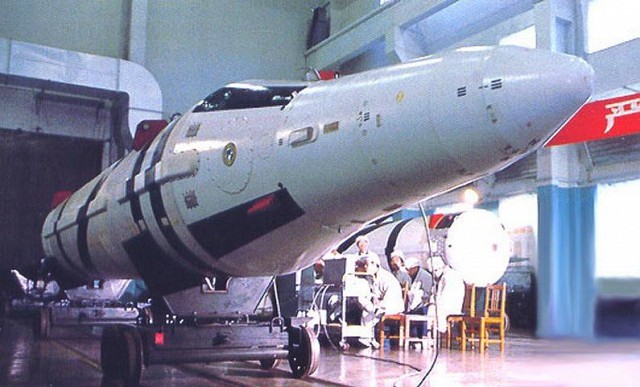 JL-1 SLBM during land based maintenance. 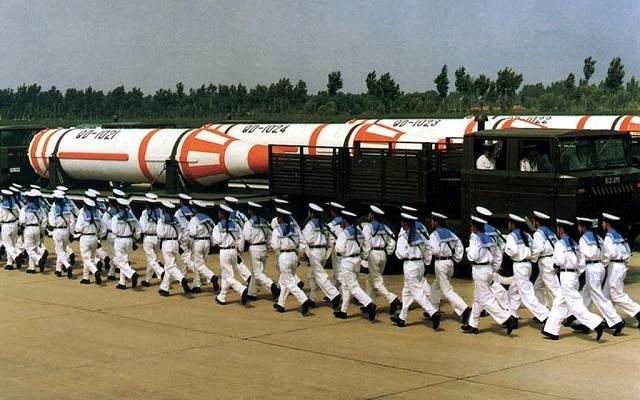 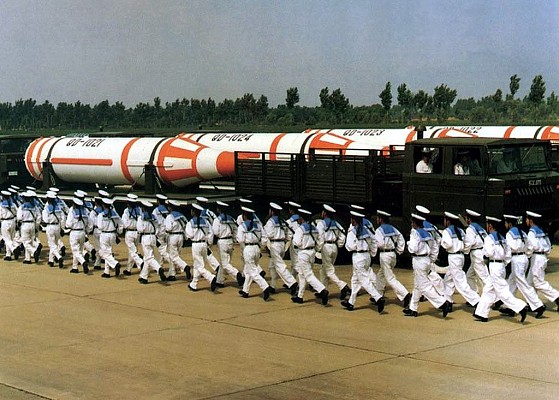 JL-1 on display during the military parade in 1984. 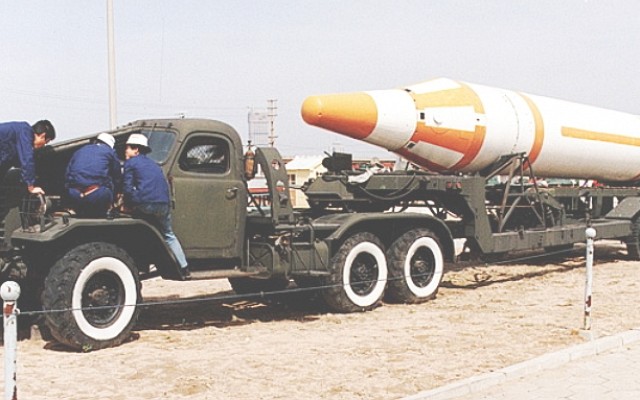 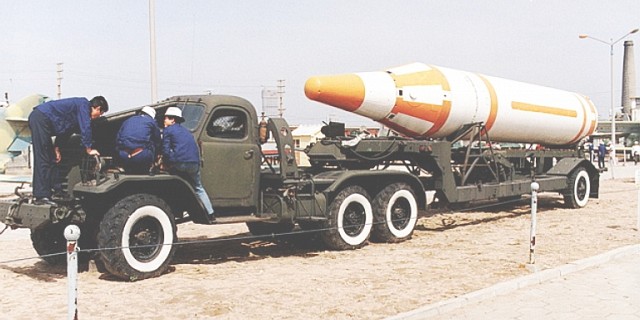 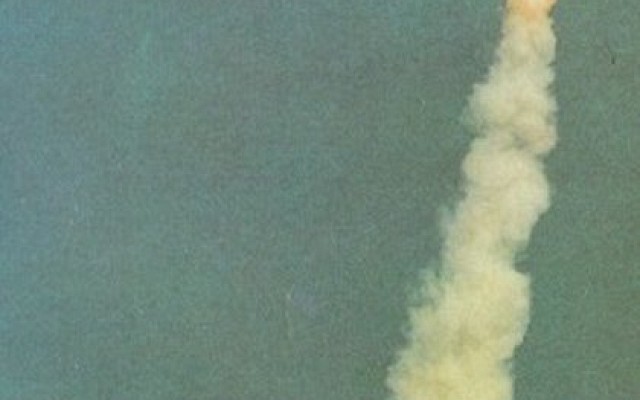 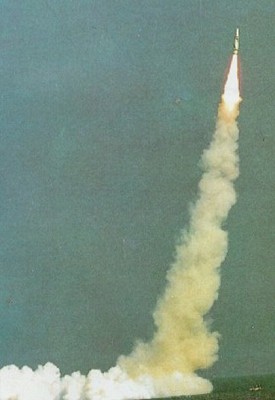