The Type 19 is a wheeled self-propelled howitzer of Japanese origin. It was developed in the 2010's to replace the towed FH-70 in Japanese service. The Type 19 is to have a longer range, better suited for shoot and scoot operations and have a higher degree of network integration. The ordnance and associated loading systems are produced by Japan Steel Works. Integration with the modified truck chassis is carried out by Mitsubishi Heavy Industries.

The Type 19 combines the 155mm L/52 howitzer as used on the tracked Type 99 with an 8x8 MAN HX tactical truck chassis. The crew operates the howitzer in the open. In the firing position a large platform is lowered at the rear using hydraulic jacks. It seems likely that most ammunition and some of the gun crew are carried on a separate tactical truck.

The ordnance is a 52-caliber howitzer that fires NATO standard 155mm ammunition. This results in a longer range compared to the 39-caliber FH-70. Loading is seems to be assisted to reduce fatigue and increase rate of fire. Maximum range is 40 km with a Type 93 base bleed shell. An integrated fire control system should result in a fast response time and improved accuracy. Loading can be carried out at any angle. The Type 19 may have a multiple round simultaneous impact capability. There is no secondary armament.

A MAN HX series 8x8 all terrain tactical truck serves as the basis for Type 19. This should provide equal or better performance than the FH-70, both on and off the road. Speed, range and engine power aren't public yet. Maximum road speed is estimated at about 80 km/h.

The Type 19 seems to be a soft skin vehicle. Although it is possible that the cab is protected against small arms fire. The gun crew is in the open when operating the howitzer. The main features to protect the crew are the standoff range of the howitzer and the improved shoot-and-scoot capabilities over the towed FH-70.

The Type 19 is being acquired by the Japan Ground Self Defense Force. Currently a limited quantity has been ordered for evaluation and training. As per Japanese policy a lengthy low rate production is to be expected. The Type 19 is not offered for export. 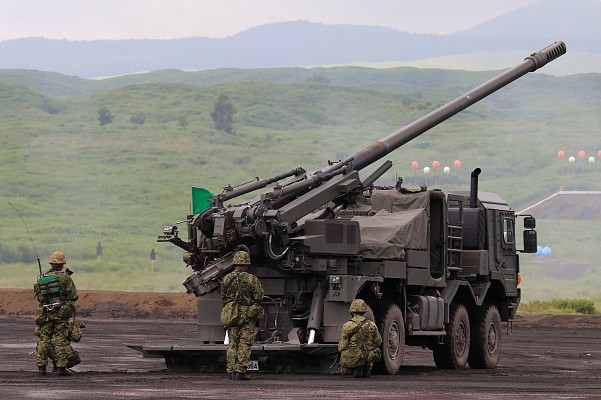 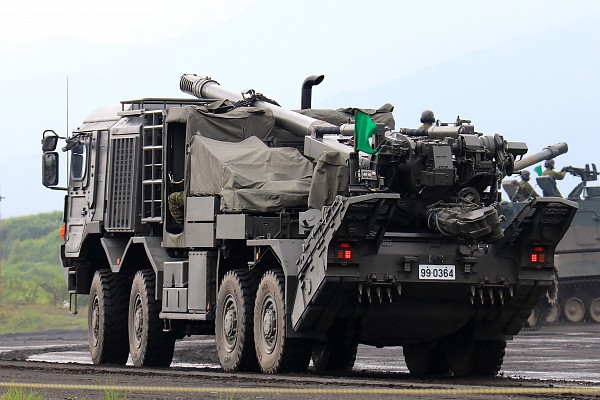 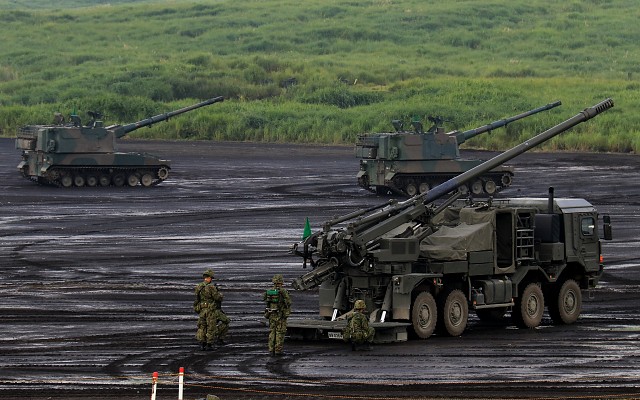 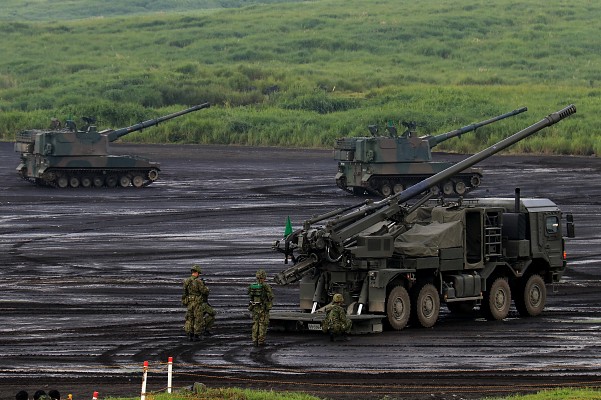 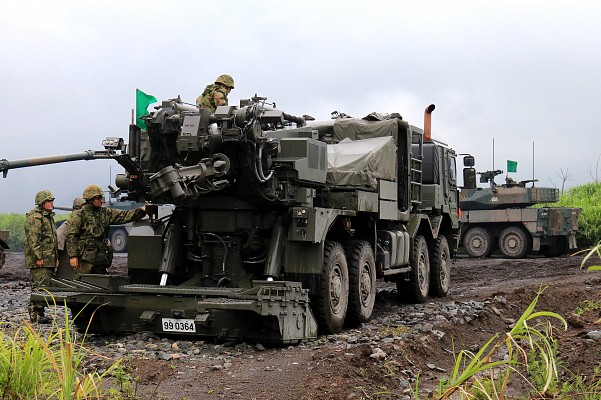 Rear platform of the JGSDF Type 19 self-propelled howitzer being lowered. 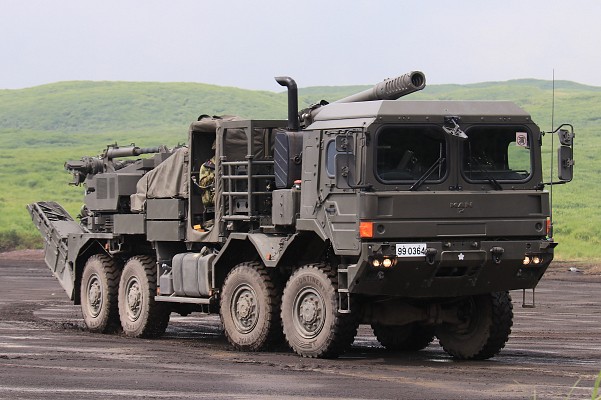 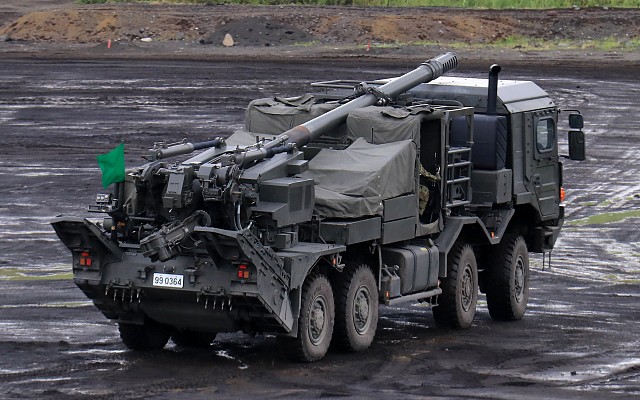 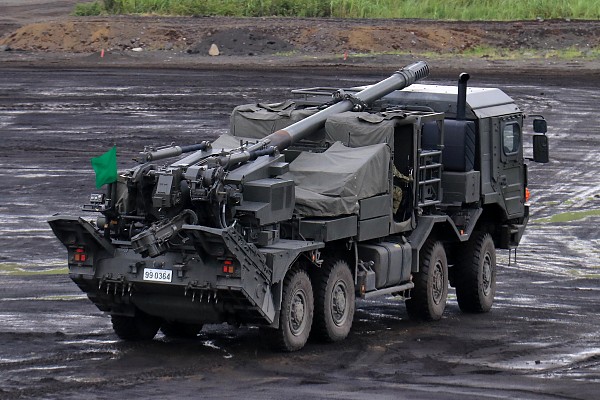 Prototype of the JGSDF Type 19 self-propelled howitzer in travel configuration.

The Type 19 was developed to replace the towed FH-70 in Japanese service.