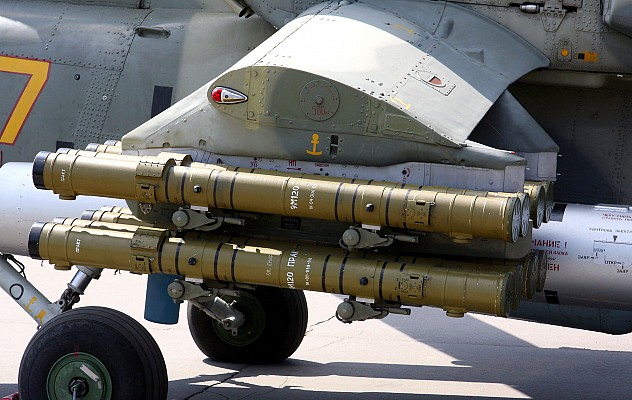 The 9K120 Ataka is an anti-tank missile system of Soviet origin. It was developed in the late 1980's and is operational since the early 1990's. The system is called 9K120 Ataka and its missile is known as the 9M120. In the West the NATO reporting name "AT-9 Spiral-2" is commonly used. The design is based on the earlier 9K114 Shturm (AT-6 Spiral), but performs better in penetration, accuracy and velocity.

The overall design is similar to the older 9M114 missile with the tandem warhead located at the front, followed by the guidance section with small control vanes, the solid fuel sustainer and the small booster stage at the rear. The missile is stored and launched from a plastic container. The guidance is SACLOS and a VHF radio command link is used. Besides the missile the 9K120 system consists of a sighting and guidance system.

The 9M120 is a powerful anti-tank missile with much improved performance over the older 9M114. The maximum range is 6 km for the 9M120 and the tandem warhead provides a penetration of 800 mm. In the improved 9M120M these figures are 8 km and 900 mm respectively. The accuracy is reported to be better than the older 9M114 system. A thermobaric and anti-helicopter version are available.

The Ataka-V is for airborne use and the 9M120 is mainly used on the Mi-28 helicopter. It is also installed on some Mi-24 and Mi-17 upgrades. The Ataka-S is a vehicle mounted version, which is used on the BMPT-72 Terminator infantry support vehicle. A ship launched version, the Ataka-T, is also developed and in service with Slovenia.

The 9M120 is in Russian service and has been exported to several nations. At this moment it is used only on helicopters. The 9K120 Ataka is in fierce competition with the newer 9K121 Vikhr (NATO: AT-16 Scallion) system. 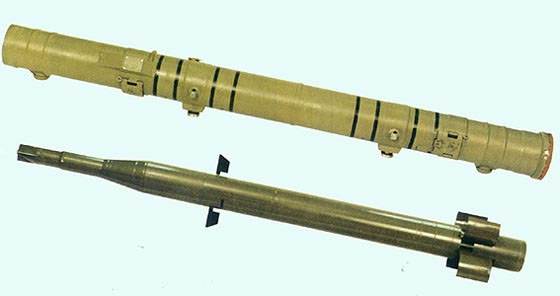 Variants of the Ataka missile

9M120
Original missile with tandem HEAT warhead for use against tanks. NATO reporting name AT-9 Spiral-2.
9M120M
Improved 9M120 with longer range and warhead with improved penetration.
9M120F
ersion with thermobaric warhead for use against buildings and fortified positions. The F stands for "Fugasnaya", which translates to "high explosive".
9A220O
Anti-helicopter version of the 9M120 with expanding rod warhead. A warhead type that is usually used on dedicated air to air missiles. It retains the radio command guidance. Also known as 9M120O. 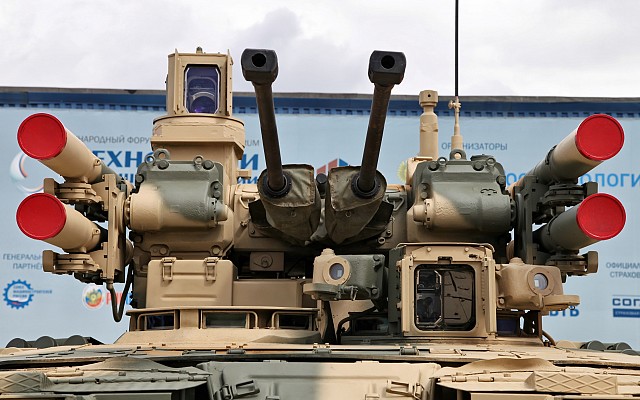 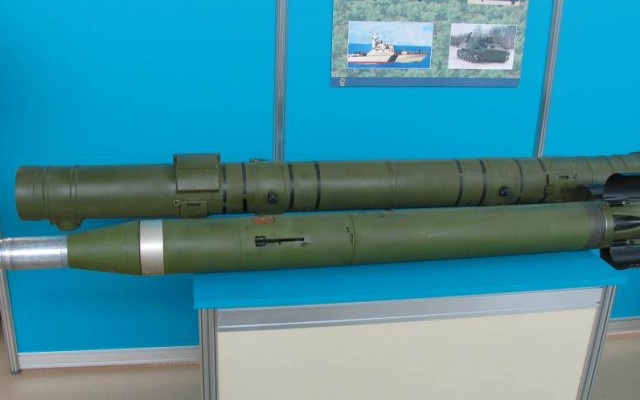 A 9M120 missile besides its launch canister. Note the stand-off probe which houses the charge to pierce ERA. 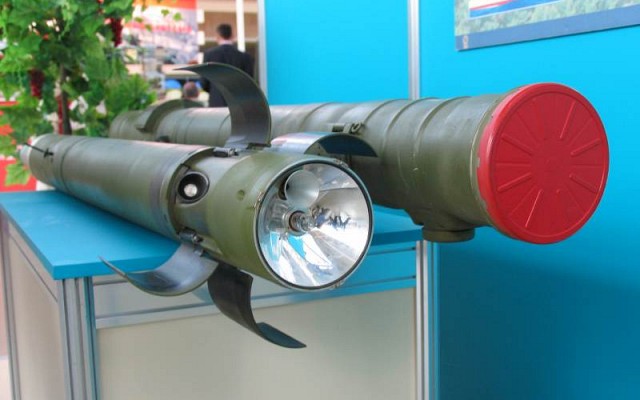 Rear view of the 9M120 clearly showing the wrap around rear fins. The 9M120 Ataka was developed as the primary armament of the Mi-28 attack helicopter. 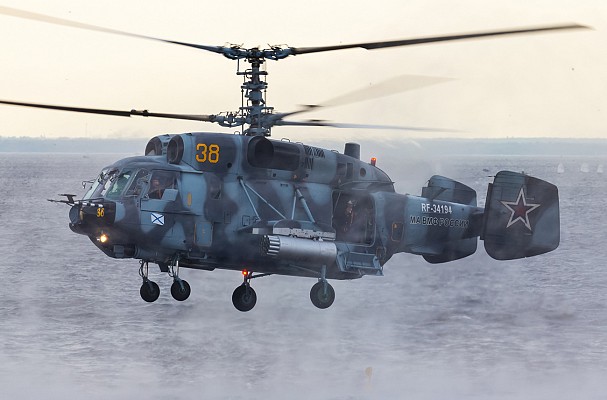 The Ka-29TB assault helicopter is listed as one of the launch platforms for the 9M120 anti-tank missile.