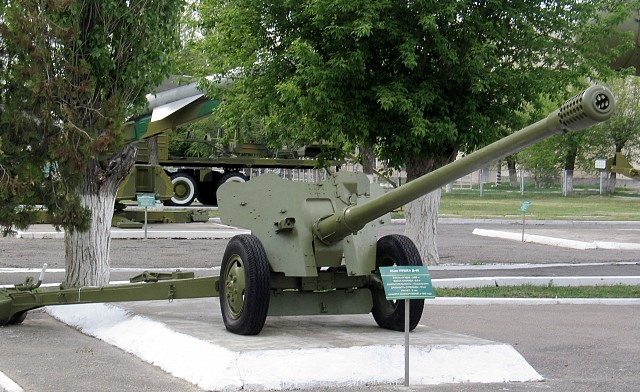 The D-48 is an early Cold War era anti-tank gun of Soviet origin. It was developed in the early 1950’s as an anti-tank gun to replace the heavier 100mm BS-3 with a lighter design. Due to the introduction of the more capable T-12 production numbers were limited.

The D-48 is based on the D-44 divisional gun, but modified to make it better suited in the anti-tank role. The emphasis of the D-48 is a very high muzzle velocity for its armor piercing ammunition. This is achieved by making the barrel longer and increasing the amount propellant. The propellant is increased by using necked down ammunition for the 100mm BS-3. For that reason the larger breech of the BS-3 is used on the D-48. Issues with the muzzle brake delayed the design for several years, until the introduction of a pepperpot style muzzle brake. The D-48 uses a split trail carriage with a gun shield.

The armor piercing round for the D-48 has an armor penetration of 195 mm RHA at 0.5 km and 185 mm RHA at 1 km. The effective range for AP shells is 1.2 km. For HEAT this is 0.9 km. Although the D-48 is not intended as an artillery piece, there is a HE-Fragmentation shell available. This has a maximum range of 19 km.

The D-48 is a towed gun. The Ural 375D and ZiL-131 trucks were standard issue. Alternatively an AT-P artillery tractor can be used. Maximum towed speed is 60 km/h on asphalt roads. Over short distances the D-48 can be manhandled. Several variants with auxiliary power unit were developed. None of those were adopted. 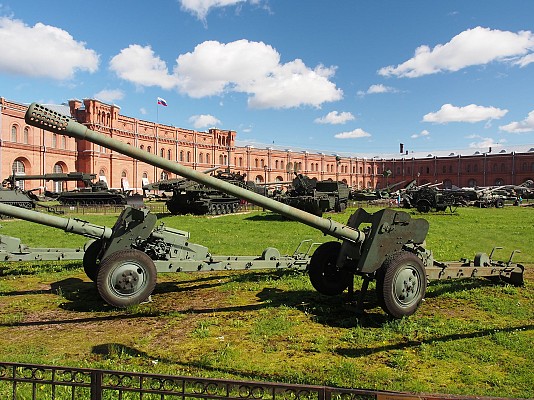 The D-48 was adopted by the Soviet Union in 1955. Less than 900 guns were produced. The main reason is the introduction of the more capable 100mm T-12 anti-tank gun. Many ex-Soviet guns were exported to nations with close ties to the Soviet Union. Reportedly, the D-48 was produced in China as the Type 60.

Variants of the D-48 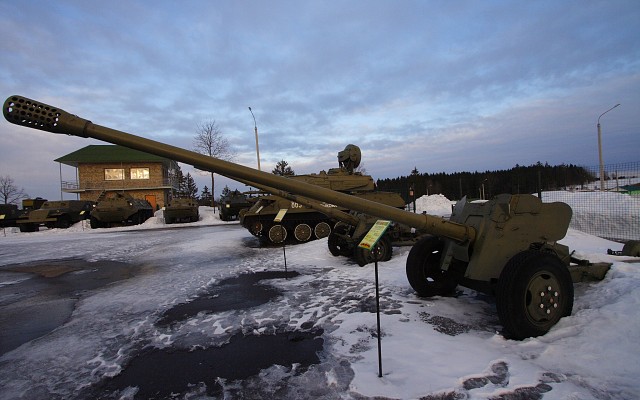 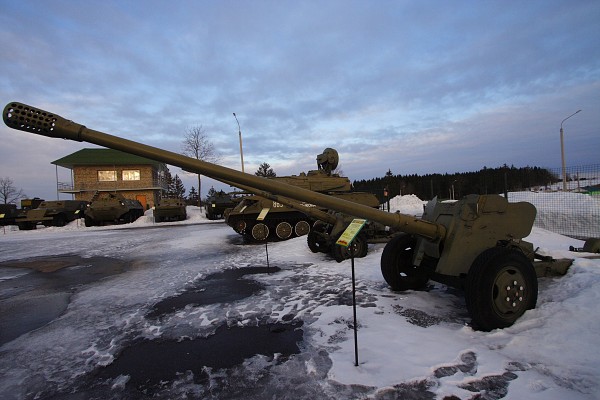 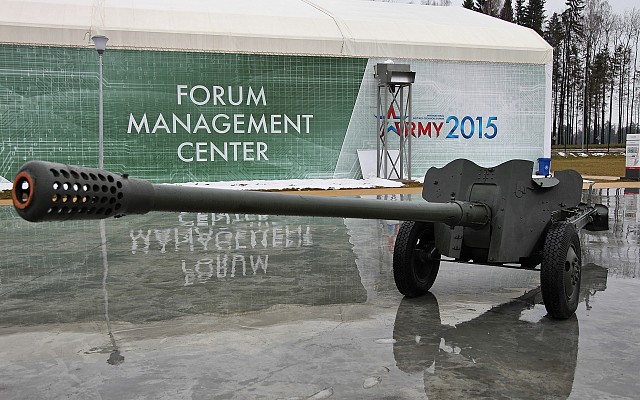 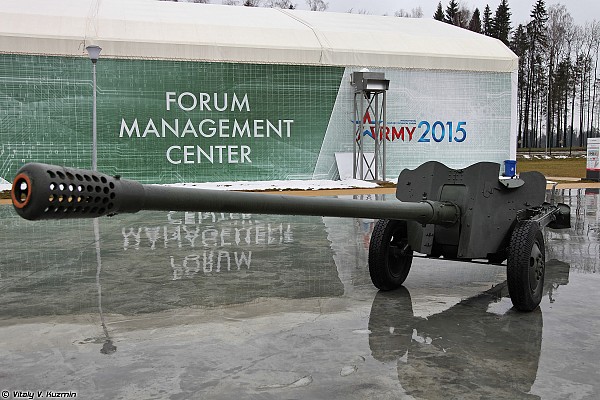 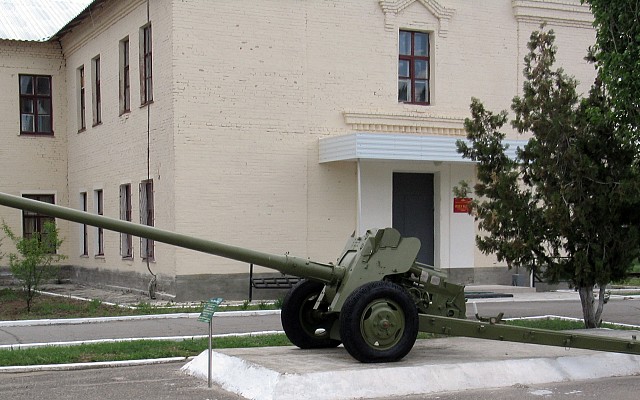 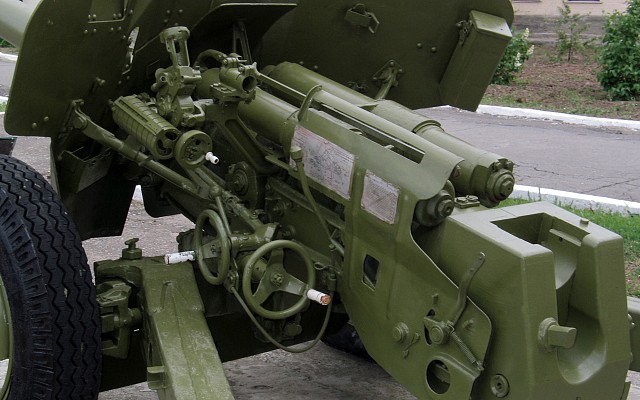 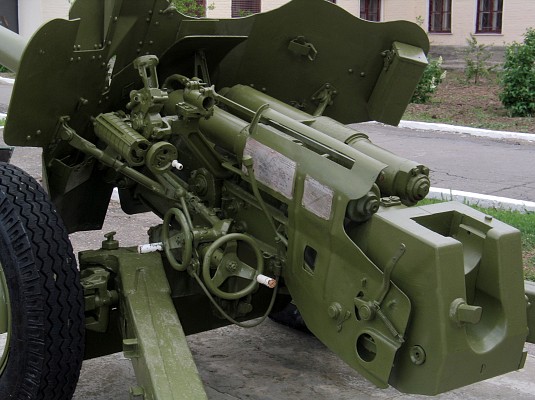 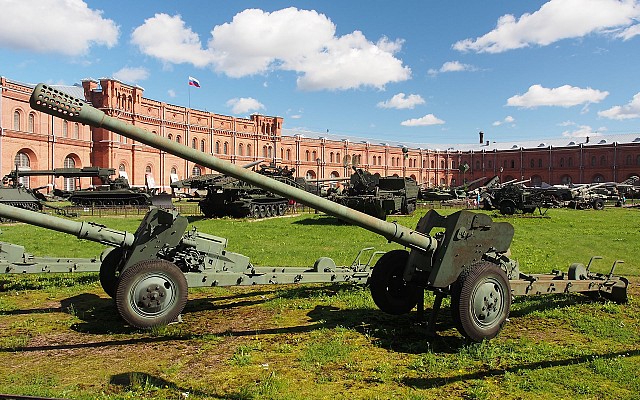 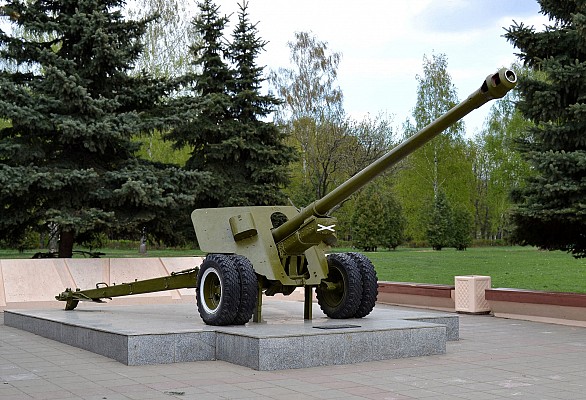 The D-48 uses the breech mechanism of the BS-3, an older and larger caliber anti-tank gun.