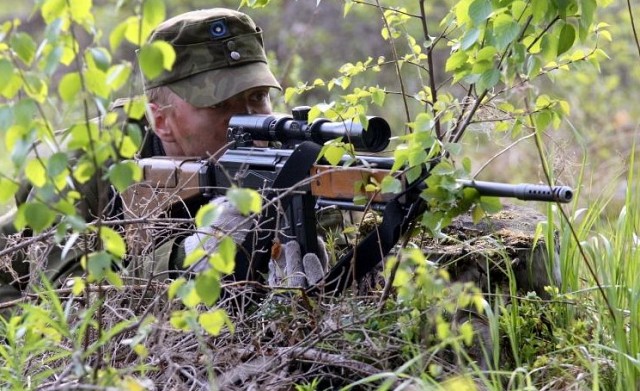 Galil Sniper in use with the Estionian military in 2006.
Source: Estonian army - © Copyright lies with original owner

The Galil Sniper is based on the 7.62mm NATO variant of the Galil assault rifle. It is fitted with a two stage trigger, large wooden stock, heavy barrel and is only available in 7.62mm NATO. It is most commonly used with a Nimrod 6x40 optical sight. Over time the furniture was changed to reduce weight and improve ergonomics.

The Galil Sniper fires the 7.62x51mm NATO round from a 10 or 25 round magazine. They are semi-automatic and can be used up to 800 meters. Accuracy is reported to be less than a bolt-action rifle. The upside is its ability for rapid follow-up shots. 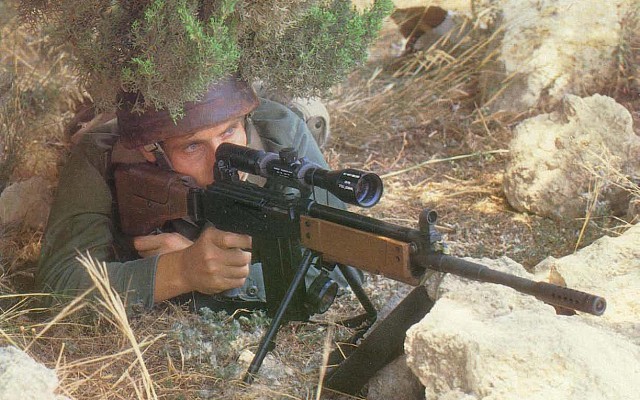 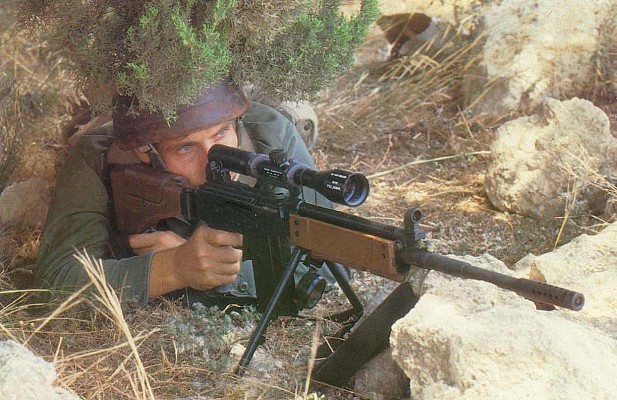 Galil Sniper in use with the IDF.

Galil Sniper in its original guise with wooden furniture. 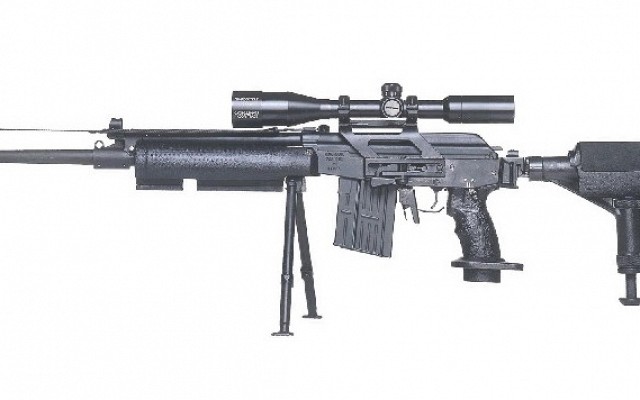 SR-99 variant of the Galil sniper. 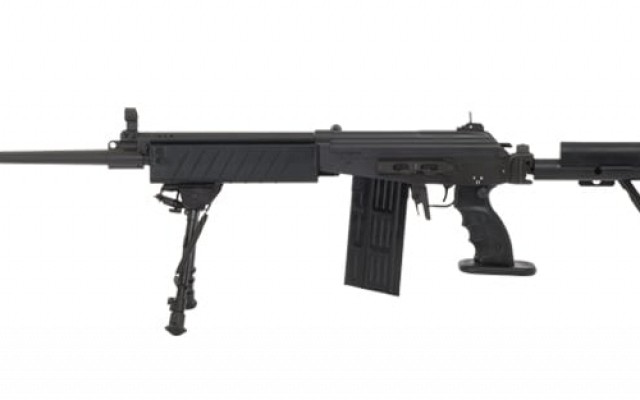 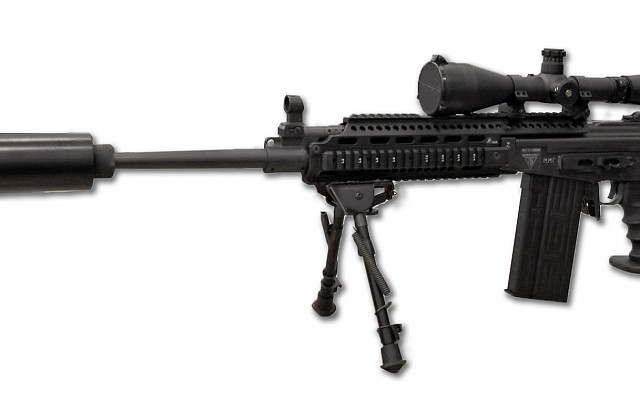 Left side view of Fort-301 with accessory rails and suppressor. 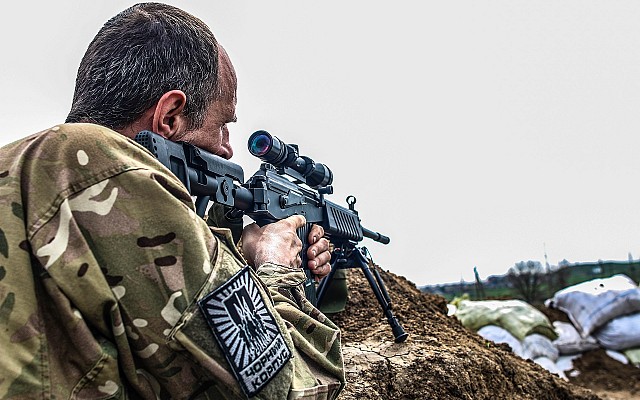 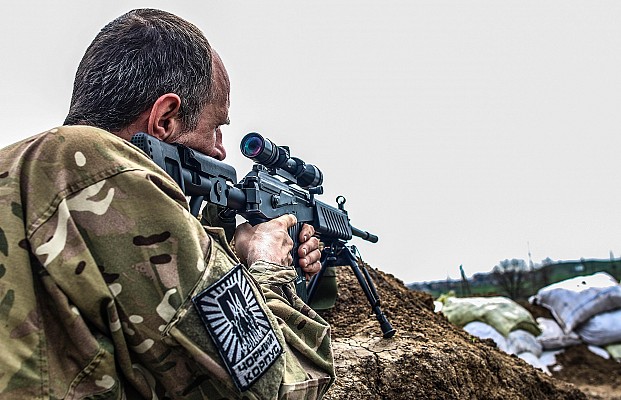 Fort-301 sniper rifle in use in Ukraine. 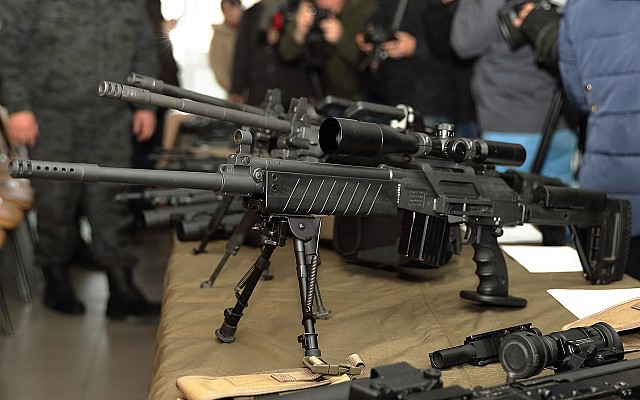 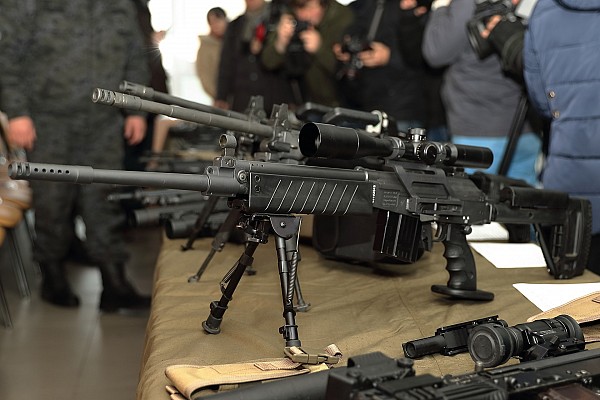 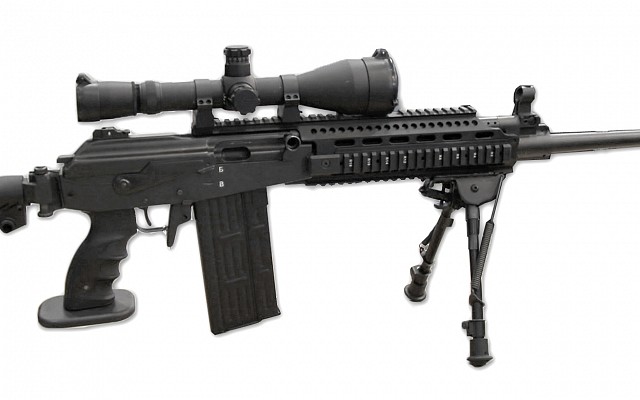 Right side view of Fort-301 with accessory rails and suppressor. 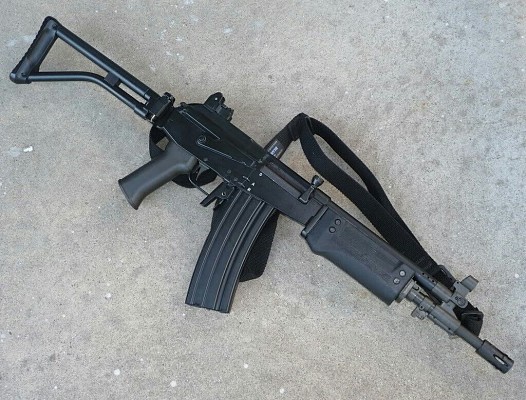 The Galil Sniper is a heavily modified version of the Galil AR series chambered in 7.62x51mm NATO.

The Soviet SVD sniper rifle fulfills a similar role as the Galil Sniper. Both weapons favor ruggedness and semi-automatic fire over extreme accuracy.