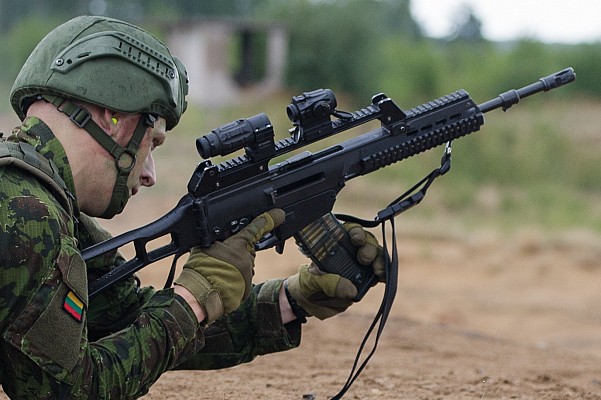 The G36 is an assault rifle of German origin. It was developed by Heckler & Koch in the early 1990's as a new assault rifle for the German army. The G36 is a departure from H&K's high quality, but very expensive and heavy roller locking system. The G36 has been influenced by various weapon systems and the internal mechanism is rather similar to the AR-18. The name G36 stands for "Gewehr 36".

The G36 is a modern assault rifle that has been influenced by The G36 is gas operated, has a short stroke gas piston, uses a rotating bolt and fires from a closed bolt position. Most of the exterior is made of high strength polymer and results in low weight. The German model has a dual sight unit consisting of a 3x scope with a non-magnifying reddot scope on top. The export model has a 1.5x reddot sight and later a Picatinny rail for mounting various optics became available. From the full size G36 model the G36K carbine and G36C compact models were derived.

The G36 fires the 5.56x45mm NATO round from a 30 round translucent magazine or 100 round C-mag. It is a select fire rifle that is available with a variety of trigger groups. The cyclic rate of fire is 750 rpm. The effective range is 400 meters for the full size G36 and 200 meters for the sub compact G36C. The G36 and G36K can be fitted with the AG36 under barrel grenade launcher.

The G36 was adopted by the German military as the standard issue assault rifle. The G36 has been adopted by Spain and several smaller nations as its standard issue weapon. Additionally various law enforcement, counter terrorist and special forces units around the world have the G36 in their inventory. 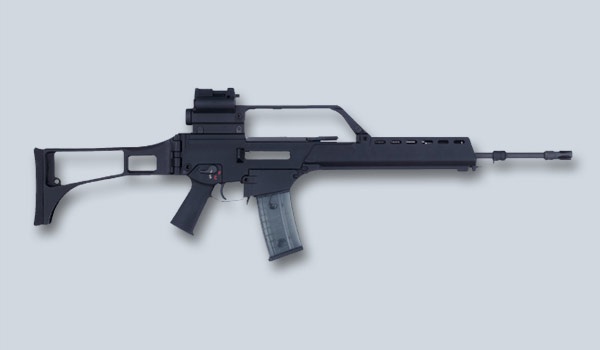 Full size rifle variant of the G36. Those adopted in 1997 for German military service featured a dual sight setup. This consisted of a red dot sight on top of a 3.5x scope. For export purposes a single sight setup with 1.5x optic was offered as the G36E. The G36E was superseded by the G36V, which introduced a new type of adjustable stock, various options for sight rails with or without iron sights and various types of handguard, including aluminum ones instead of polymer.

Carbine variant of the G36. The K stands for Kurz, which is German for "short". The G36K has a shorter barrel and handguard. It cannot mount a bayonet or fire rifle grenades. The AG36 underbarrel grenade launcher can still be used.

The G36K has the same German dual sight setup as the G36. The G36KE has the 1.5x export sight. The G36KV has the modular design with various types of stocks, sight rails and accessory options. 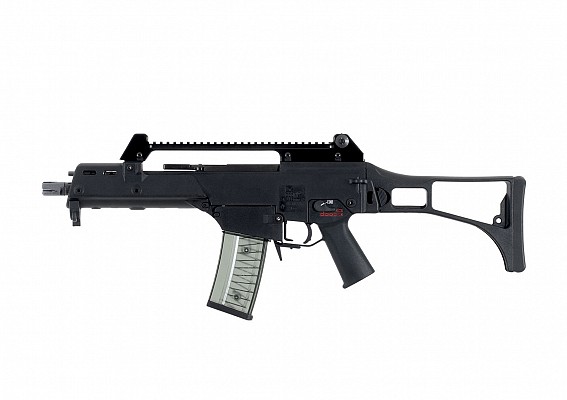 Compact assault rifle variant of the G36. Sometimes referred to as a sub machine gun. The G36C has the shortest barrel length of all G36 variants. It also has a shorter shoulder stock. Many varieties exist.

The G36C is described in further detail in a separate article. 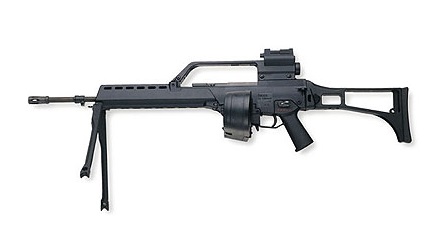 The MG36 is described in further detail in a separate article. 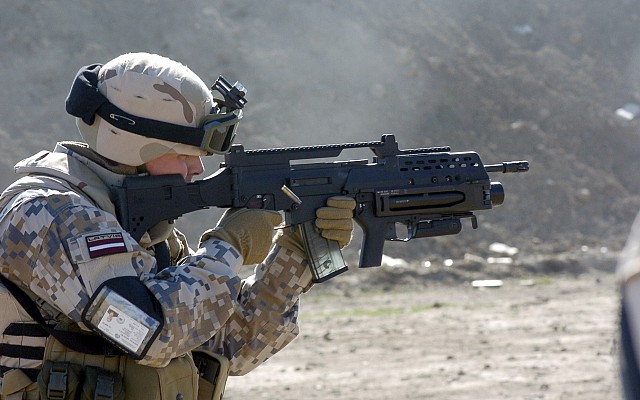 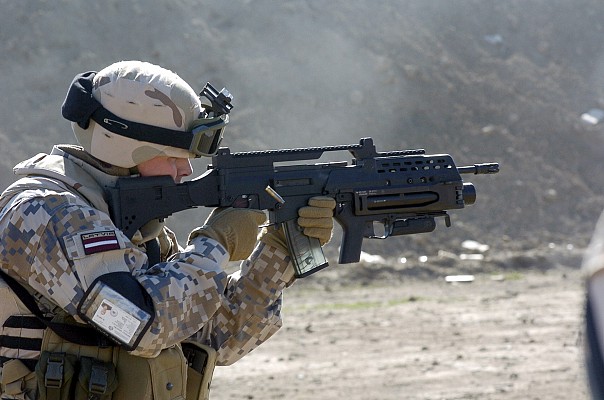 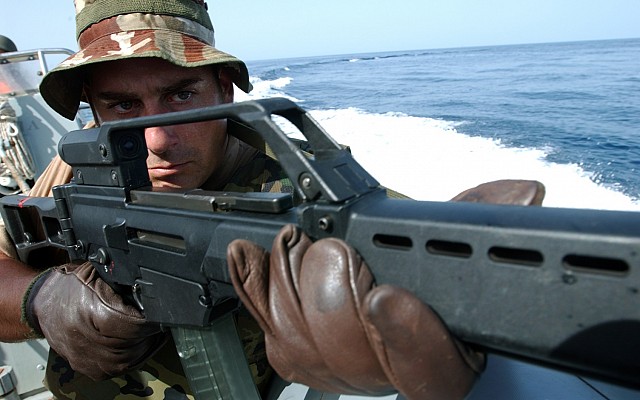 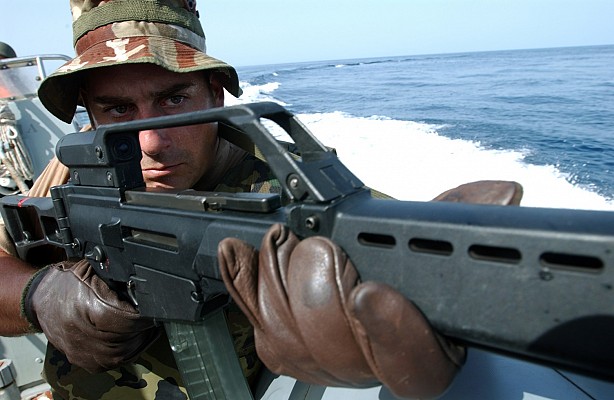 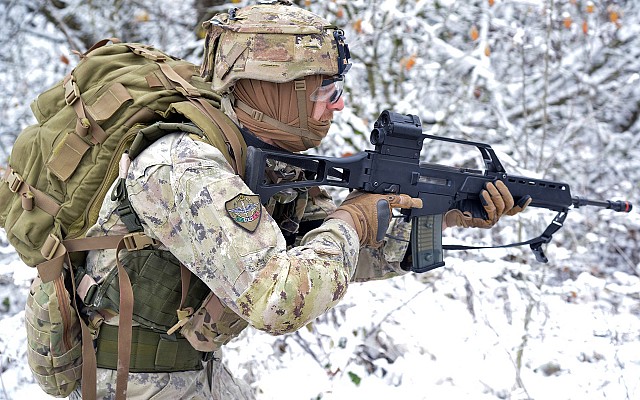 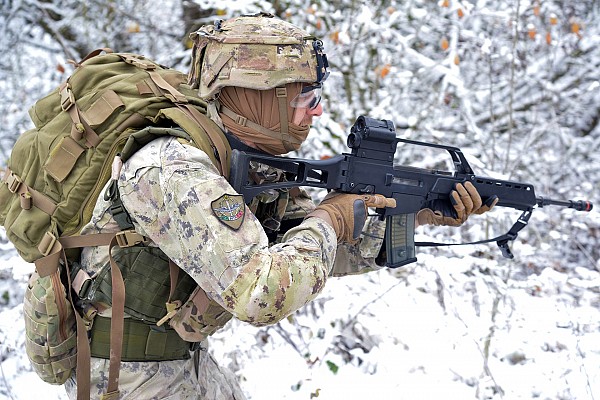 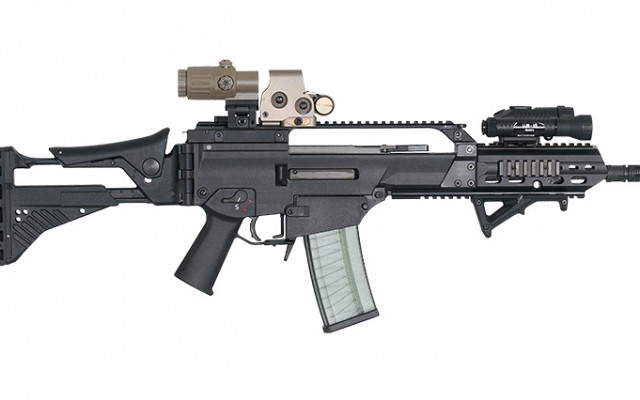 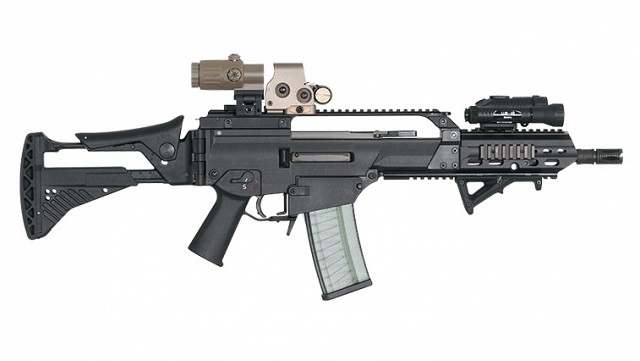 Right side view of modern G36KV variant with various accessories. 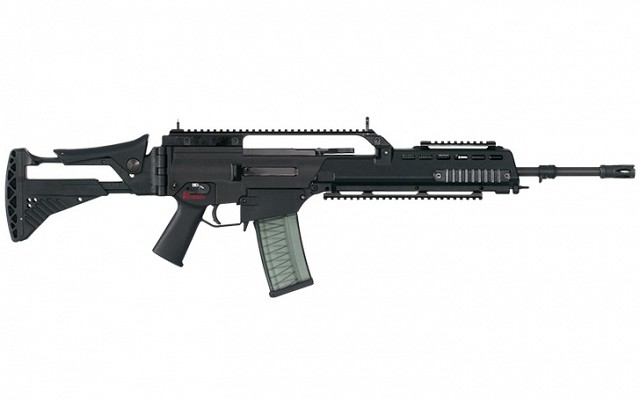 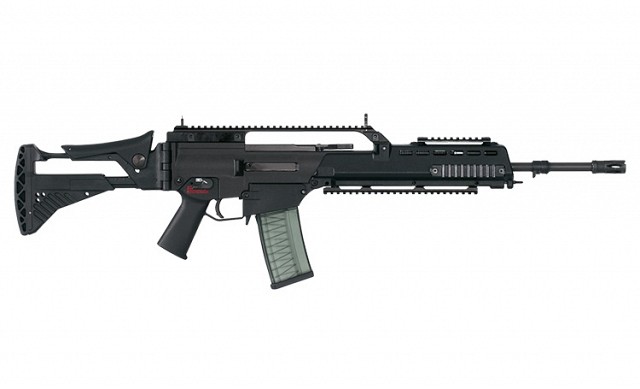 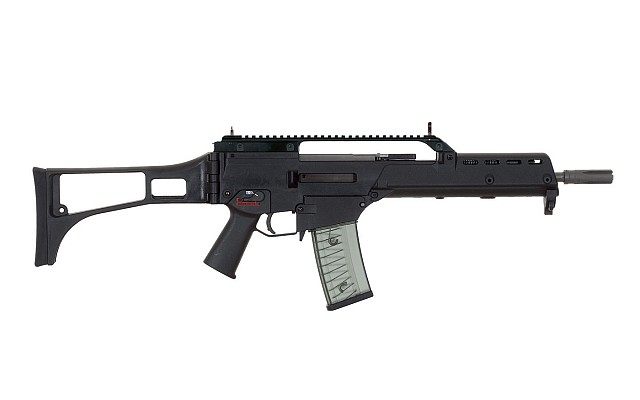 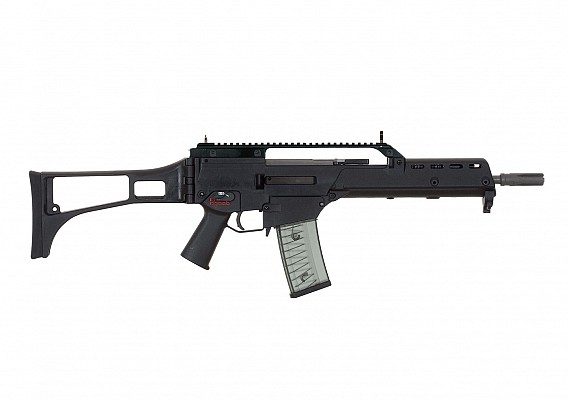 Right side view of G36KV with low Picatinny sight rail.

The G36 replaced the G3A3 as the standard issue assault rifle in German military service.