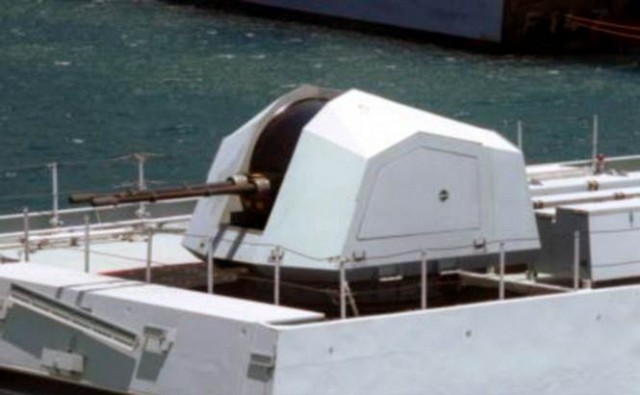 The DPG is a large unmanned turret. Two 35mm GA35 autocannon are mount side by side. The mount allows for a high level of elevation. The fire control computer is located on the mount itself. Radar input is used to detect and track targets. The radar is also used to track the rounds fired for correction of fire. An external TV and IR tracker allows for manual control against surface targets.

The DPG is fitted with two GA35 autocannon. The GA35 is derived from the Oerlikon 35mm autocannon. These belt-fed autocannon have a cyclic rate of 550 rpm per gun. Practical range against surface targets is 4 km. Aircraft are engaged up to 2.5 km range and incomming missiles from 1.5 km.

The DPG is used on the four South African Valour class frigates. A single 35DPG is fitted to the stern of each vessel. 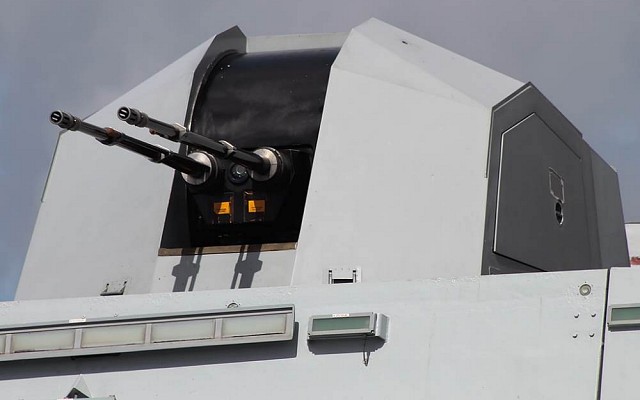 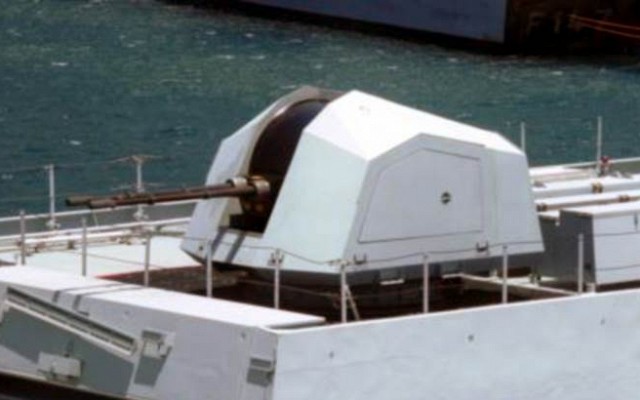