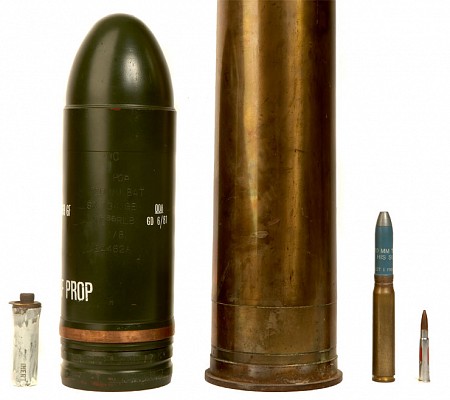 The BAT practically fires only a single type of ammunition, the 120mm L2 HESH round. The HESH round is effective against both armored vehicles, enemy positions and infantry. It is reported that smoke, illum and training rounds were developed but only used in very limited quantities.

The ammunition is of the separate loading type with the first part being the shell and the second part the metal casing with propellant. Although separate, the warhead and shell are often loaded as if they were single piece ammunition.

The HESH warhead is able to penetrate 400mm RHA. It is also effective against bunkers, light vehicles and infantry. In the original BAT the practical range was 800 m, with a maximum of 1.6 km. With the use of the Bren and .50 caliber spotting rifles the later MOBAT and WOMBAT were used up to ranges of 2 km. 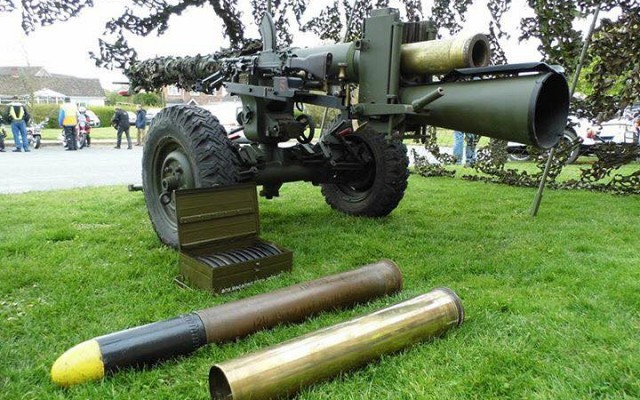 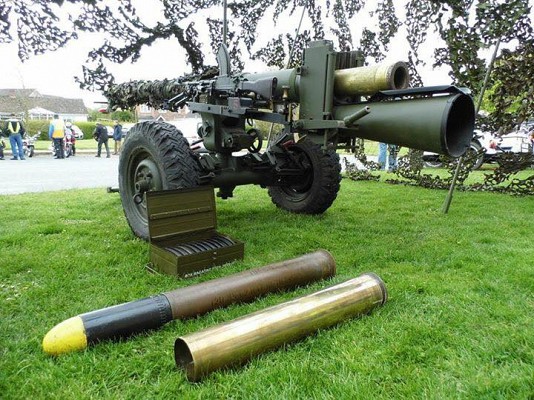 120mm L2 HESH training round next to a deactivated MOBAT recoilless rifle. 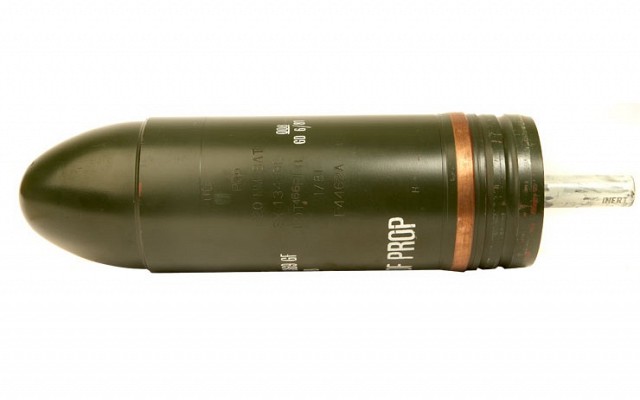 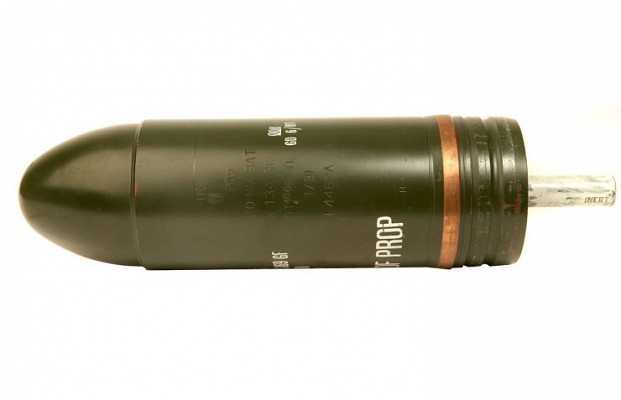 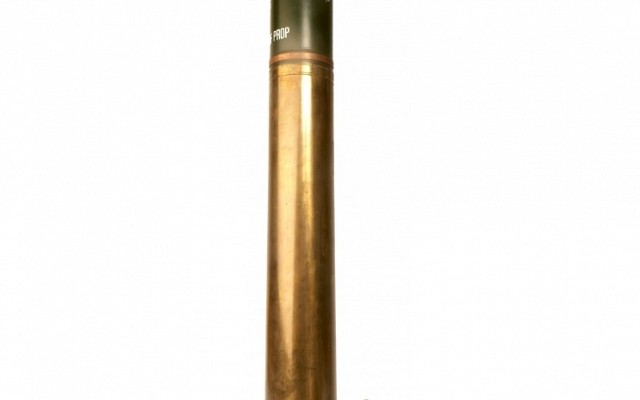 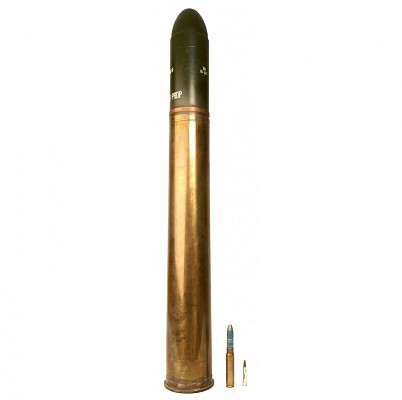 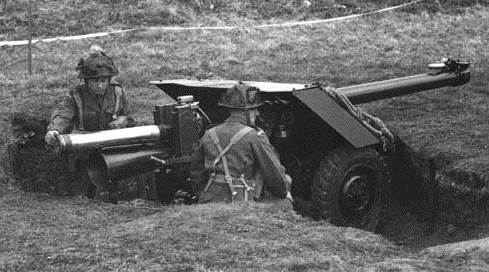 The L2 HESH was introduced in 1953 on the BAT recoilless rifle with its large gunshield. 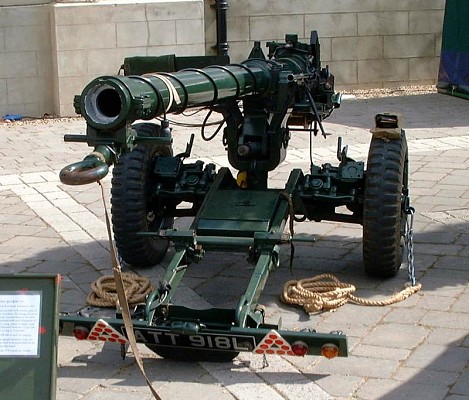 The L2 HESH remained in service on the MOBAT, which is a lighter BAT without gun shield.