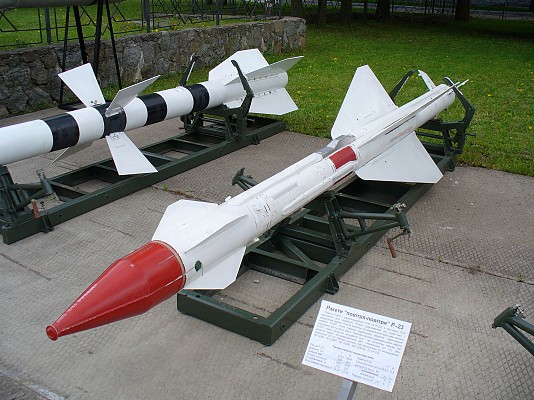 The R-23 air to air missile comes with either SARH or IR seeker. The R-23R is the SARH variant, which has a longer pointed nose. The IR variant has a round nose with glass window. Otherwise both missiles are identical.

For the MiG-23ML/MLD the improved R-24 series was introduced. By using rocket fuel with higher energy density the range and speed are improved. Each seeker type was improved as well. The SARH variant gained lock-on after launch ability. The IR guided variant has better sensitivity, improving the practical range. On both missiles minimum engagement range was reduced significantly. 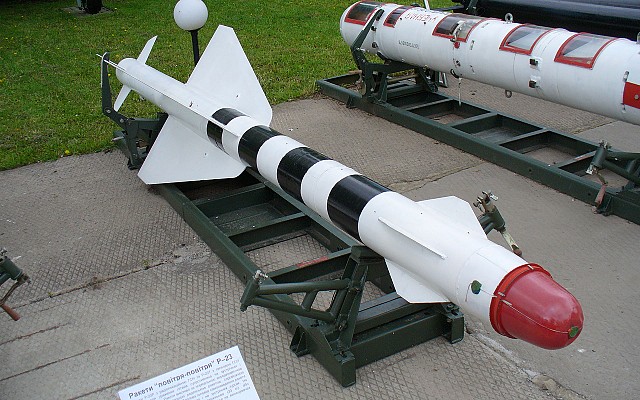 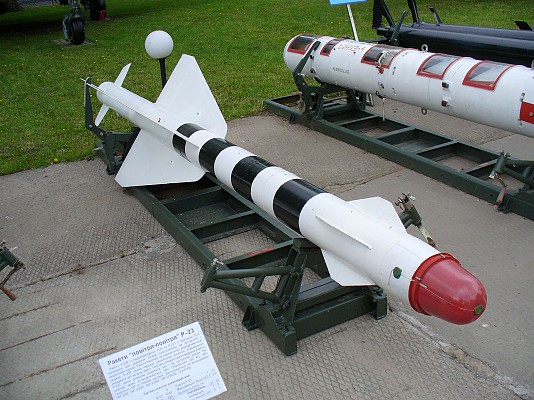 Infrared homing R-23T missile on display in a museum in Ukraine. 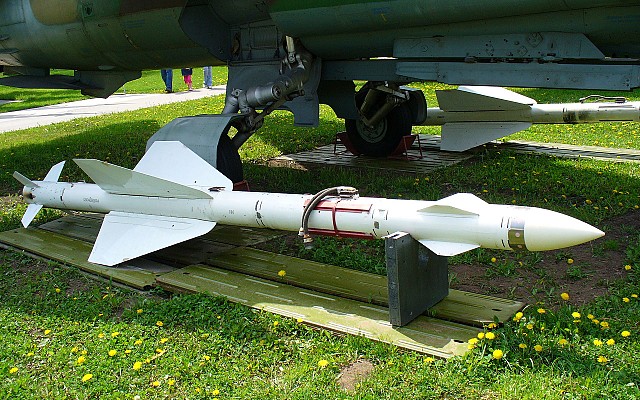 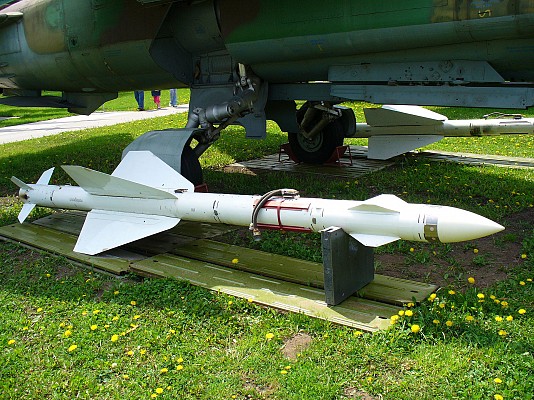 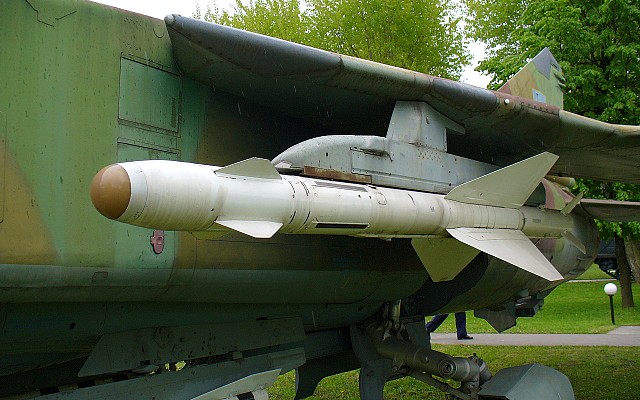 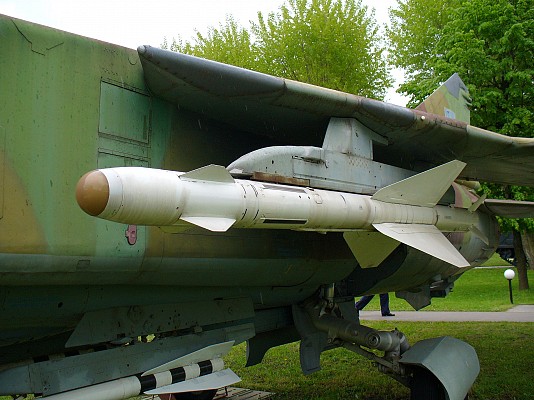 Infrared homing R-24T missile on display attached to a MiG-23MLD.