The SCAR-H is a modern battle rifle of Belgian origin. The SCAR-H was developed by Fabrique Nationale alongside the 5.56mm NATO caliber SCAR-L in response to a United States Special Operations Command requirement.

The FN SCAR is a gas operated battle rifle and uses a short stroke gas piston to cycle the action. The design is modular and allows for different barrel lengths and a variety of accessories. Some ergonomics, such as pistol grip and fire selector, are similar to the AR-15. The monolithic upper receiver has a long Picatinny accessory rail to mount one or more optical sights. Since the SCAR-H is often employed as a designated marksman rifle. The SCAR-PR and TPR are variants of the SCAR-H optimized for the DMR role.

The SCAR-H fires the 7.62x51mm NATO round from a proprietary 20 round detachable magazine. It is a select fire rifle with a rather low cyclic rate of fire of 600 rpm. Effective range, depending on barrel length, ranges from 300 m to over 500 m. An FN40GL 40mm low velocity grenade launcher can be mounted under the forearm.

The SCAR-h was adopted by USSOCOM in 2009 as the Mk 17 Mod 0. The SCAR-H was adopted in larger numbers than the smaller caliber SCAR-L. The SCAR-H has been adopted by a variety of nations and is often employed as a designated marksman rifle. 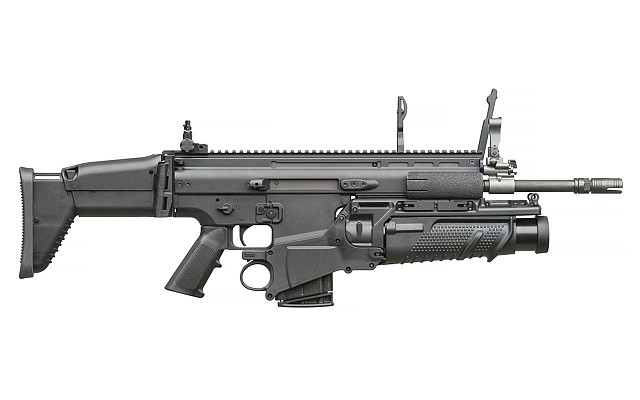 The SCAR-H is available in black or tan. Three barrel lengths were developed. The Close Quarter Combat (CQC) length is the shortest. The Standard (STD) length is for general purpose use. A Long Barrel (LB) was available for the DMR role. The LB variant no longer offered, with the PR variant available instead.

Variants of the SCAR-H 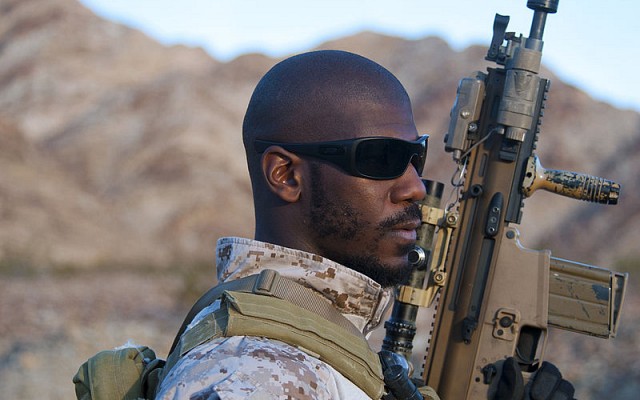 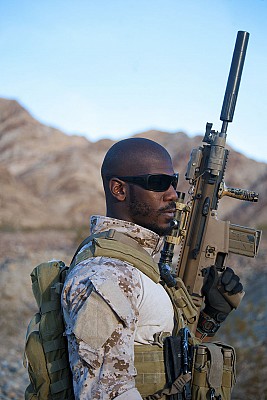 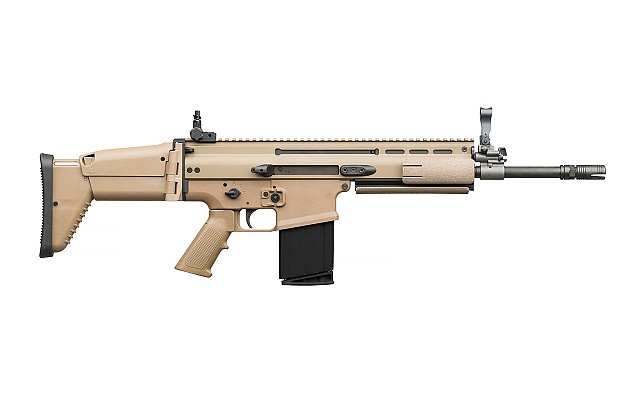 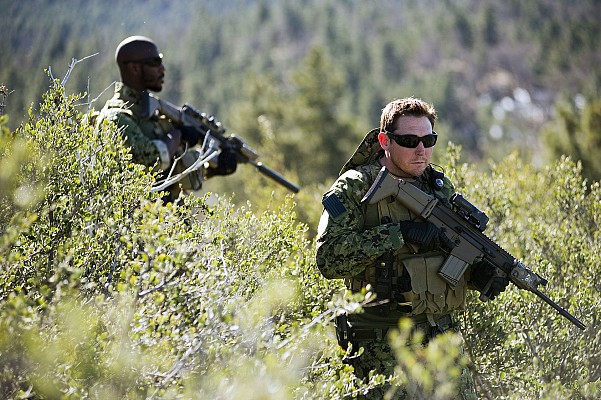 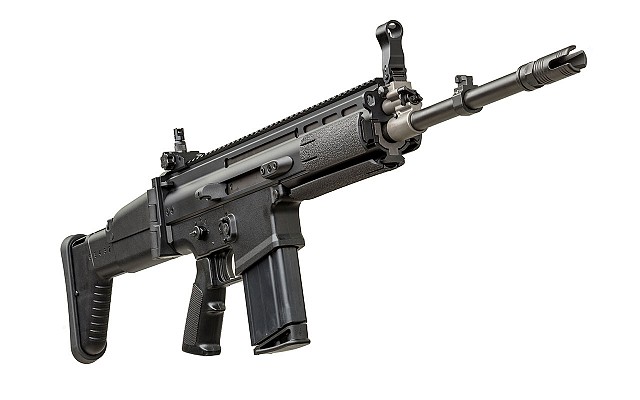 The SCAR-L is the 5.56mm assault rifle counterpart of the SCAR-H. The SCAR-H PR and TPR are designated marksman variants of the SCAR-H battle rifle. They have a 60% parts commonality with the SCAR-H.