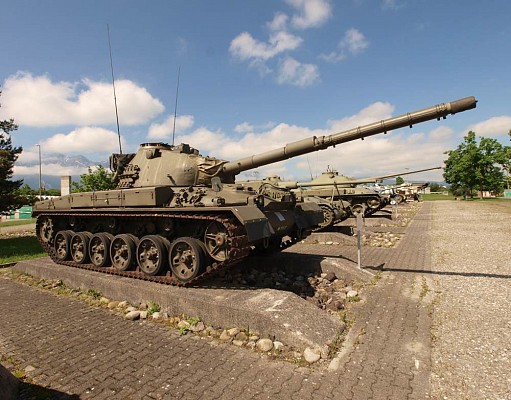 The Panzer 61 is an early Cold War era medium tank of Swiss origin. It was developed domestically since it proved impossible for Switzerland to acquire relatively modern foreign tanks during the Korean War period. The Pz 61 was built in limited numbers since the improved Pz 68 was developed as its successor. Over time the Pz 61 upgraded until its characteristics closely matched the Pz 68.

The Pz 61 is medium tank with a conventional design. The driver is seated in the front hull, the turret is located in the middle and the engine and drivetrain are located at the rear. The four man crew consists of a commander, driver, gunner and loader.

The Pz 61 is armed with a 105mm L7 cannon, 20mm coaxial autocannon and a 7.5mm MG51 machine gun for anti-aircraft use. The powerful cannon allowed the Pz 61 to engage all contemporary targets. A total of 52 rounds of 105mm and 240 pieces of 20mm ammunition were carried. The 20mm autocannon proved less useful and was replaced over time by a second 7.5mm MG51 machine gun, allowing for 57 rounds of 105mm to be carried.

The cast steel hull and turret armor is of moderate thickness in order to keep the weight low. Smaller caliber cannon may not penetrate over the frontal arc, but the Pz 61 is vulnerable to the ubiquitous T-55 with its 100mm cannon. A total of 8 smoke grenade launchers are fitted.

The tracked chassis and limited weight provided the Pz 61 with reasonably good mobility for its era. The 630hp Mercedes-Benz V8 diesel engine provides propulsion and allows for a maximum road speed of 55 km/h. The operational range is rather limited with 250 to 350 km on road.

The Pz 61 was only adopted by Switzerland and saw no export sales. A total of 150 have been produced and remained in use from 1965 to 1994. The armored recovery version was in use from 1968 to 2008. Nowadays the Pz 61 is no longer in use and all remaining vehicles have been scrapped. 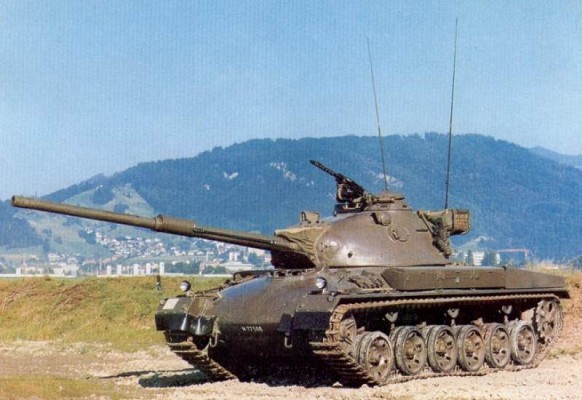 The Panzer 61 is a conventional early Cold War era tank. It is most easily identified by the 20mm coaxial autocannon in a turret that is shaped different from the French AMX-30, but note that the 20mm autocannon was removed during the latest improvements. The Pz 61 closely resembles the Pz 68, which is an improved model.

Variants of the Pz 61 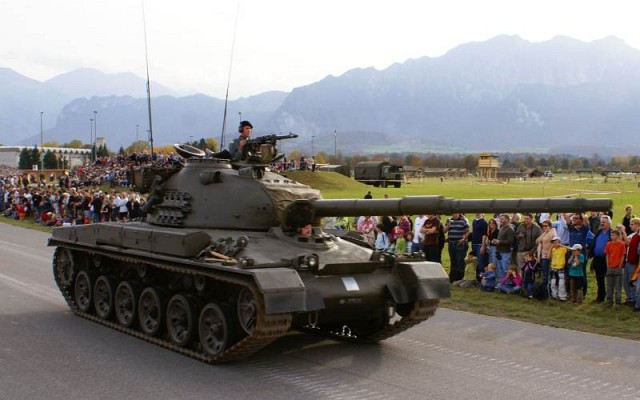 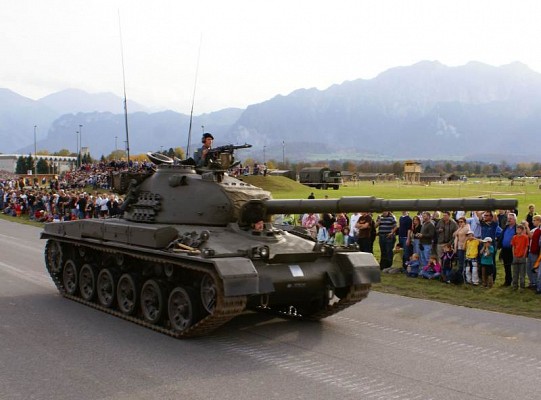 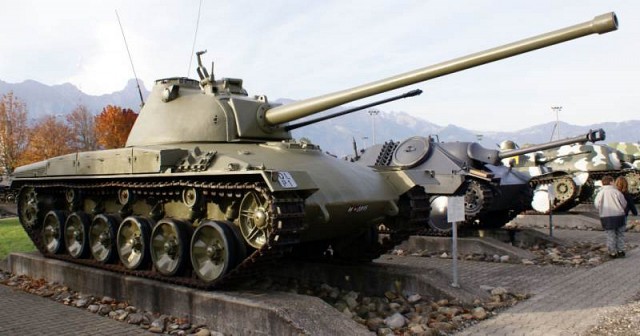 A Panzer 58, the preproduction model of the Pz 61 medium tank. 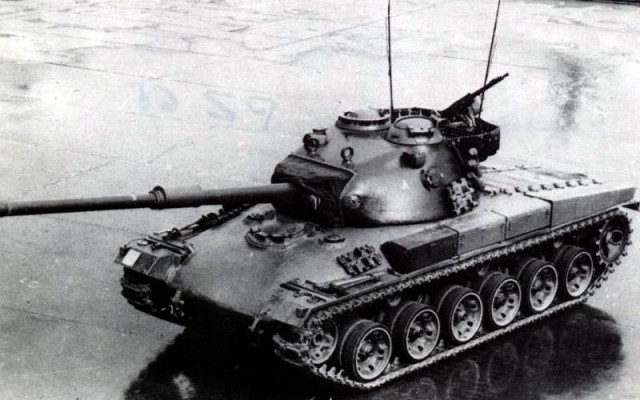 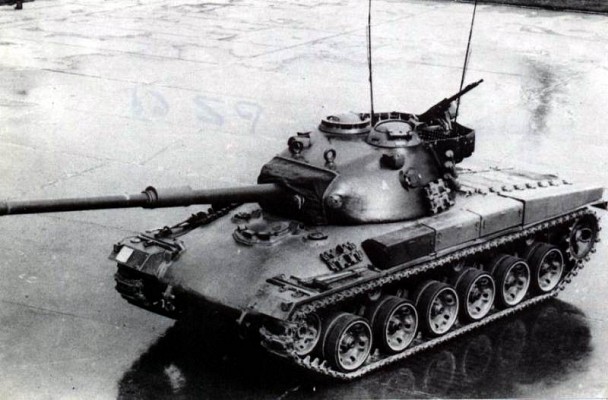 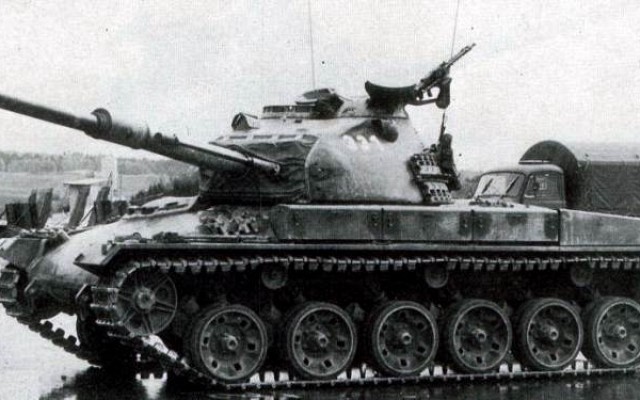 Left side view of Pz 61 medium tank before 20mm autocannon was replaced by 7.5mm machine gun. 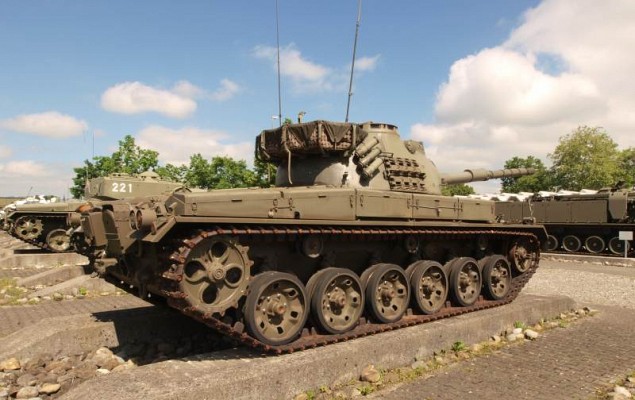 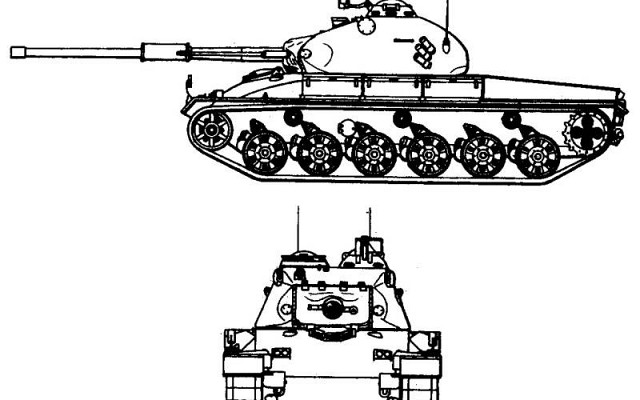 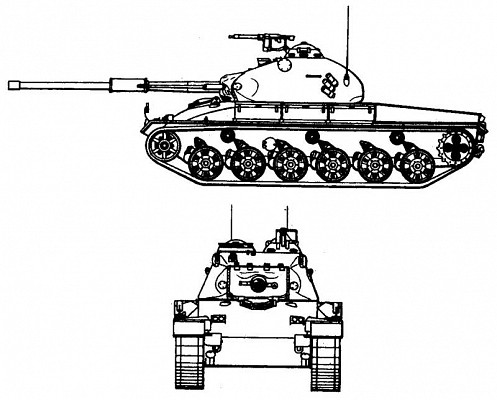 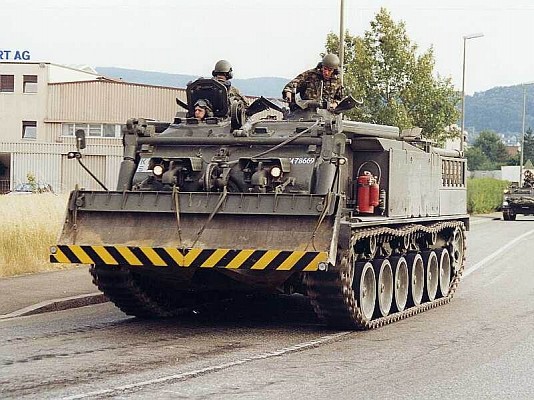 The Entpannungspanzer 65 is an armored recovery vehicle based on the chassis of the Panzer 61.

The PzKan 61 is a license produced version of the British 105mm L7 rifled cannon.