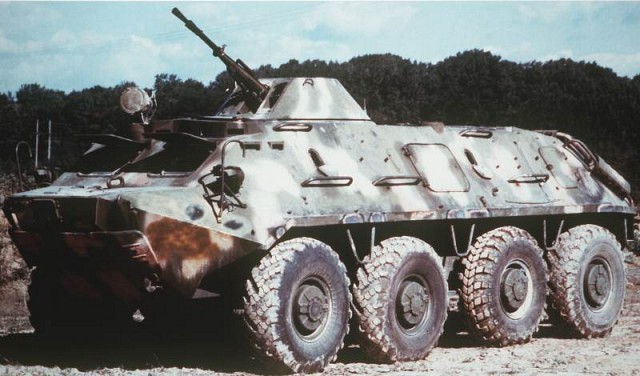 The BTR-60PB has a layout which was considered unconventional at the time. The driver and commander are seated at the front, the troop compartment is at the middle and the two engines are fitted at the rear. The 8x8 chassis with four steerable front wheels results in a long and sleek vehicle. Whereas the early BTR-60P was fitted with pintle mounted machine guns, the BTR-60PB introduced heavier armament in a one man turret.

The steel armor protects the crew from small arms fire and shell splinters. The BTR-60PB is operated from under full armor protection, unlike the earlier open roof BTR-60P. The wheels are vulnerable to puncture, but the vehicle remains mobile with one or two punctures.

The 8x8 chassis provides a good off road capability, although not at the same level as tracked vehicles. This is offset by a high road speed of up to 80 km/h. Two separate 90 hp gasoline engine provide propulsion, a setup which proved prone to brake downs. The BTR-60 is amphibious and propelled in the water by a water jet at the rear at speeds up to 10 km/h.

The BTR-60PB was used in large quantities by the USSR and Warsaw Pact nations and many were exported to nations with close ties to the USSR. Most have been replaced by more modern designs, including the BTR-70 and BTR-80. Still large quantities remain in service around the world. 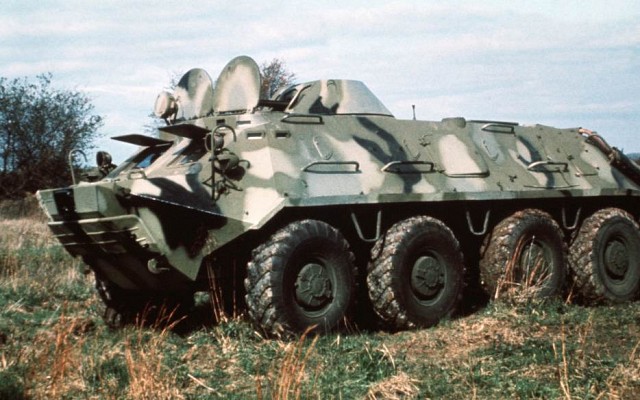 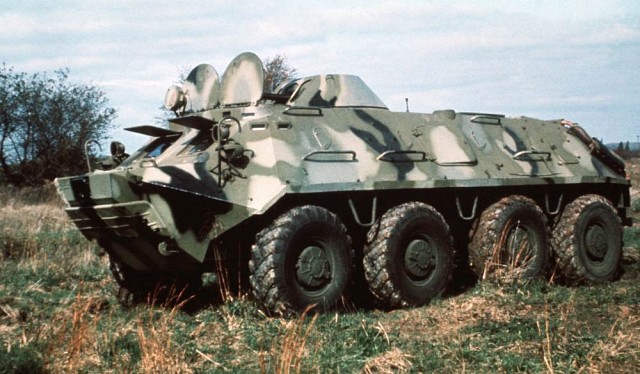 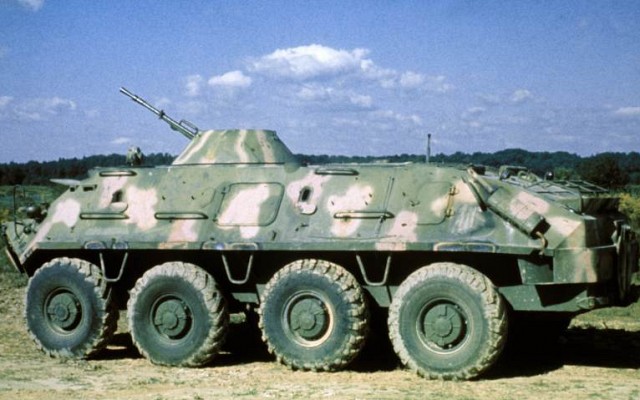 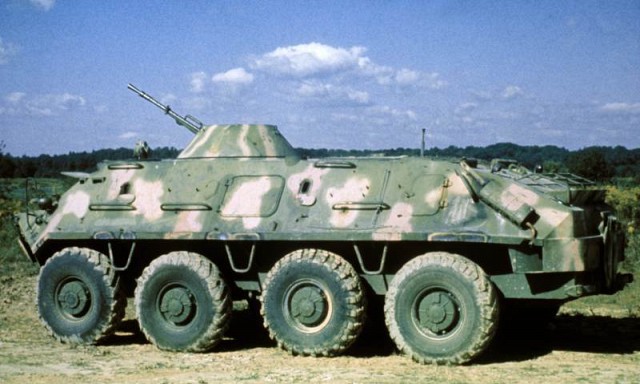 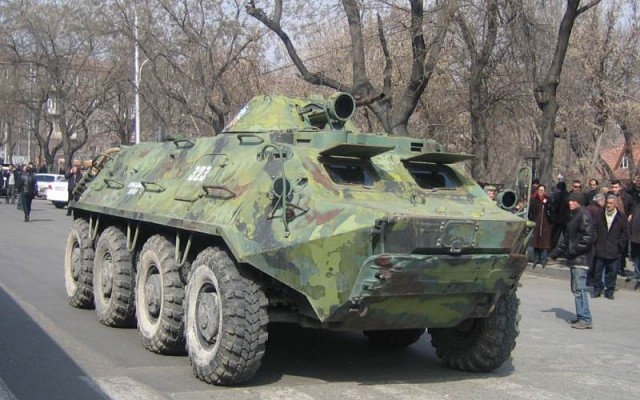 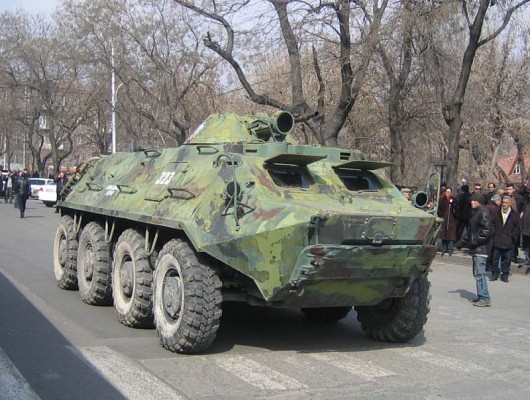 The 7.62mm PKT serves as coaxial armament on the BTR-60PB. 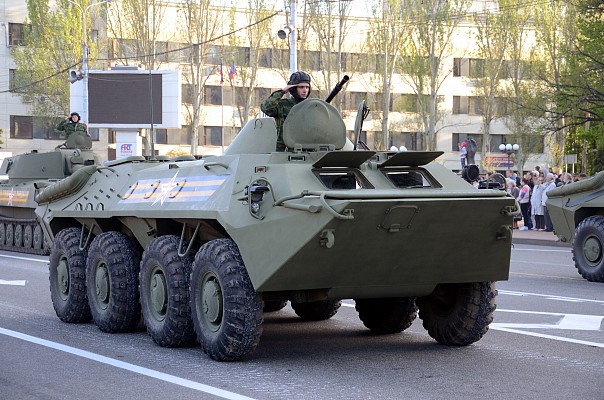 The BTR-70 was developed as a more capable successor to the BTR-60PB. However, it was never produced and exported in the same quantities.