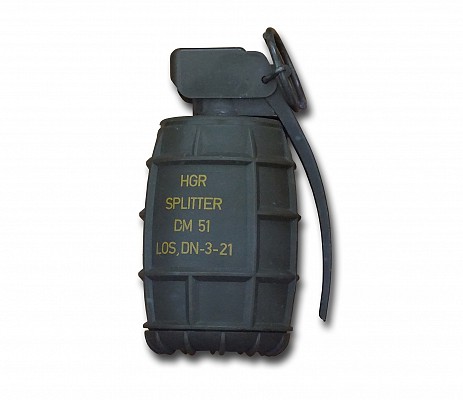 The DM51 is an offensive/defensive hand grenade of German origin. It was developed in the 1970's by Diehl to replace all grenades in German service with a single type. This is achieved by a removable fragmentation jacket which turns the defensive grenade into an offensive grenade.

The DM51 features a high explosive grenade body with removable fragmentation jacket. By turning the jacket 90 degrees it is easily removed to turn the defensive grenade into an offensive grenade. The grenade body is a cylinder and has the fuse on top. The grenade is armed by pulling the pin. The fragmentation jacket features several ribs for strength and to provide a good grip. Several DM51 can be clustered for greater effect or to create a Bangalore torpedo.

The high explosive grenade body is filled with 60 g Nitropenta and has a lethal radius of a few meters. When fitted with the fragmentation jacket the lethality and lethal range increase vastly.

The DM51 is the standard grenade of the German military and in widespread service with all branches. 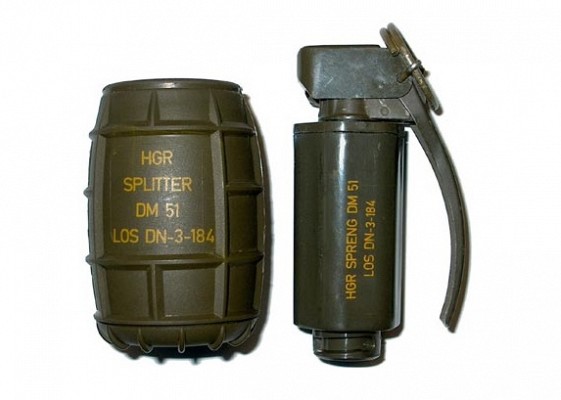 Variants of the DM51

DM51
The DM51 is a offensive and defensive hand grenade in one. The sleeve with shrapnel can be removed in order to use the high explosive body as an offensive grenade. DM51 uses DM82 fuse.
DM51A1
DM51 with improved DM82A1B1 fuse. DM51A2 is virtually similar.
DM51A3
Modification with improved precursor charge. Introduced in 2006.
DM58
The DM58 is the practice version of the DM51. Painted blue. Can be reused by replacing some components. 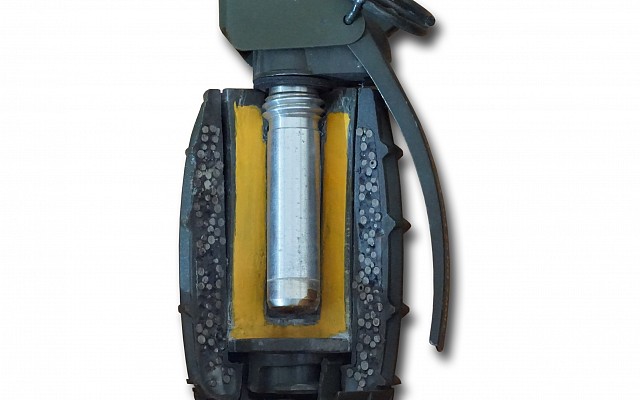 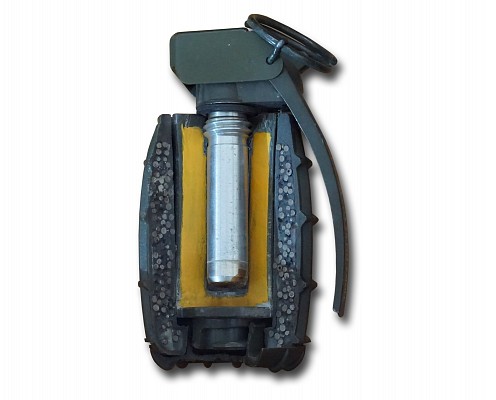 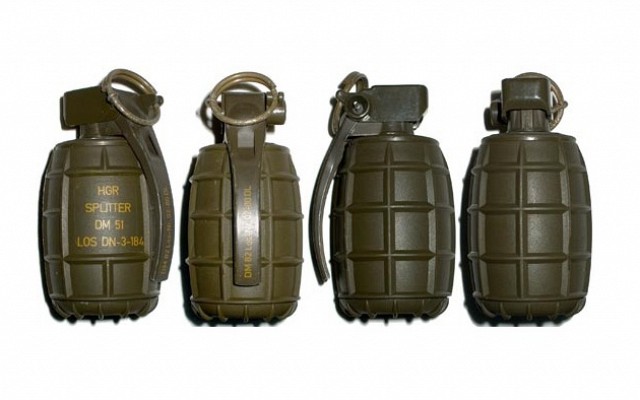 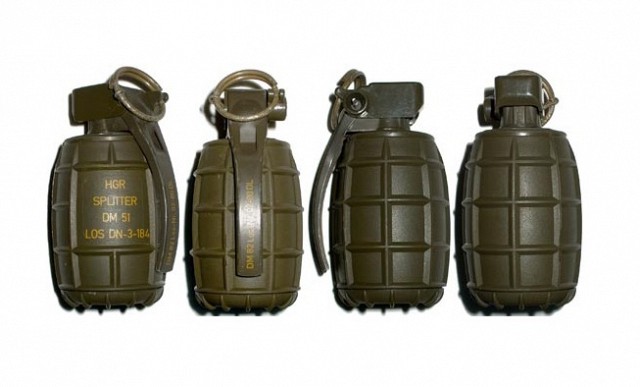 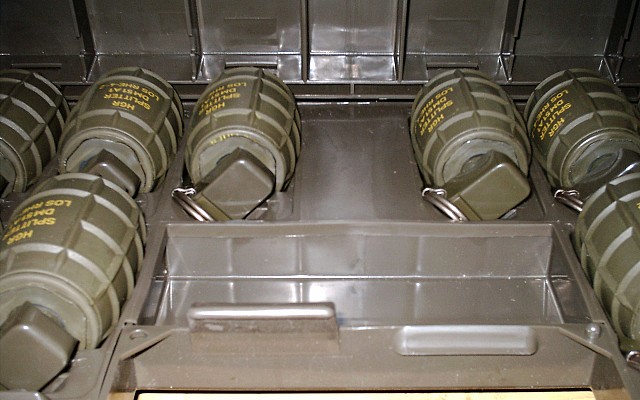 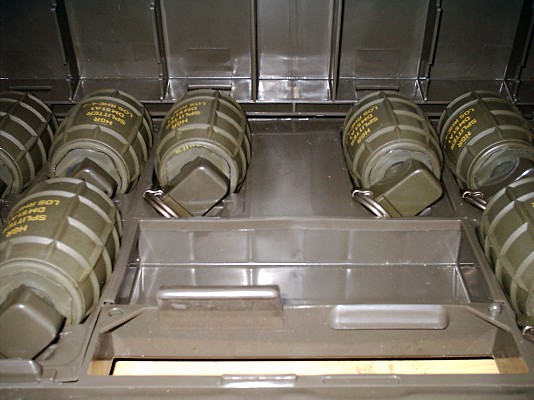 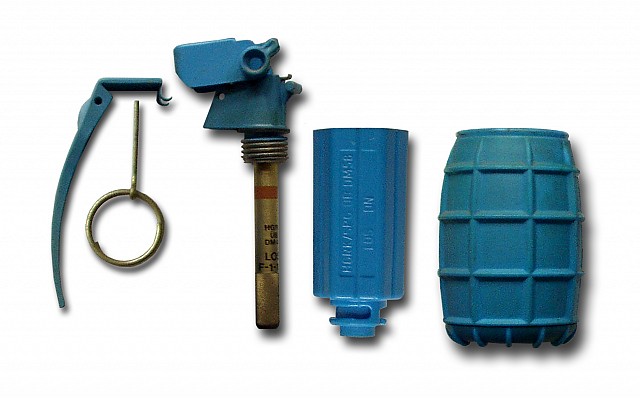 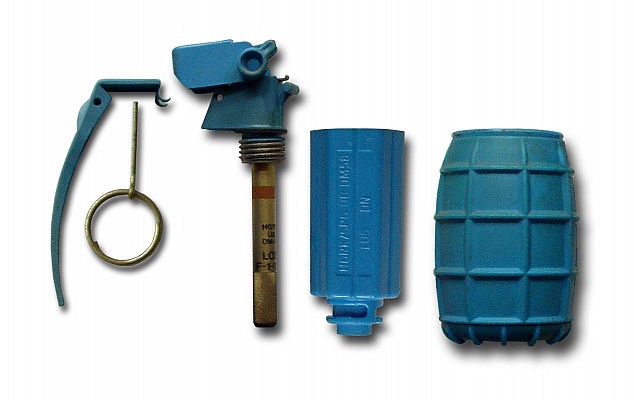