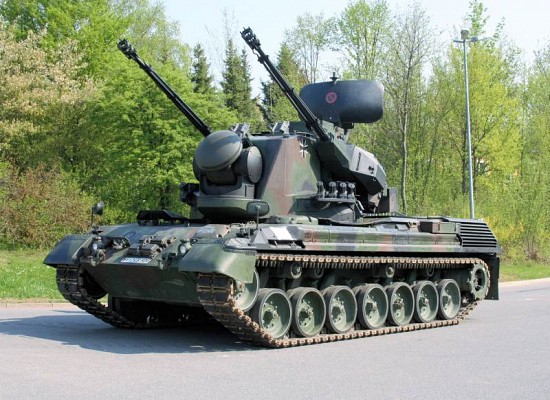 The Gepard is a late Cold War era self-propelled anti-aircraft gun of German origin. It was developed in the late 1960's in response to the increased Soviet frontal aviation threat, including the well armored Mi-24 Hind attack helicopter. The Gepard is a very capable anti-aircraft gun with enormous firepower and good fire control equipment. The name "Gepard" is German for "cheetah".

The Gepard is armed with two 35mm Oerlikon KDA autocannon, making it one of the most powerful self-propelled anti-aircraft guns in existence. Each gun fires at 550 rpm and is supplied with 320 HE rounds plus 20 AP rounds for use against ground targets. The effective AA range is 3.5 km with standard rounds and up to 4.5 km with FAPDS rounds. In a normal engagement 20 to 40 rounds are fired at a single target.

The Gepard is fitted with a S-band search radar at the rear of the turret and a Ku-band Doppler tracking radar fitted at the front of the turret. Both have a range of 15 km. Some vehicles also have a laser range finder. The Dutch vehicles have Philips radars and can be idenfied by the bar shaped search radar instead of the trough shaped radar on the original vehicles. The Dutch radars allow for higher resolution images. The X-band Doppler search radar has a 15 km range and the X-band monopulse tracking radar 13 km.

The Gepard is protected by steel armor on the hull and turret. The hull armor is slightly thinner than on the Leopard 1, but the Gepard is still protected from 14.5mm rounds, small arms fire and shell splinters. The Gepard is operated under full armor protection and an NBC system and smoke grenade dischargers are fitted.

Since the Gepard is based on the Leopard 1 chassis it posesses a good cross country mobility and it can keep up with the armored forces it is designed to protect. The chassis is fitted with the same MTU 830 hp diesel as used in the Leopard 1. An APU powers the systems when the engine is not running.

The Gepard was adopted by Germany, Belgium and the Netherlands. Due to the high costs the Gepard did not see any export sales, the Gepard is about three times more expensive than a Leopard 1 tank. In all three nations it has been replaced by short range surface to air missiles such as the Stinger. Obsolete units have been sold to Romania and Chile.

Variants of the Gepard

The Gepard is a large and powerful self-propelled anti-aircraft gun based on the Leopard 1 chassis. Gepard 1: Original serial production model. A total of 214 built for Germany and 55 for Belgium. Gepard 1A1: Improved model with laser range finder. A total of 206 were produced new. Gepard 1A2: Extensive refit for service until 2015 and final improvement with ability to fire FAPDS-T rounds. A total of 147 vehicles refitted. 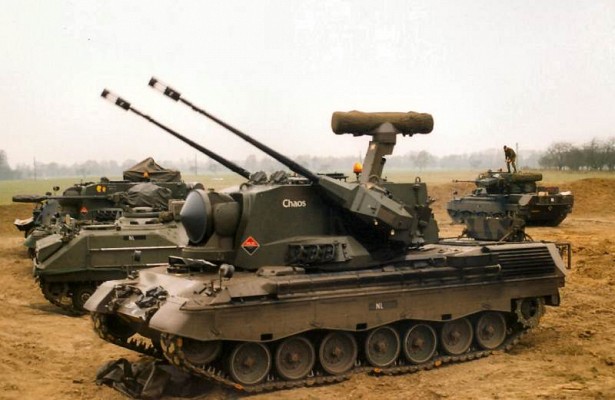 The Cheetah is the Dutch version of the Gepard. Originally it was called the CA1 but the nickname Cheetah painted on the first operational CA1 stuck. It differs in radar suite and other minor details. The Dutch version has a more capable and expensive radar suite. It can be identified by its bar type search radar and more pointed tracking radar. Most Cheetahs were upgraded with the ability to fire FAPDS-T rounds. 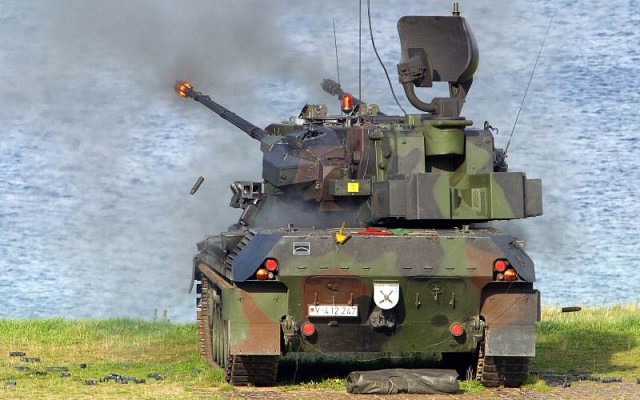 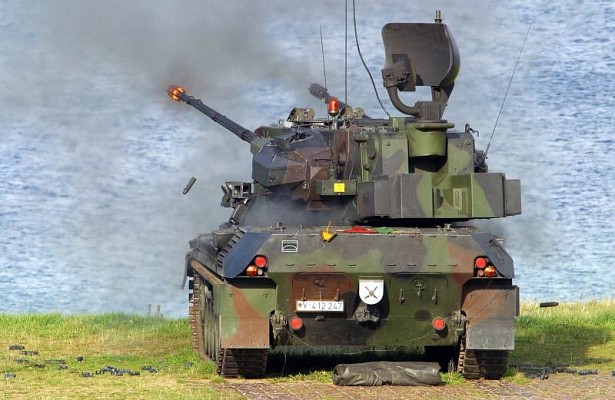 A German army Gepard firing its guns during an excersize. 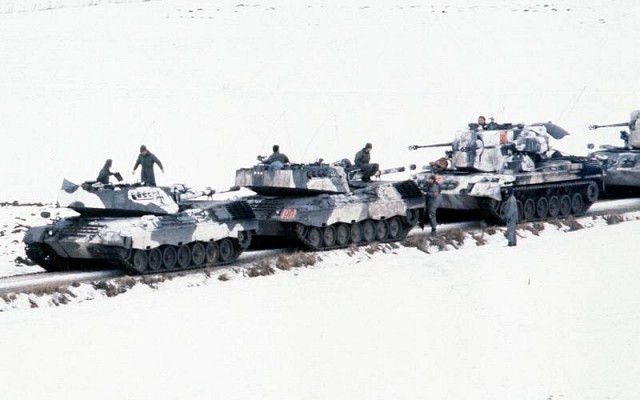 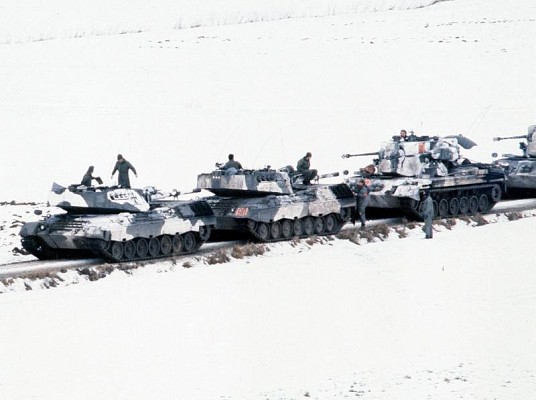 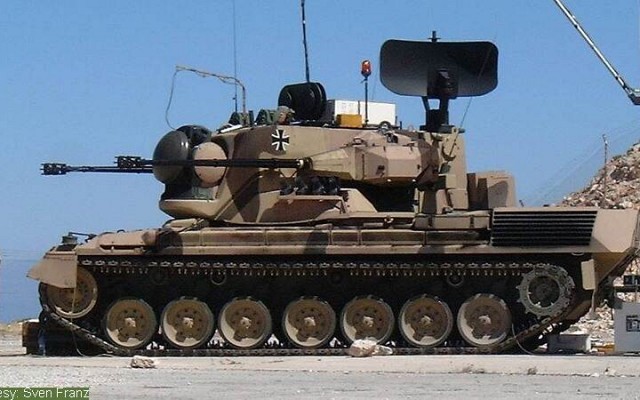 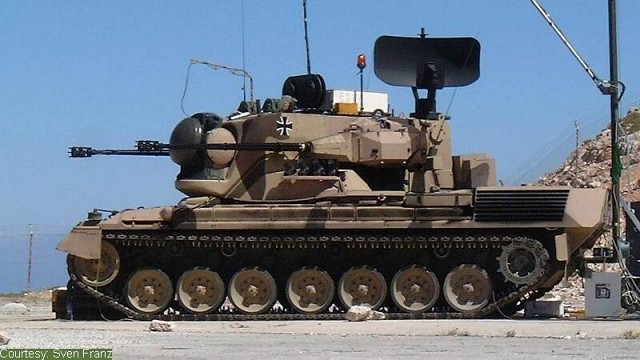 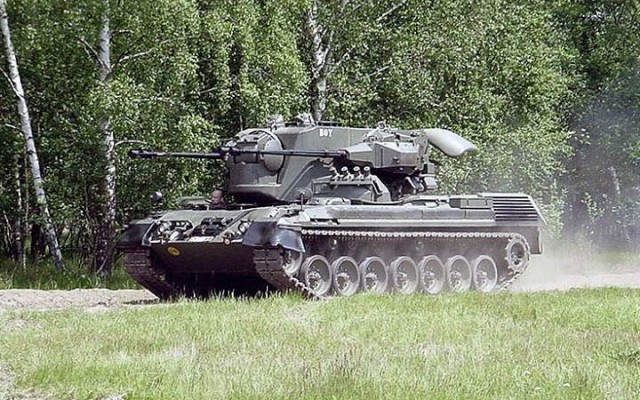 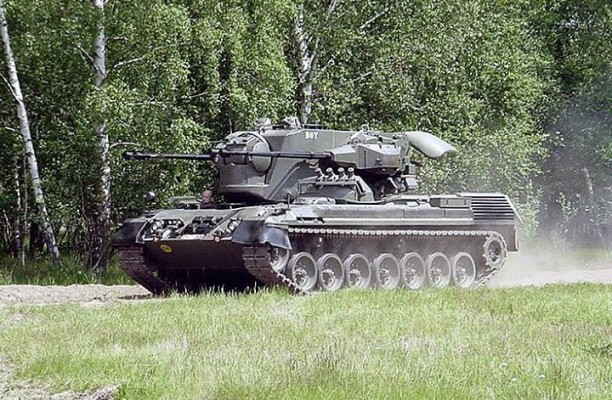 Belgian army Gepard on the move with the radars in the travelling position. 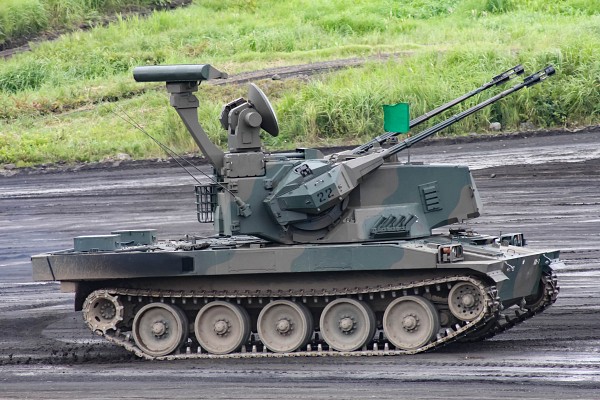 The Japanses Type 87 self-propelled anti-aircraft gun looks rather similar to the Gepard. A turret with similar armament and layout is fitted onto a Type 74 tank chassis.

The Gepard is armed with two powerful 35mm KDA autocannon.