The SPAS-12 is a shotgun of Italian origin. SPAS stands for Sporting Purpose Automatic Shotgun, although from the very start it was designed for law enforcement and military use. Due to the distinct look resulting from the large heat shield and folding stock it has become an iconic firearm. It was replaced in production by the magazine fed SPAS-15 shotgun.

The SPAS-12 is a semi-automatic gas operated shotgun capable of pump-action operation as well. The pistol grip and pump-action slider are made of plastics with the rest of the weapon made out of metal. Normally a metal folding stock is fitted, with a wooden or plastic fixed stock as an alternative. A wide variety of muzzle attachments is available.

The SPAS-12 fires 12 ga shells with a length of 2.75 inch. Semi-automatic fire is possible with full power shells. The pump-action mechanism is to be used for low powered non-lethal shells. The tubular magazine under the barrel may hold 8 shells, but loading 7 rounds increases reliability.

The SPAS-12 was successful as a law enforcement shotgun. It was hardly adopted as a patrol shotgun, but was acquired by many special military and police units. The SPAS-12 was sold around the world, but mainly in Europe and the USA. In Europe and the USA it was also marketed as a civilian shotgun, but in most nations it was banned after a few years. 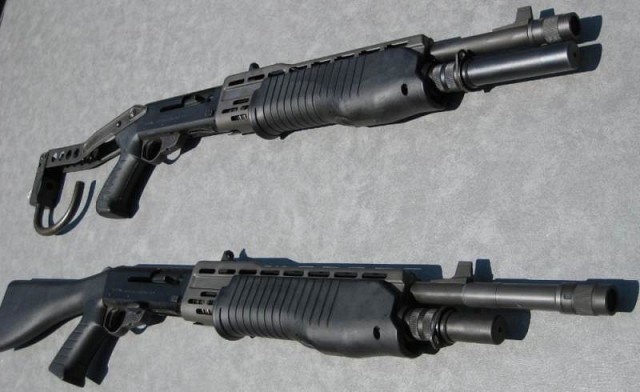 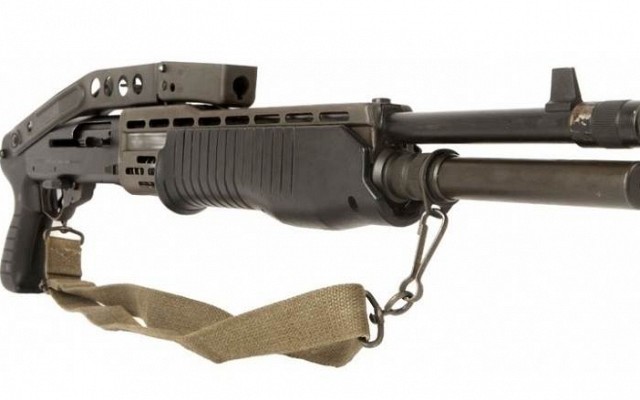 Forward view of a SPAS-12 shotgun with stock folded. 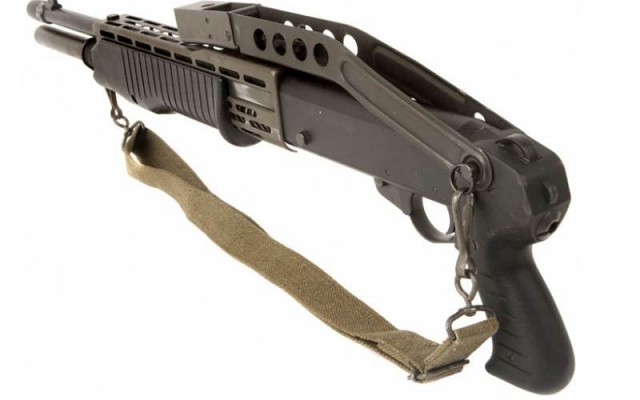 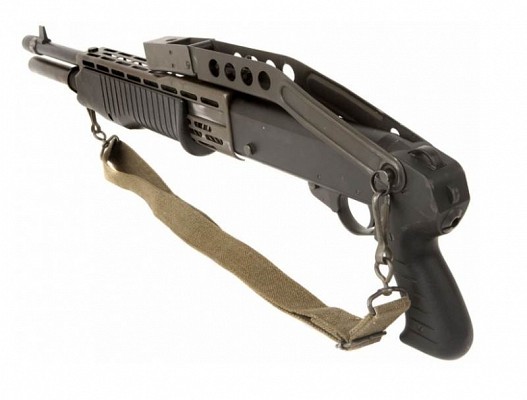 Rear view of a SPAS-12 shotgun. 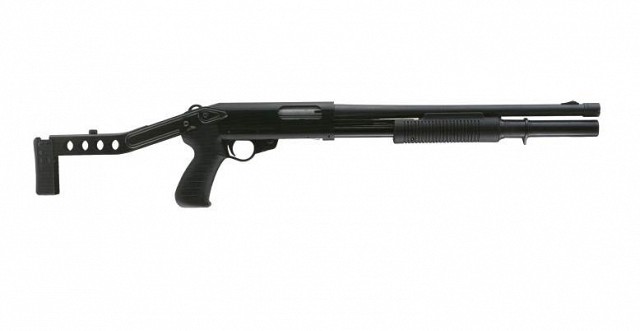 The PA-7 is a further development of the SPAS-12 for law enforcement use.

The LAW-12 is a semi-automatic only variant of the SPAS-12.