The 2S5 Giatsint-S is a tracked self-propelled howitzer of Russian origin. It was developed in the mid 1970's alongside the towed 2A36 Giatsint-B. The 2S5 was to provide longer range fire than the 2S1 and 2S3. Production commenced in 1976. In the West it is known as the M1981.

he 2S5 is fitted with the long barreled 152mm 2A37 gun. The maximum range is 28.4km with standard ammunition and 37km with advanced projectiles. The maximum rate of fire is 5 to 6 rounds per minute. A total of 30 shells are carried on the vehicle. A 7.62mm PKT machine gun is mounted at the commander's position for self defense.

The steel armor protects the crew against small arms fire and shell splinters when on the move. In the firing position the crew members are unprotected as the ordnance is mounted in the open. An NBC system is fitted, but smoke grenade launchers are not.

The 2S5 is based on a tracked chassis that provides a good cross country performance. A 520 hp diesel engine provides propulsion. The 2S5 is not amphibious.

The 2S5 is mainly used with Russian and Eastern European forces. Unlike most Soviet equipment the 2S5 is hardly used by third world nations as towed long range guns can provide a near similar ability at much lower costs. Most 2S5 remain in active service. 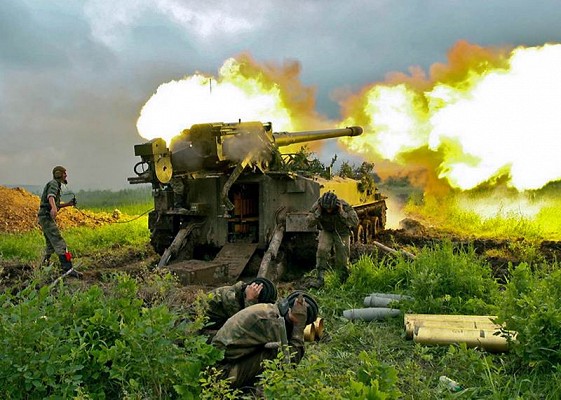 The 2S5 Giatsint-S is a tracked self-propelled howitzer with a long barrel 152mm ordnance. The 2S5 is based on a tracked armored chassis that serves as a carrier for the five crew members and as a platform for the 152mm 2A37 gun and its ammunition. No variants of the 2S5 were ever adopted. 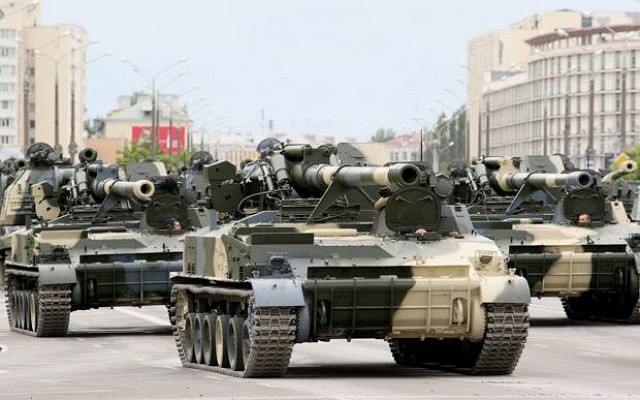 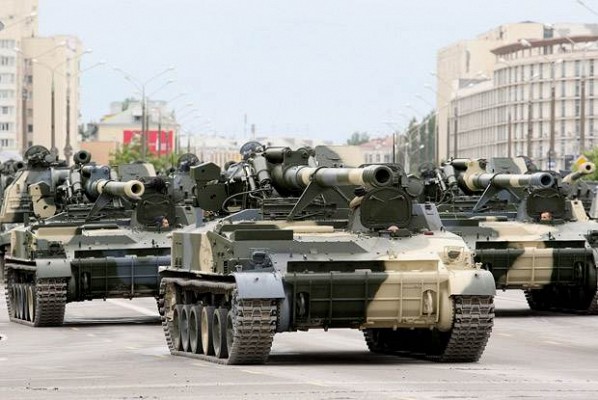 A number of Belarussian 2S5 self-propelled howitzer during a parade. 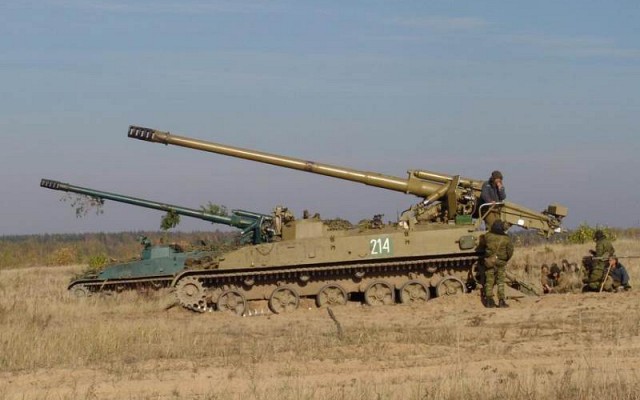 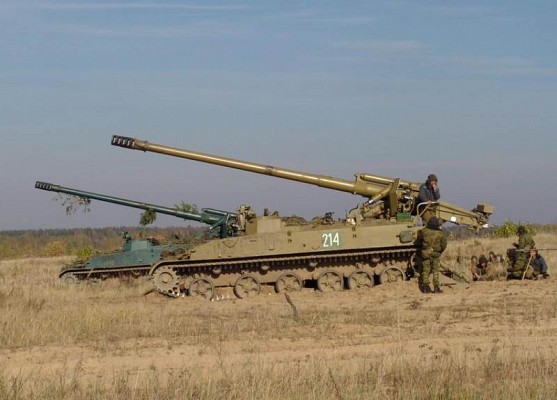 Side view of two 2S5 self-propelled howitzer in the firing position. 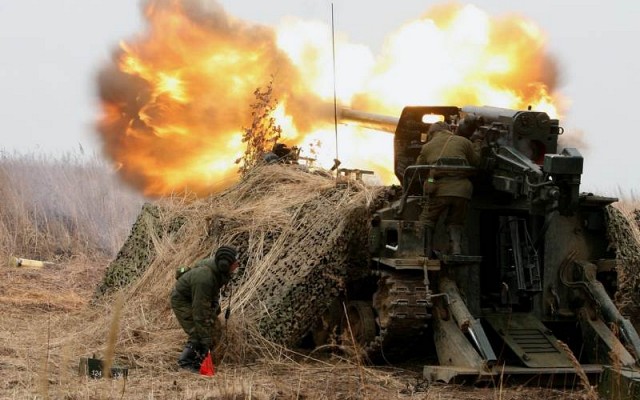 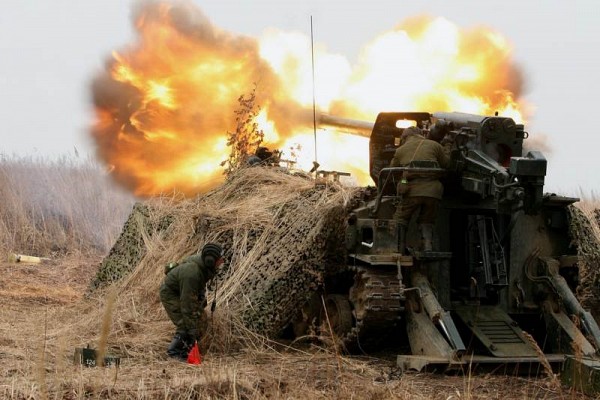 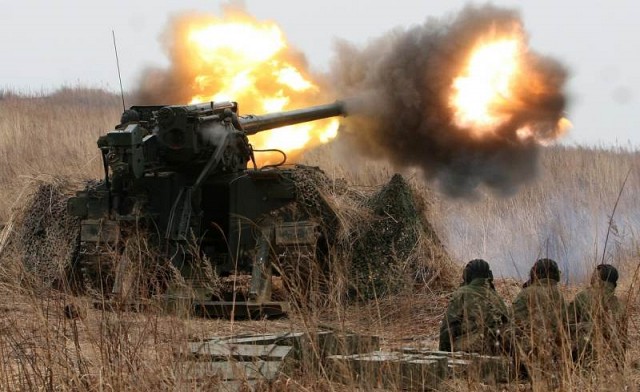 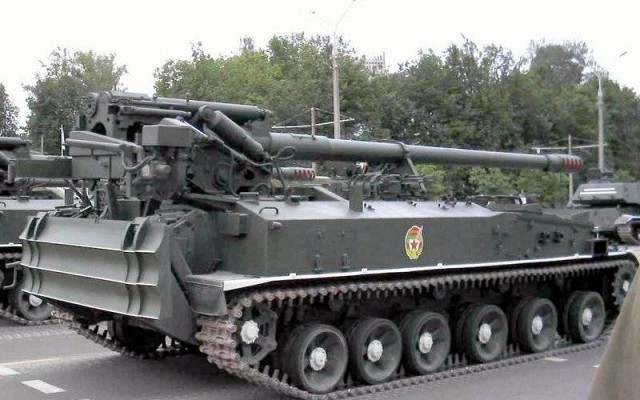 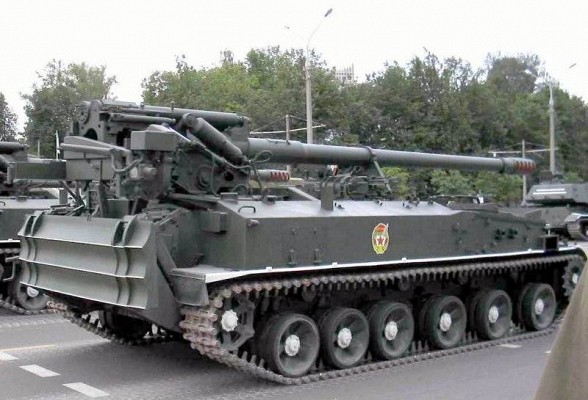 The 2A36 Giatsint-B is the towed howitzer that uses the same ordnance as the 2S5.

For self-defense a 7.62mm PKT machine gun is fitted in a remote control mount at the commander's position.