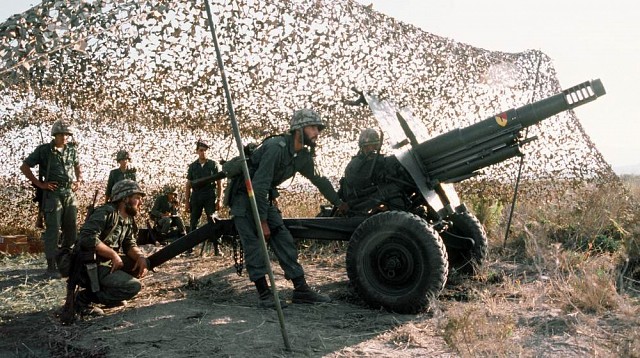 The Model 56 is a pack howitzer of Italian origin. It was developed in the mid-1950's by Oto Melara for an Italian army requirement. It proved to be a successful design and demand was high for such a niche weapon that was interoperable with other 105mm NATO guns.

The Model 56 is based on a lightweight carriage with two wheels and two folding strut trails. The ordnance is the short 105mm 14-caliber howitzer with multi-slotted muzzle brake. A gun shield is fitted to provide a limited level of protection against direct fire. The profile can be reduced by lowering the wheels, thus making it less visible when used in the direct fire role.

The Model 56 fires the same range of 105mm NATO ammunition as the widely used US M101 howitzer, making ammunition readily available. The maximum range is 10.5 km with normal ammunition. The maximum rate of fire is 8 rpm for short periods and 4 rpm for 30 minutes.

Due to its limited weight the Model 56 is highly mobile. It can be easily manhandled over short distances. Normally it is towed by a light truck such as the German Unimog. It can be disassembled in 11 pieces for transportation by mule. Its low weight also allows it to be transported under a Bell 205 or equivalent helicopter.

The Model 56 has been produced in large quantities and has been widely exported. It was adopted by many Western, African, Asian and South American nations. Many remain in service although more modern designs such as the UK Light Gun have replaced some in service. 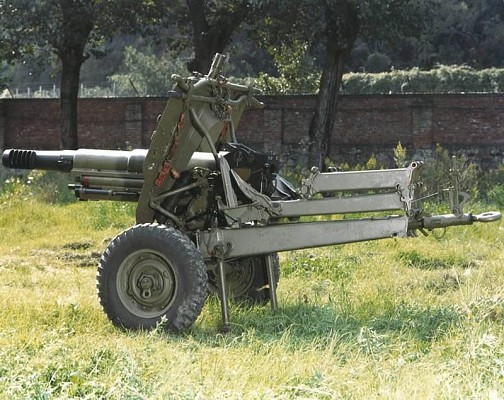 The Model 56 is a pack howitzer of Italian origin. It can be identified by its twin strut split trail carriage and short 105mm ordnance. There are no variants although the design has been slightly improved over the years. The original production models featured a large single baffle muzzle brake while the majority has a multi-slotted muzzle brake. 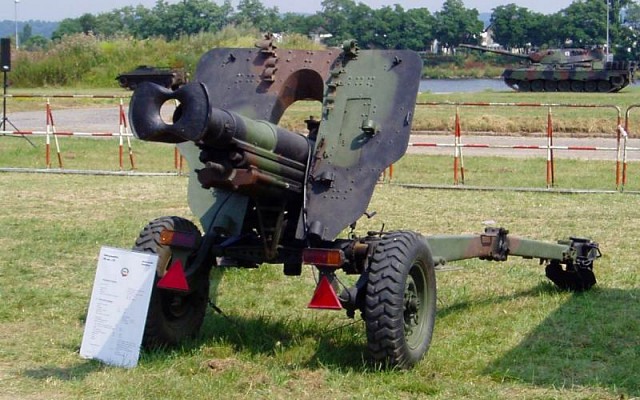 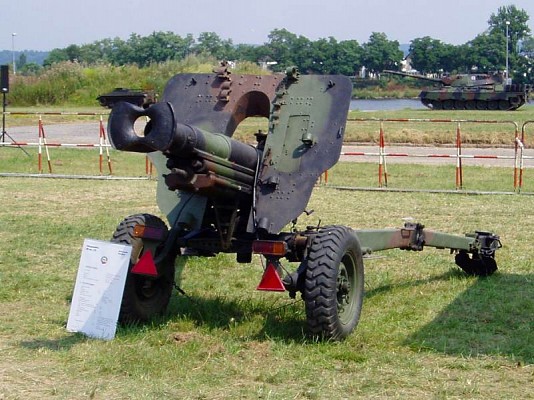 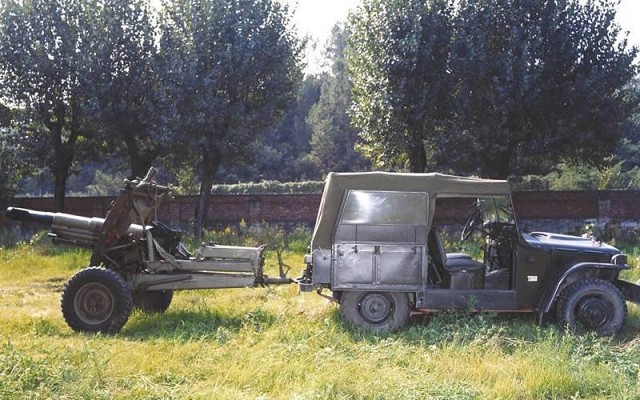 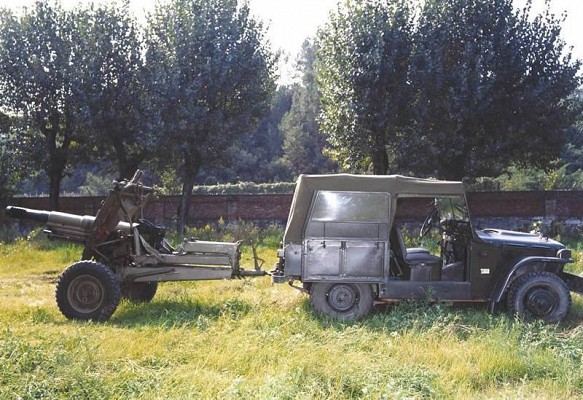 A Model 56 pack howitzer being towed by a light 4x4 vehicle.