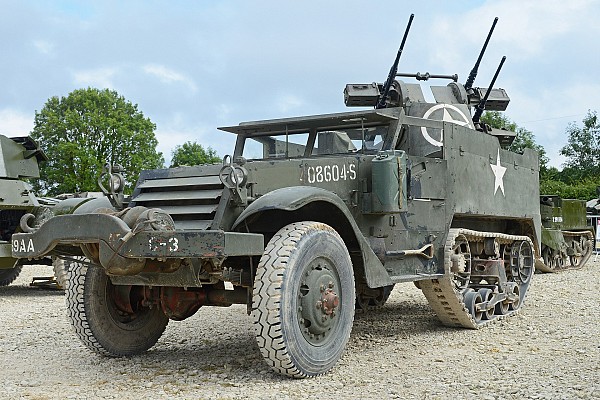 The M16 MGMC is a self-propelled anti-aircraft gun of US origin. It was developed during the first half of World War 2 and used during the second half. The M16 Multiple Gun Motor Carriage proved a successful design and was used in sizable numbers. The M16 proved effective against low flying aircraft. In US service it was eventually supplemented and replaced by the M19 MGMC and M42 Duster.

The M16 MGMC is based on the M3 halftrack. The design is very similar to the M13 MGMC. The side and rear panels are now hinged in order not to obstruct fire of the lower guns in the M45 quad mount.

Four 12.7mm M2HB heavy machine guns are fitted in the M45 one man turret. The turret is powered by an electrical drive. A platform facilitates two loaders, one on each side. The combined cyclic rate of fire is over 2.000 rpm. A total of 5.000 rounds are carried. With its four M2HB the M16 had double the firepower of the M13 MGMC. This proved to be far more effective against propeller aircraft. About half of the M13 MGMC on the production line were converted to M16 configuration.

The steel armor protects the from small arms fire and shell splinters, except from the top. As an open roof vehicle the crew is exposed from higher angles and often partly exposed when operating the armament.

The halftrack chassis allows the M16 MGMC to keep up with tank formations and motorized infantry in halftracks or trucks. The White 147 hp petrol engine allows for a maximum road speed of 72 km/h and a range of 320 km.

The M16 MGMC was in widespread US service during the 2nd half of World War 2. It was also used in subsequent conflicts, such as the Korean war. In 1951 it was declared limited standard. By 1958 it was declared obsolete in US service.

Post World War 2 many American M16 MGMC were exported to allies of the USA. Under the lend-lease program the M17 variant was exported to the USSR during World War 2. With about 1.000 units delivered these made up about half of the Soviet mobile anti-aircraft defense. 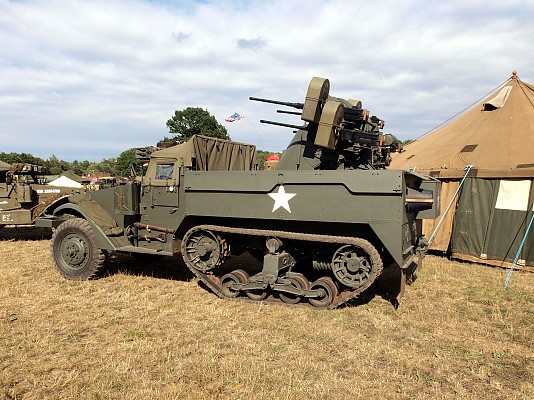 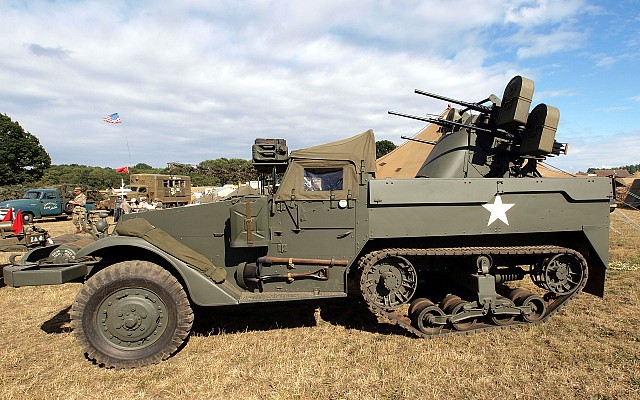 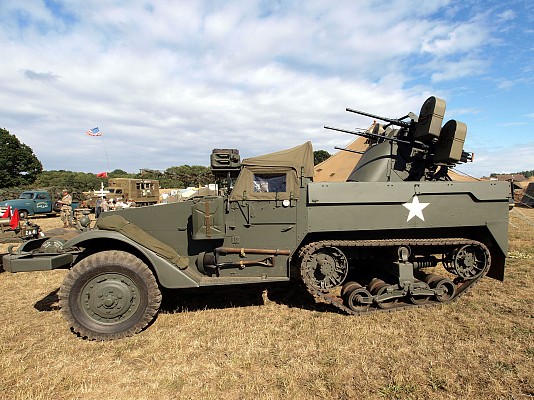 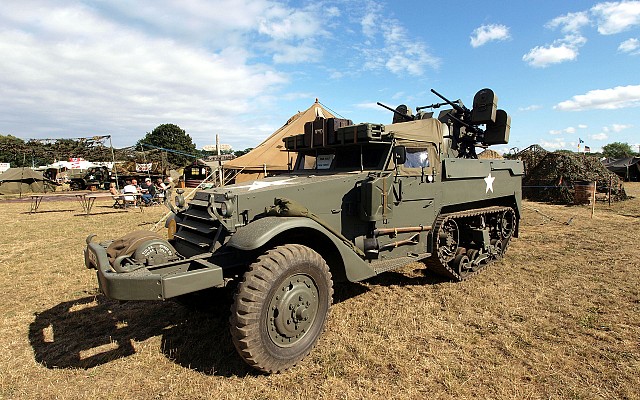 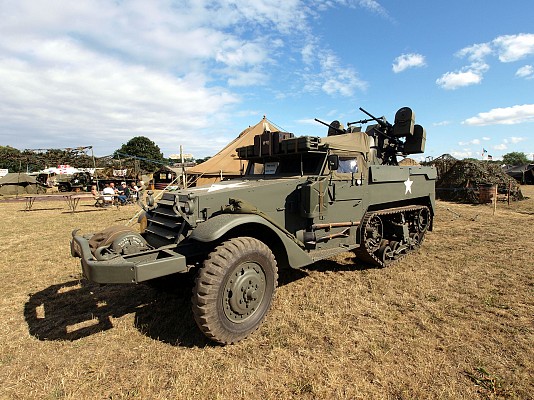