The DShK is a World War 2 era heavy machine gun of Russian origin. DShK stands for "Degtyarov Shpagin Krupnokalibernyi", denoting its designers and large caliber. Together with the American M2HB it is one of the most produced heavy machine guns in the world. It is used on tripod mounts and many Soviet fighting vehicles.

The DShK is a belt fed, gas operated, air cooled heavy machine gun. The weapon cycles trough the use of a gas piston below the barrel. The original DShK uses a rotary feed system. This was replaced on the modernized and more common DShKM with a shuttle feed system similar to the one on the RP-46.

The DShK fires the 12.7x108mm round at a cyclic rate of fire of about 600 rounds per minute. It is usually fed by 50 round belts. For a heavy machine gun accuracy it is not that accurate. Still, the maximum effective range is well beyond 1 km.

Even though the design is dated, the DShK remains in use with many armed forces and irregular forces around the world. After World War 2 it remained in use with the Soviet forces, only to be partially replaced by the NSV from the 1970's onwards. It is still in production in various nations. 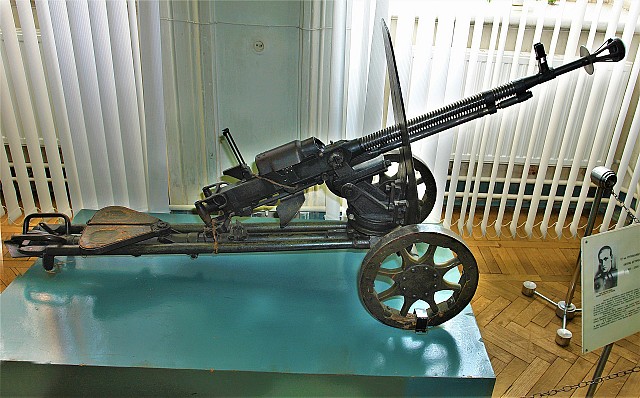 The original version of the DShK which was used throughout World War 2 is officially called the DShK-38. It uses a rotary feed system. Easily identified by the taller receiver and muzzle device. After World War 2 it was replaced by the modernized DShKM. 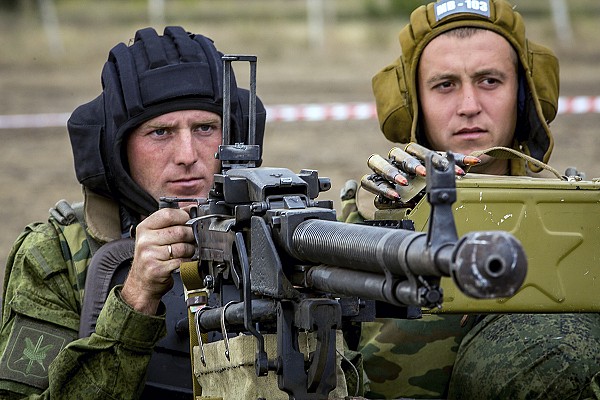 The DShKM is also known as the DShK-38/46. It is the modernized version of the original DShK. The main improvement being the use of a shuttle feed system. Also the muzzle brake is revised and barrel change is made easier. The DShKM is the version that remains in use today.

Chinese production variant of the DShKM. Most visible difference is the use of a smooth barrel instead of the ribbed cooling fins found on the DShKM. 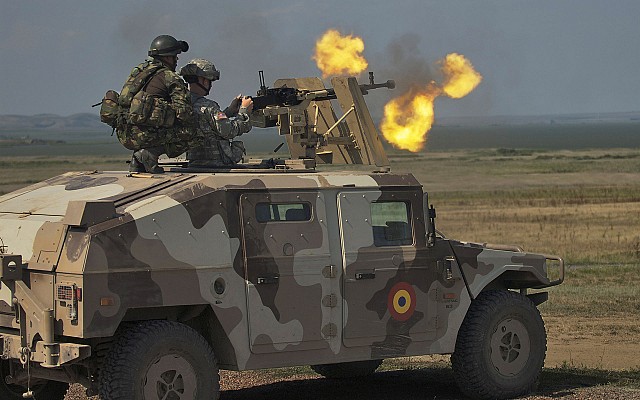 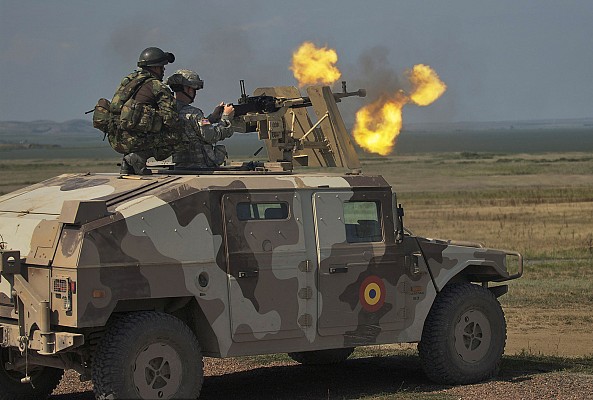 US soldier firing a DShKM heavy machine gun fitted onto a Romanian VAMTAC. 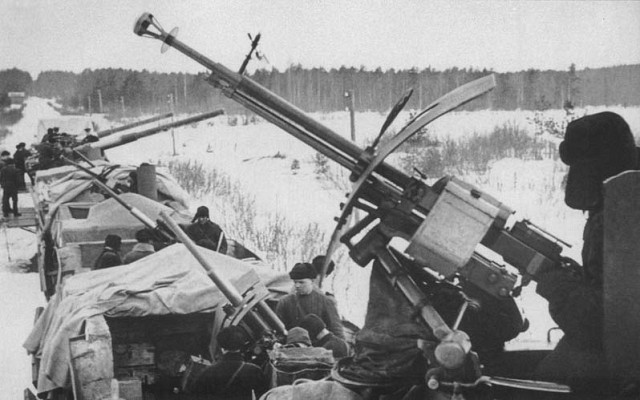 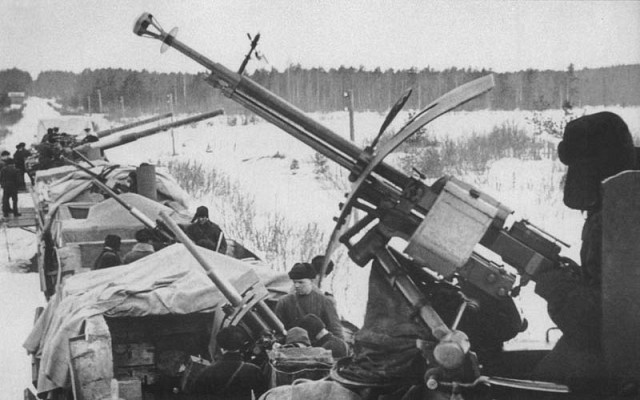 Early model DShK in use on a Soviet armored train during World War 2. 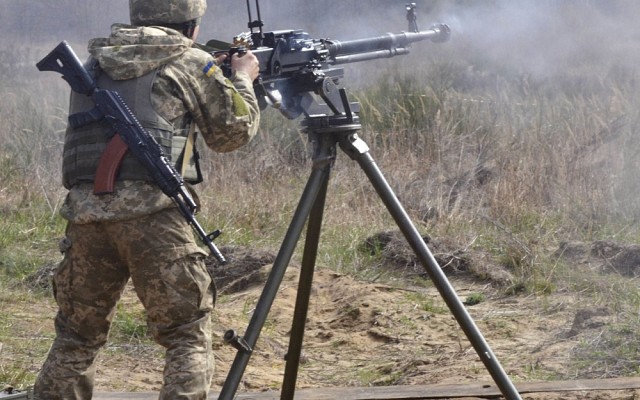 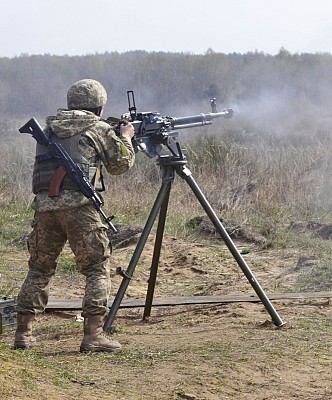 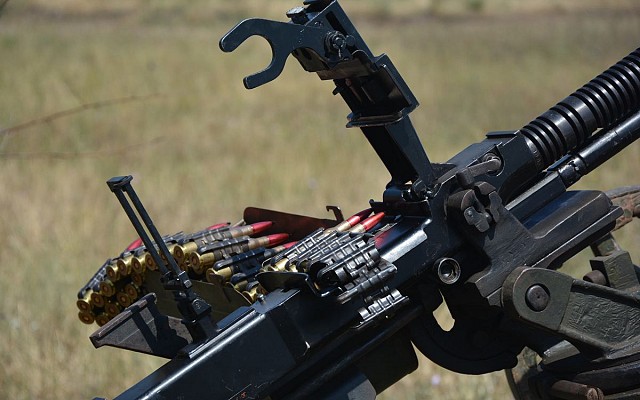 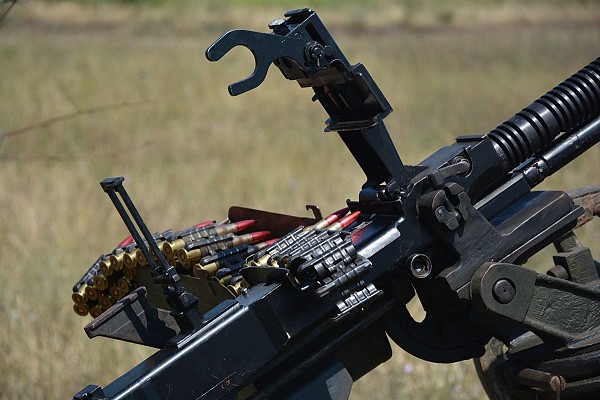 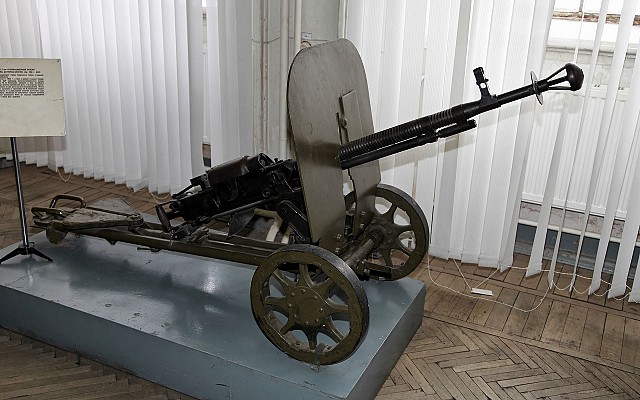 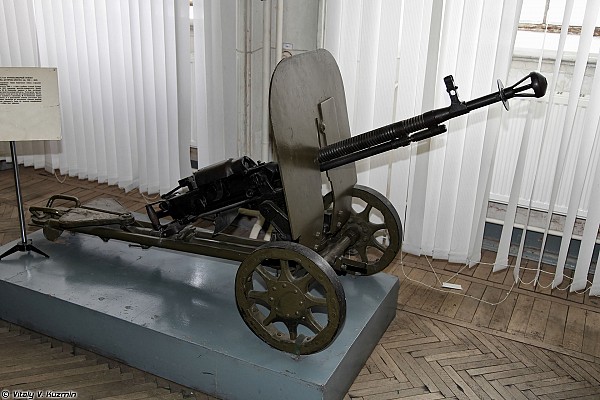 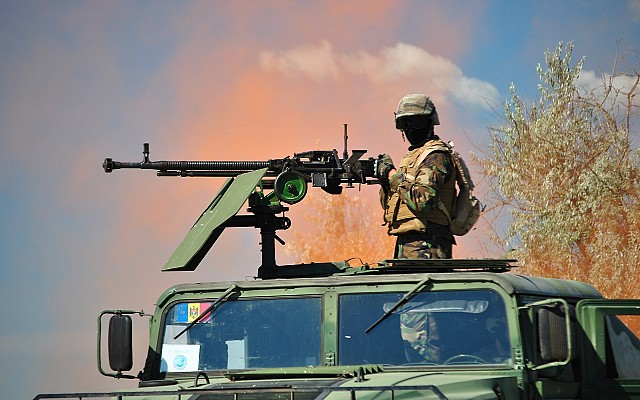 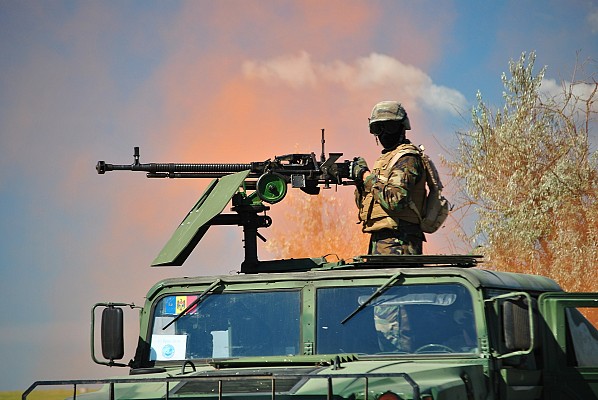 The 12.7mm M2HB is the US equivalent of the DShKM. Introduced prior to World War 2 it soldiers on to present day.