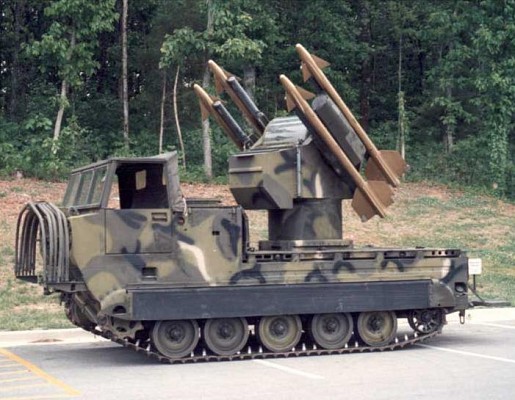 The M48 Chaparral is a late Cold War era self-propelled SAM system of US origin. It was developed in the 1960's after various projects for highly advanced SAM systems had failed. The M48 Chaparral was a less ambitious design using proven technology, such as the AIM-9 Sidewinder and M548 tracked carrier.

The M48 Chaparral is based on a tracked chassis and features a one man turret with four infrared guided MIM-72 Chaparral surface to air missiles. The MIM-72 is derived from the AIM-9 Sidewinder air to air missile, with improved models introduced over the years. The five man crew is split over the M730 launch vehicle and the support vehicle. Usually this is the M548 tracked carrier, which also carries 8 additional missiles.

The M48 Chaparral has four MIM-72 surface to air missiles ready to fire. Early models had a maximum range of 6 km and ceiling of 3 km. Newer models improved the engagement envelope to 9 and 6 km respectively. One missile can be launched at a time. Immediately after launch the gunner can acquire a second target, if circumstances allow it. When the smokeless motor was installed in the MIM-72 time between firing was reduced significantly.

The M48 Chaparral is a clear weather system. The gunner needs to track the target and acquire an IR lock via the missile's seeker before missile launch. In the mid 1980's a FLIR camera was added for the gunner. When combined with newer models of the MIM-72 with improved seekers this allowed the M48 to be used at night and in difficult weather

The M730 launch vehicle is based on the M548 tracked chassis. This offers good all terrain mobility and parts commonality with M113 armored personnel carrier. The M48 is not amphibious. Early models featured a 9 t winch. This was removed as more and more systems were added to the launch vehicle.

The M48 Chaparral is a softskin system that offers hardly any protection for the crew. Since the M48 has no radar system, it cannot be targeted by anti-radiation missiles.

The M48 Chaparral was acquired in large quantity by the US Army, where it was used alongside the M163 self-propelled anti-aircraft gun. The first variant of the MIM-72 Chaparral was nearly identical to the AIM-9D Sidewinder. Subsequent improved models featured both upgrades developed specifically for the Chaparral's role or incorporated proved technology from other developments, such as newer Sidewinders and the Stinger missile. The MIM-72 variants are described separately. Tracked self-propelled launch vehicle for the MIM-72 Chaparral. Based on the M548 cargo carrier, which in turn is based on the M113 armored personnel carrier. FLIR camera upgrade carried out on US vehicles in the mid 1980's. 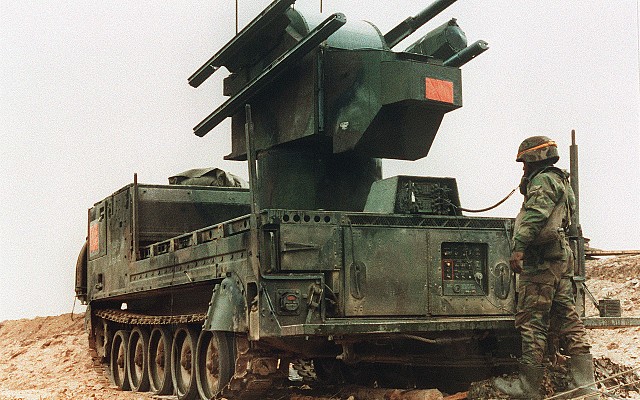 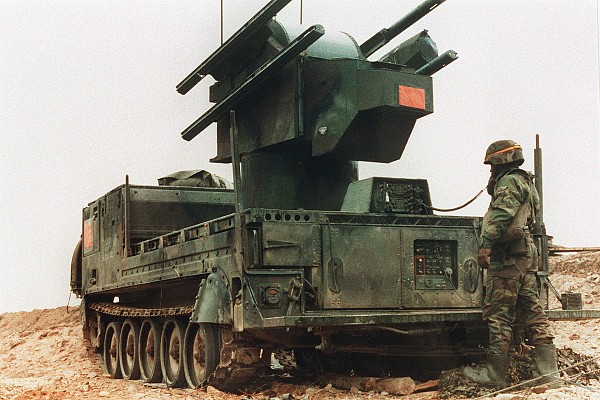 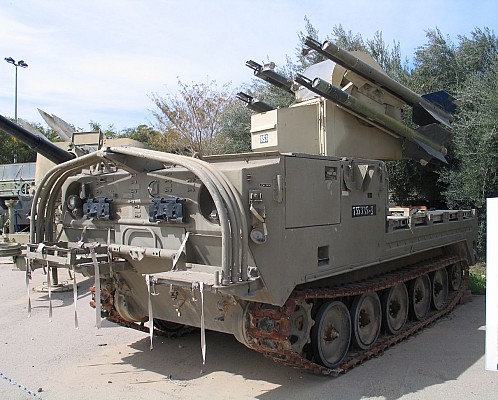 Former Israeli M48 Chaparral on display in a museum. Note that the seeker section of the missiles is missing. 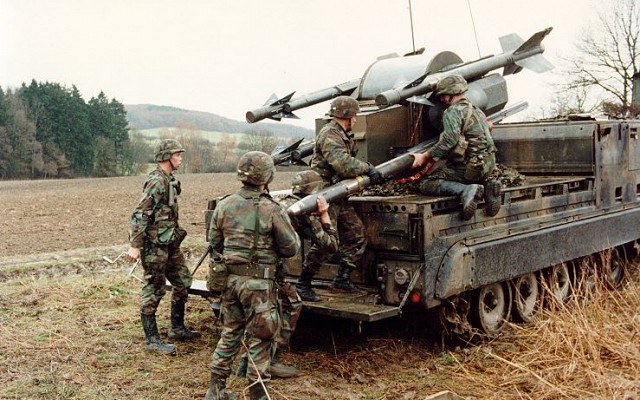 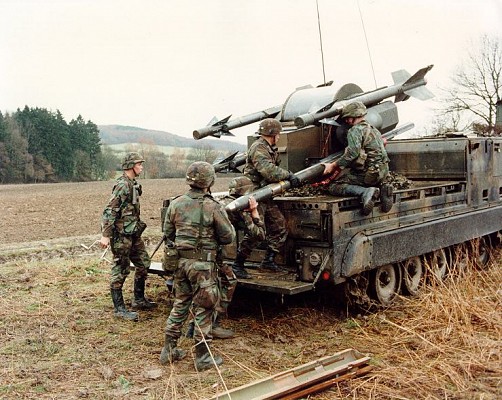 US Army M48 Chaparral being reloaded in the field. 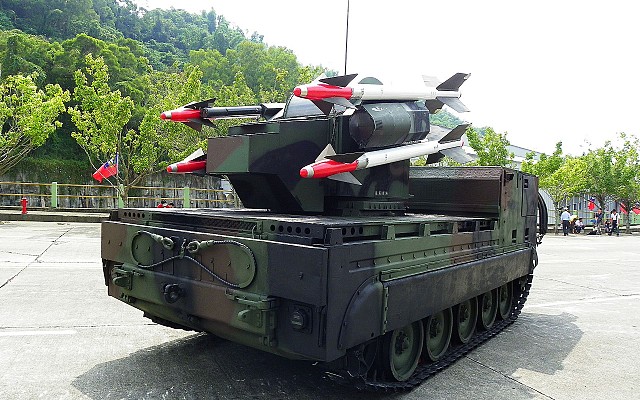 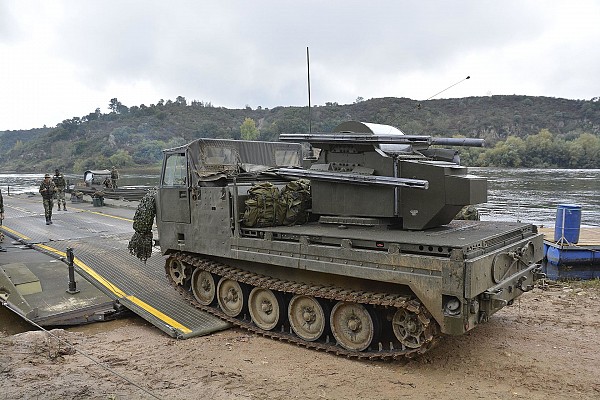 M48 Chaparral self-propelled SAM system about to embark on a ferry during an exercise in 2015. 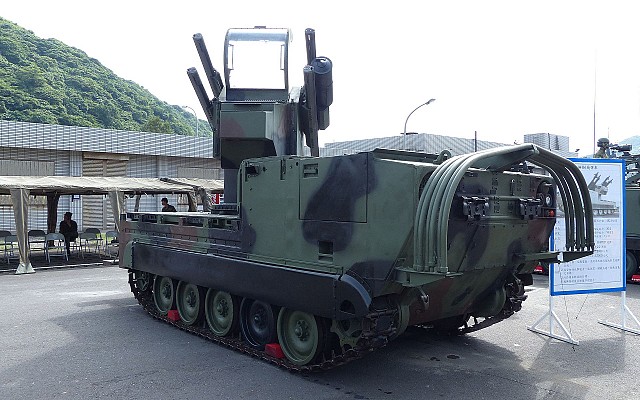 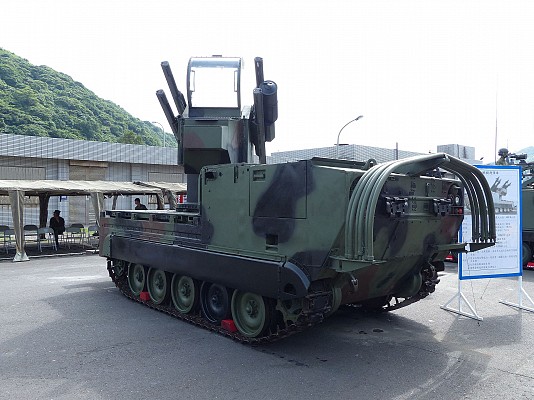 M730A1 launch vehicle in service with Taiwan. Note the FLIR camera between the empty launch rails and the operators canopy in open position.

The M48 Chaparral system fires the MIM-72 series of surface to air missiles.

The M48 Chaparral was developed to complement the M163 Vulcan self-propelled anti-aircraft gun. 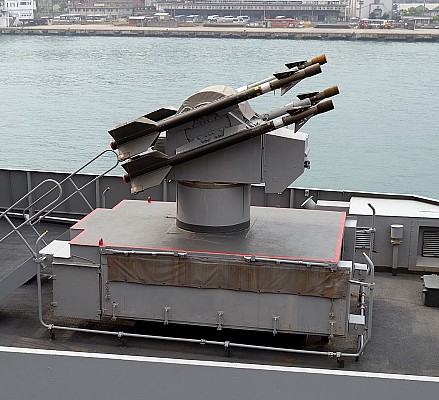 The Sea Chaparral is a naval variant, which was produced only in limited numbers.