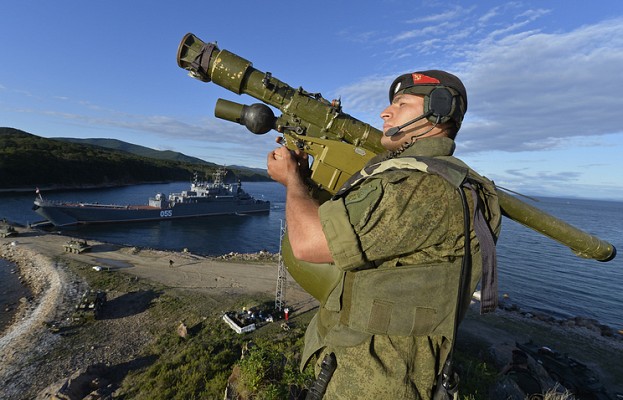 The 9K38 Igla is a man portable SAM system of Soviet origin. In the West it is known under NATO reporting name SA-18 Grouse. Development started in the early 1970's as a completely new design to replace the older 9K32 Stela-2 (NATO: SA-7 Grail). Design efforts were protracted and a simpler spin-off developed was developed in the late 1970's. This is known as the 9K310 Igla-1 (NATO: SA-16 Gimlet) and is described elsewhere.

The Igla follows the general design pattern of the Strela series, but is a deep modernization of nearly every type of component. It is an infrared guided missile using an improved dual channel homing section, more capable directed energy high explosive warhead and a magnetic proximity fuse backed up by a more sensitive impact fuse. The rocket motor is improved and a drag reducing aerospike is mounted over the seeker head. This results in better range, altitude and engagement envelope than the Strela series. All this comes at a much higher production cost, hence the less ambitious Igla-1 seeing widespread adoption as well.

The Igla features a dual channel passive infrared seeker that allows for an all aspect engagement of helicopters and aircraft. The 9M39 missile has a range of 5.2 km and ceiling of 3.5 km. The increased speed of the missile allows it to engage targets travelling just above Mach 1. Compared to the earlier 9K32M Strela-2M (NATO: SA-7 Grail) and 9K310 Igla-1 (NATO: SA-16 Gimlet) the seeker is more capable and less easy to deceive with flares.

The Igla was adopted by the Soviet armed forces in 1983 and at first issued to first line units and special operations forces. Upon introduction the Igla was among the most capable man portable SAM systems in the world. Exports were limited at first, but grew significantly in the 1990's after the fall of the USSR. The Igla has been supplemented by the improved 9K338 Igla-S and 9K333 Verba, but remains in widespread service in Russian and many nations in Eastern Europe, Asia, the Middle East and South America. 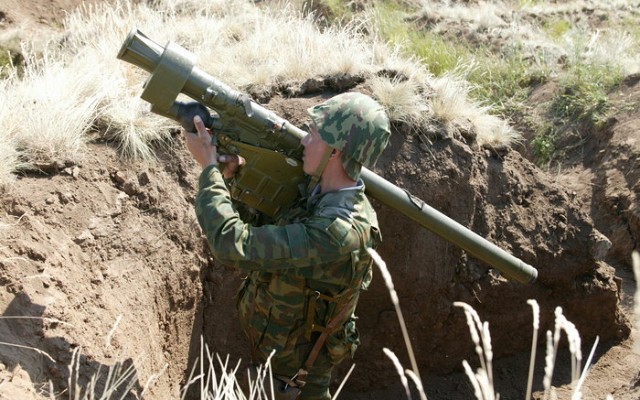 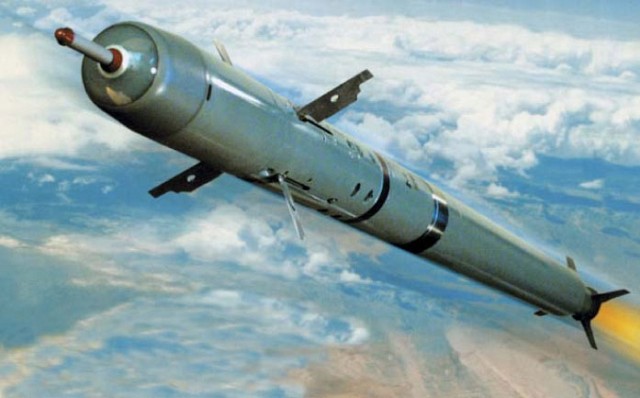 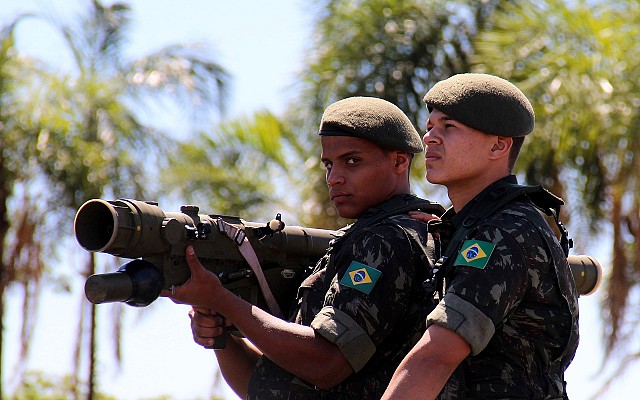 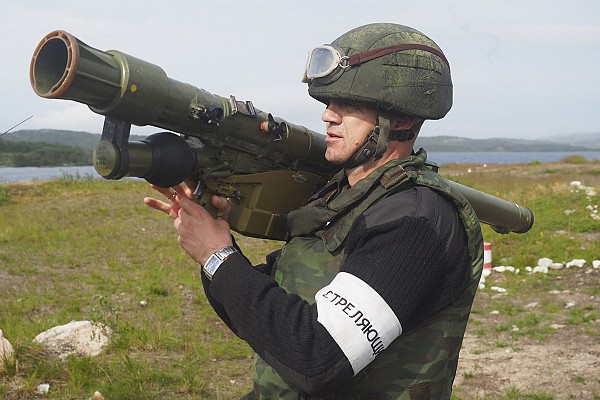 Russian instructor seen with 9K38 Igla during a training exercise in 2016. Russian instructor and trainee seen with 9K38 Igla during a training exercise in 2016. Note the 9M39 missile in the launch tube. The 9K38 Igla was developed at the same time as the 9K310 Igla-1 (NATO: SA-16 Gimlet), which was a less ambitious design project that introduced several years earlier. The 9K333 Verba is the successor of the Igla and Igla-S on the production line. Verba has a triple channel seeker.