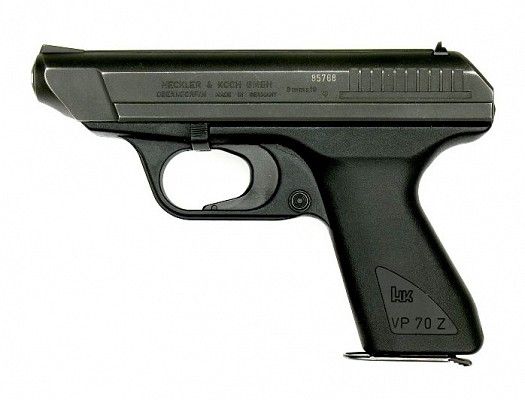 The VP70 is a machine pistol of German origin. It was introduced in 1970 by Heckler & Koch for civilian and military sales. When introduced the VP70 had many novel features, including a large double stack magazine and polymer frame.

The VP70 is a blowback operated pistol. A heavy slide sits on top of the lightweight polymer frame. The VP70 is striker fired and has a double action only trigger, which has a reputation for being uncomfortable. The military variant has a detachable shoulder stock, which doubles as a holster. The stock features a fire selector allows for burst fire.

The VP70 fires the 9x19mm Parabellum from an 18 round detachable magazine. Only the VP70M model can be used in burst mode. This requires the shoulder stock to be attached. The three round burst is fired at a cyclic rate of fire of 2.200 rpm. Maximum effective range is about 50 meters.

The VP70 saw limited use in the military and law enforcement rol. Known operators are Portugal, Morocco and Paraguay. Present day the VP70 obsolete due to its age.

VP70Z
Civilian version of the VP70. Semi-automatic only. Produced in 9x19mm Parabellum and 9x21mm IMI.
VP70M
Military and law enforcement version, produced only in 9x19mm. Has the ability to mount the stock and can be used in burst fire mode. 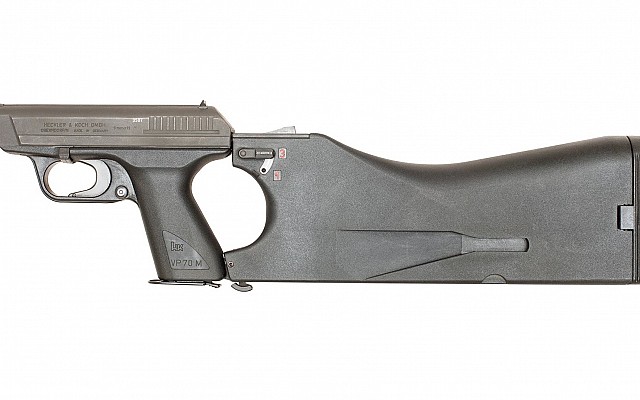 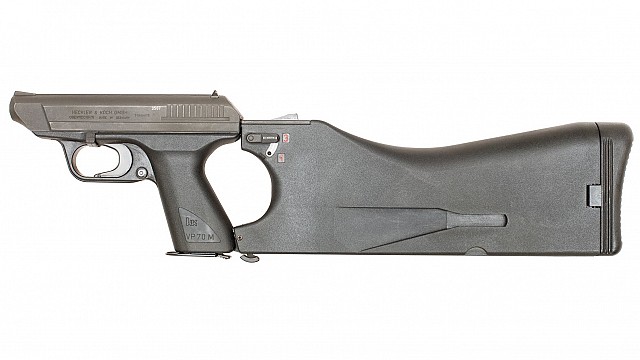 VP70M with stock fitted. Note the fire selector on the stock. 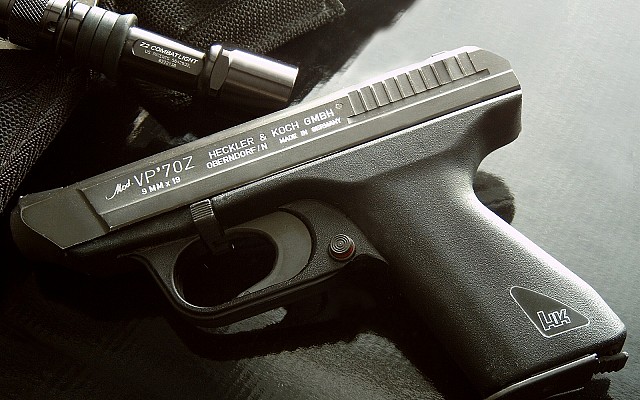 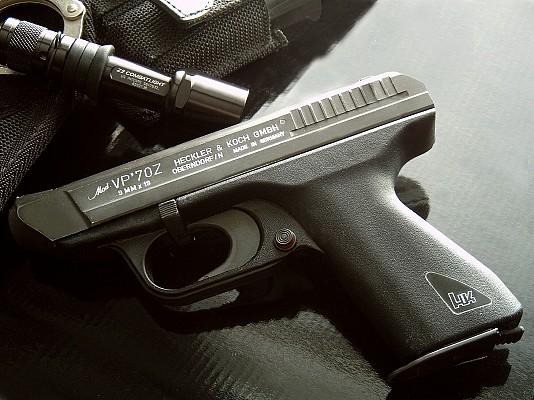