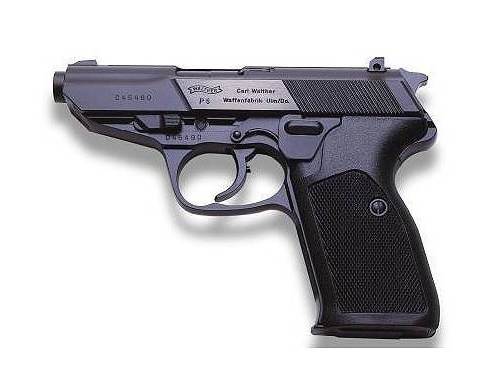 The P5 is a late Cold War era pistol of German origin. It was developed by Walther specifically for police use. For that reason the design was kept as compact as possible and multiple safeties were implemented. With the advent of polymer frame pistols the P5 is no longer considered lightweight and the 8 round magazine capacity is limited by today's standards.

The design was derived from the World War 2 era Walther P38 pistol. The P5 is a short recoil operated pistol with locked breech. In the P5 the slide covers the barrel resulting in a different look from the P38. Innovative features such as an alloy frame and firing pin safety were added. A single stack magazine is used. Cases are ejected to the left, which is rather uncommon.

The P5 is a semi-automatic pistol that fires the 9x19mm round from an 8 round magazine. Despite its short barrel length accuracy is quoted as good. The design is also very reliable. The compact model has similar characteristics as the standard full size model.

The P5 was adopted in large numbers by German and Dutch police forces and was sold in limited quantities to various other nations. Most P5 ended up in police use. The UK acquired about 3.000 P5 Compact for use in Northern Ireland. In both Germany and the Netherlands it has been replaced by more modern designs. 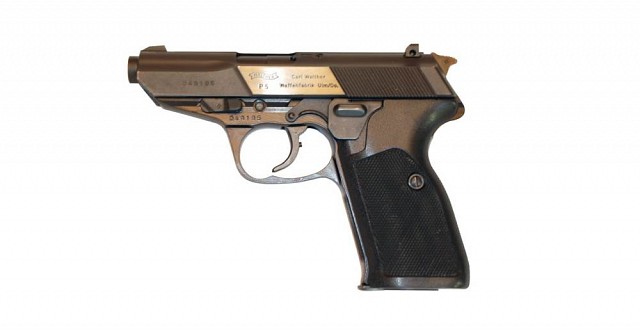 The baseline model of the P5 is the full size model. It can be distinguished from the Compact model by the barrel that extends from the frame. It also has a longer slide and full size hammer and sights. 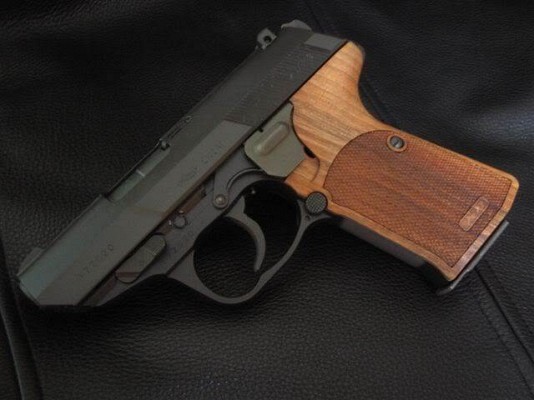 The P5 Compact is a smaller and lighter version of the full size P5. Unlike the full size model the Compact model is often fitted with wooden grips. The lower profile sights and hammer make the compact model easier to draw as a concealed carry weapon. 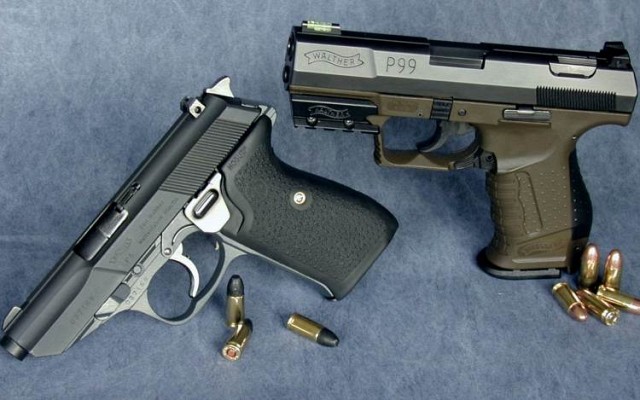 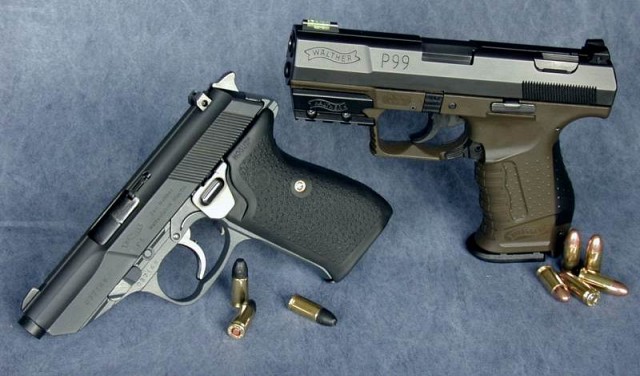 The Walther P5 left and the successor P99 on the right. 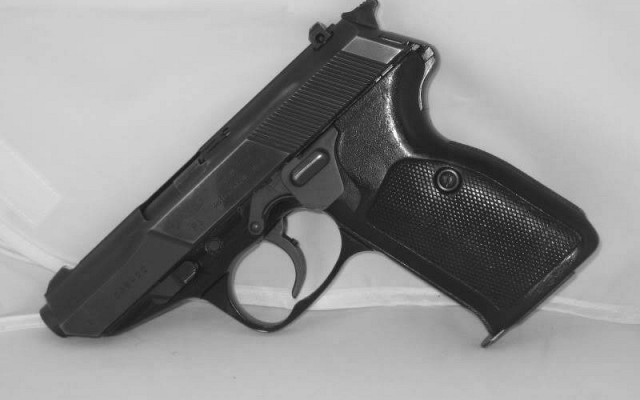 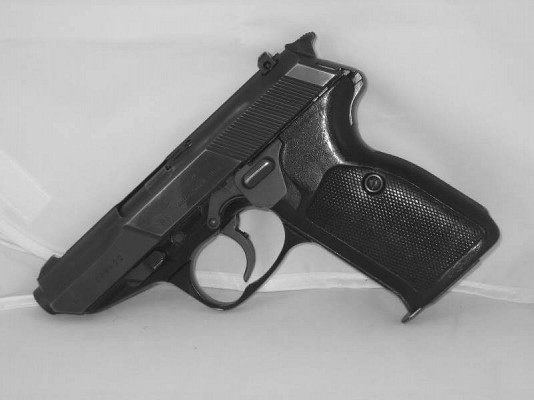 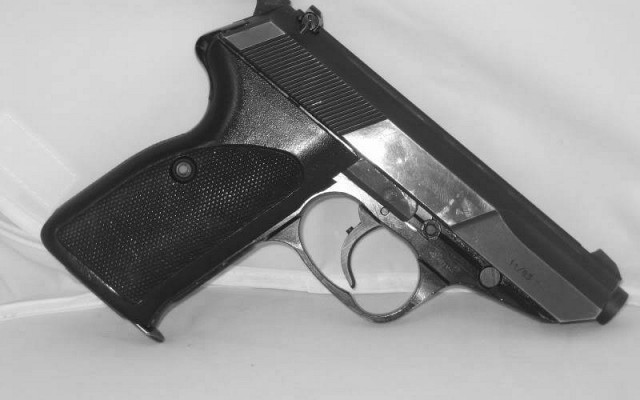 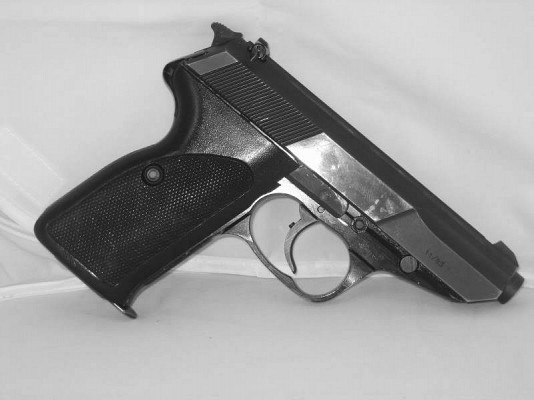 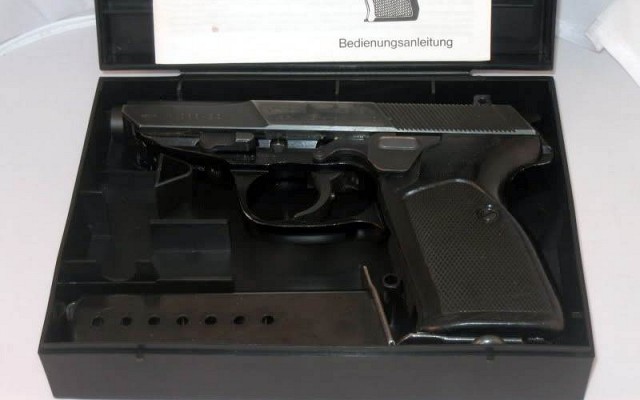 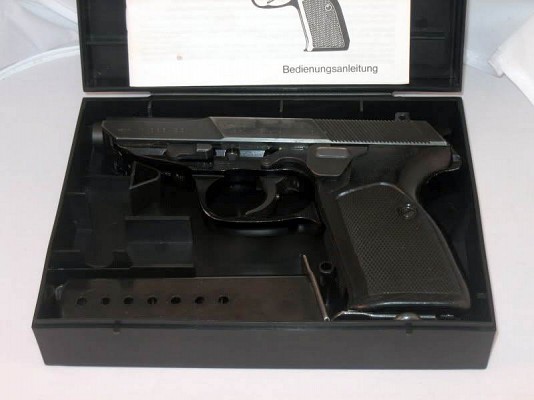 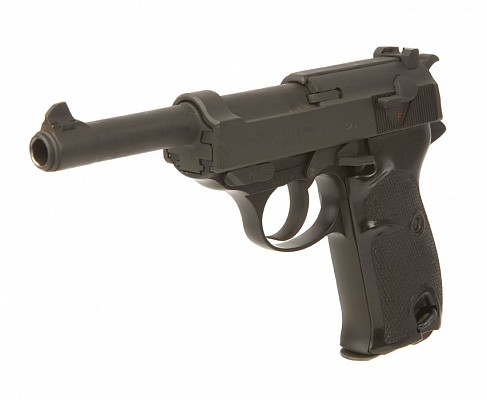 The P5 police pistol was derived from the proven design of the World War 2 era P38 pistol.