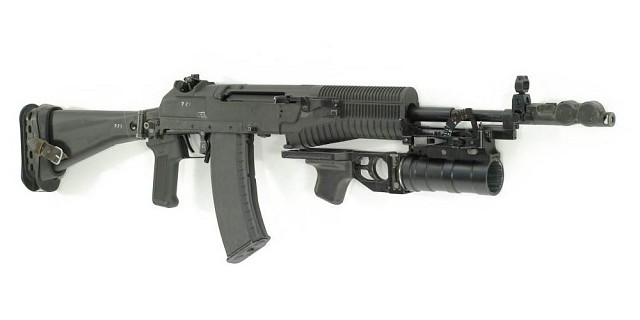 The AN-94 is an assault rifle of Russian origin. The design was started as early as 1980 for project Abakan that was initiated by the Soviet military to search for a very capable weapon to replace the AK-74 in Soviet services. The name AN-94 stands for 'Avtomat Nikonova 1994'. Although the AN-94 had a good performance it proved far too costly and complex to serve as a standard issue rifle.

Externally the AN-94 seem somewhat similar as the AK-74M, but internally it is very different. The AN-94 uses a mechanism which the designers call blowback shifted pulse and a rotating bolt is used. This system required the magazine to face slightly sideways. The AN-94 features much better sights than the Kalashnikov series and can mount a variety of optics. A rubber buttpad and complex muzzle brake improve controllability during automatic fire. The forearm, pistol grip and side folding stock are made out of plastics.

The AN-94 fires the 5.45x39mm Soviet round from standard 30 round magazines or new 45 and 60 round ones. It is a select fire weapon with a cyclic rate of fire of 600 rpm. The most prominent feature of the AN-94 is its two round burst fire option with associated higher rate of fire of 1.800 rpm. This allows the second shot to leave the weapon before the recoil moves the weapon. The result is that two rounds will impact in nearly the same spot, improving the lethality significantly. The effective range is 400 meters with iron sights. The AN-94 can also mount a GP-30 grenade launcher and bayonet and if needed both at the same time.

The AN-94 was to become the standard issue rifle for the Soviet armed forces. The breakup of the Soviet Union and resulting economic downfall and lack of budget resulted in only a very limited production run. Over time more AK-74M were ordered by the Russian forces, the improved performance of the AN-94 did not merit its much higher cost. The AN-94 remained in low rate production for a number of years and was available for export. 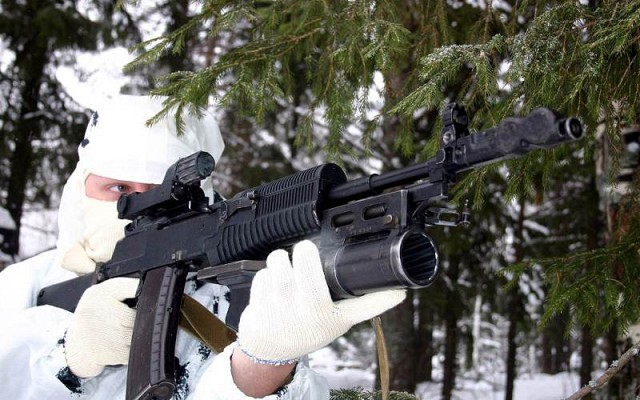 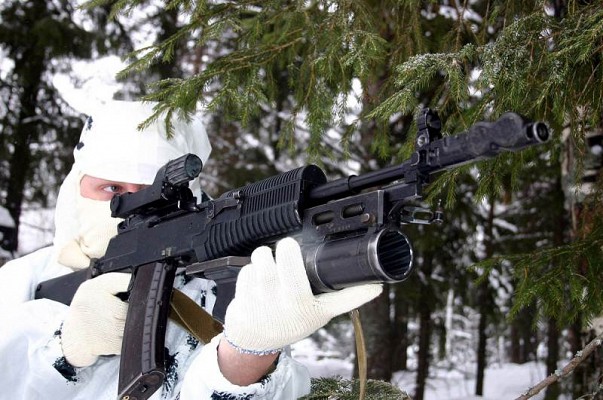 Operator with AN-94 assault rifle with optical sight and GP-30 grenade launcher. 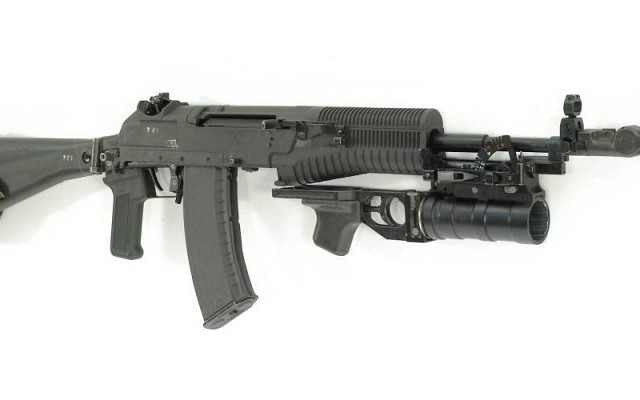