The Sd.Kfz. 251/22 is a self-propelled anti-tank gun of Nazi German origin. It was developed and produced in the late stages of World War 2. Using a powerful anti-tank gun on a halftrack is less than ideal, but did provide much needed mobility for anti-tank guns to support infantry in defensive positions.

All vehicles were based on the Ausf D version of the widely used Sd.Kfz. 251 hafltrack and not on earlier models. These vehicles were produced both as new vehicles and as field conversions. Conversion kits were shipped to field workshops for conversion of late style SdKfz 251/9 with the shorter 75mm gun. Due to the chaotic final stages of World War 2 the exact production number is difficult to ascertain.

Even in the late stages of World War 2 the 75mm PaK-40 was a potent anti-tank gun. It can be accurately used at longer distances and at range it is still effective against the vast majority of soviet and allied tanks. The main limitation of the the SdKfz 251/22 is the limited traverse and elevation of the gun. Unlike many tracked tank destroyers the SdKfz 251 halftrack cannot pivot. A limited number of shells were carried. Cramped internal arrangement probably reduced the rate of fire compared to the towed variant.

The SdKfz 251/22 provides much needed mobility to anti-tank guns in support of infantry. The mobility allows for quickly setting up defensive positions. Downside of the SdKfz 251/22 is that it is somewhat overweight. Recoil forces probably increase wear and tear.

The steel armor of the SdKfz 251 Ausf D halftrack provides protection against small arms fires, especially at extended range. The SdKfz 251/22 is an open top vehicle. Aside from the gun shield the gun crew and commander are exposed when operating the PaK-40.

The SdKfz 251/22 was used by Nazi German forces in the later stages of World War 2. It was mostly used with infantry units, such as panzergrenadiers. After World War 2 it was used in quantity by Yugoslavia in the early stages of the Cold War. 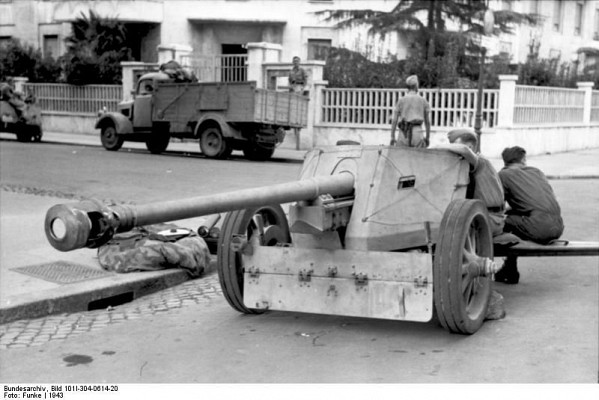 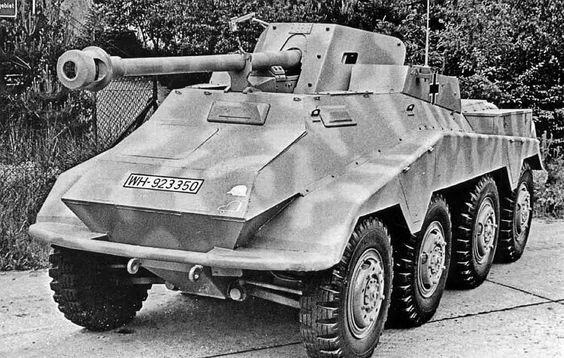