The M-30 is a World War 2 era towed howitzer of Soviet origin. It was developed in the USSR just before World War 2 in order to replace several pre World War 1 designs. The M-30 proved to be a successful and effective design during World War 2 and various Cold War conflicts. By present day standards its range, rate of fire and weight are well below the norm.

The M-30 follows a classic rugged design with its spilt trail two wheel carriage, hydraulic recoil buffer and gun shield. The chassis is relatively heavy in relation to the ordnance, which is a rifled 122mm 23-caliber howitzer without muzzle brake. An 8 men crew is required for normal operations. The preparation of the split trail carriage before firing requires about 1.5 minutes. Both indirect fire and direct fire sights are fitted. The gun shield provides a degree of protection against small arms fire over the frontal arc.

The M-30 fires 122mm shells out to a maximum range of 11.8 km. In the direct fire role a HEAT shell may be fired in addtion to the HE-Frag shells. The maximum rate of fire is 5 to 6 rounds per minute. During sustained fire this is reduced to 1 to 2 rpm.

The M-30 is towed by its split trail carriage and does not require a limber. Given its caliber the M-30 is rather heavy and as such it is somewhat more difficult to move. It is usually towed by a light truck, medium truck or artillery tractor. It can also be drawn by six horses or manhandled over short distances. Maximum towing speed is 50 km/h on paved roads and 35 km/h in dirt roads.

The M-30 was used in large numbers by the Soviet army during World War 2. Over 17.000 were produced during World War 2 and several thousand more after the war. The M-30 was widely exported to Soviet allies in Eastern Europe, the Middle East, Africa and Asia. Since 1960 the M-30 was supplemented by the D-30 in Soviet service and today none remain in Russian service. China produced several thousand M-30's during the early Cold War era as the Type 54. Many Type 54 have also been exported. Both M-30 and Type 54 remain in active use with various third world nations. 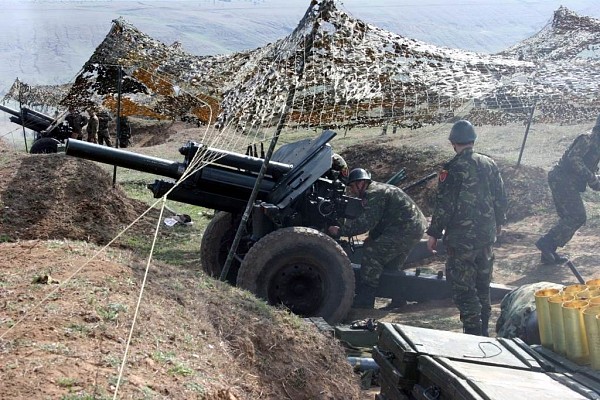 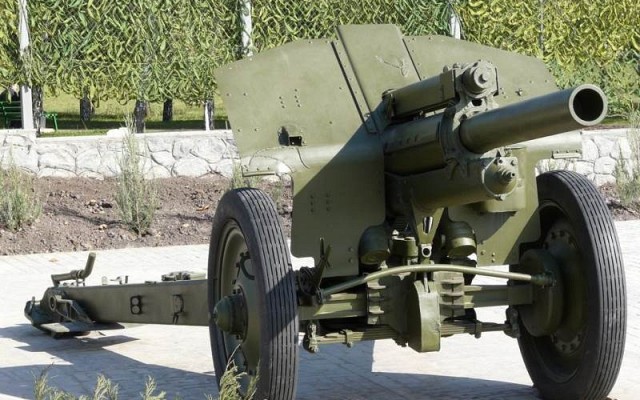 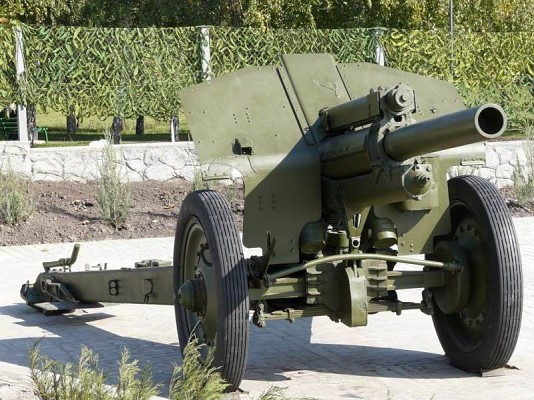 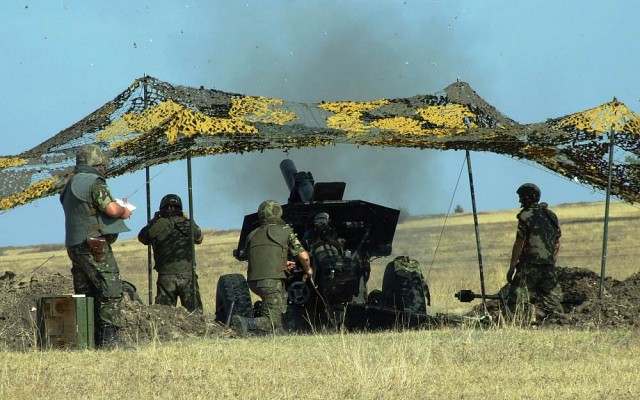 Right side view of captured M-30 in an Israeli museum. Rear view of captured M-30 in an Israeli museum. 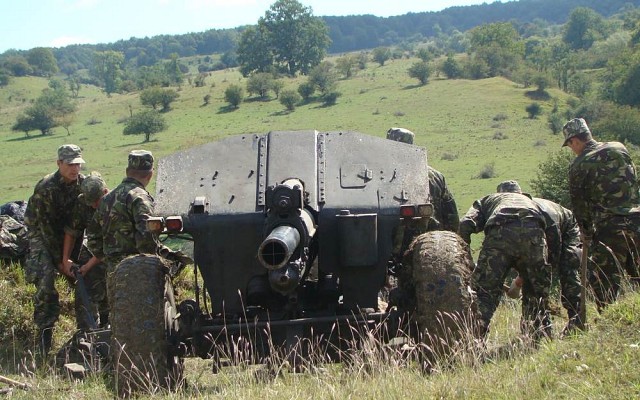 Rear view of M-30 with its original rubber wheels. 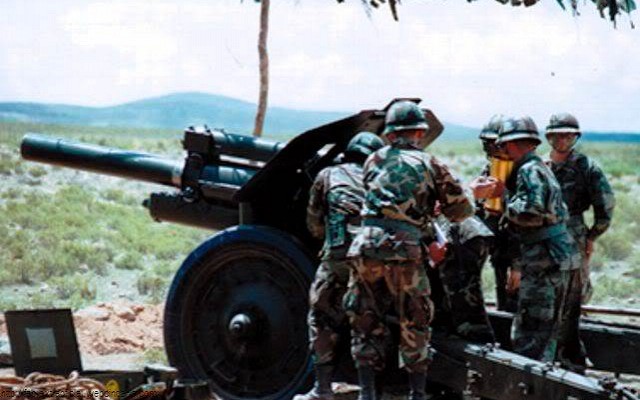 Bolivian Type 54-I in firing position. Soviet M-30 with its optional limber during World War 2. The SU-122 is an assault gun based on the T-34 chassis and mounting the M-30S howitzer, which is derived from the towed variant.

The D-30 was developed to replace the M-30 in Soviet service. A notable feature of the D-30 is its three leg carriage that allows for 360 degree rotation.

The D-1 is a 152mm howitzer with large double baffle muzzle brake that uses the same carriage as the M-30.