The AMD-65 is a Cold War era assault rifle of Hungarian origin. It was developed as a more compact weapon for use by paratroopers. The AMD-65 is one of the most distinct looking firearms derived from the Kalashnikov AKM assault rifle.

The AMD-65 is a more compact development of the AKM-63, which is a modified license produced version of the Soviet Kalashnikov AKM assault rifle. The AMD-65 retains the AKM-63 metal forearm with forward angled vertical grip. The barrel is shorter and is fitted with a large double slot muzzle brake. The metal strut side folding stock makes the AMD-65 far more compact than a full size Kalashnikov. However, the ergonomics of the stock are poor and there is no ability to rest your cheek or chin.

The AMD-65 fires the 7.62x39mm Soviet round from standard Soviet style 30 round magazines. It is a select fire weapon with cyclic rate of fire of 650 rpm. Despite having the large muzzle brake and forward grip the AMD-65 is reported to be more difficult to operate effectively than the regular full size AKM assault rifle.

The AMD-65 was adopted by the Hungarian military and was mostly issued to paratrooper units. Large numbers were exported to various nations in the Middle East and Africa. 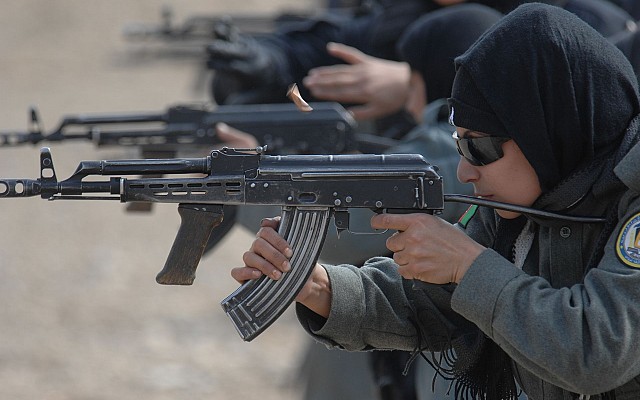 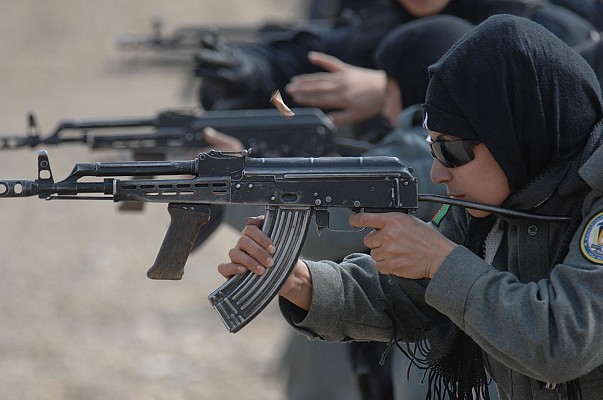 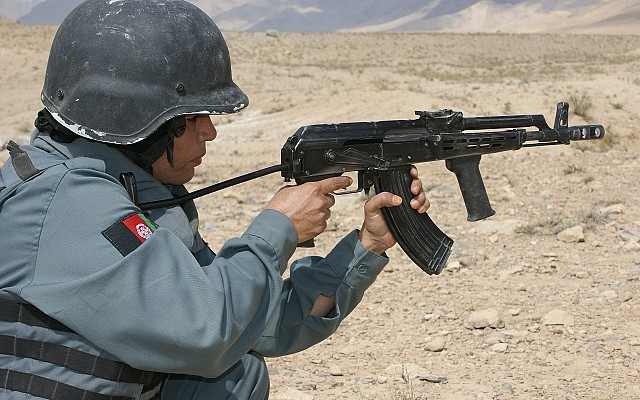 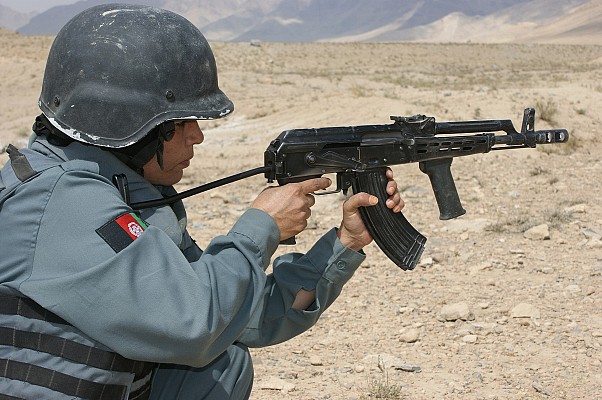 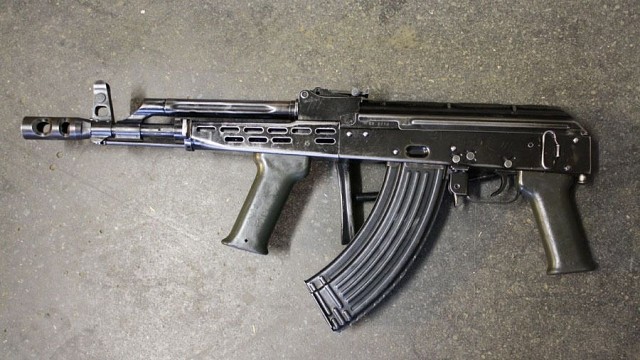 Left side view of a deactivated AMD-65 assault rifle. 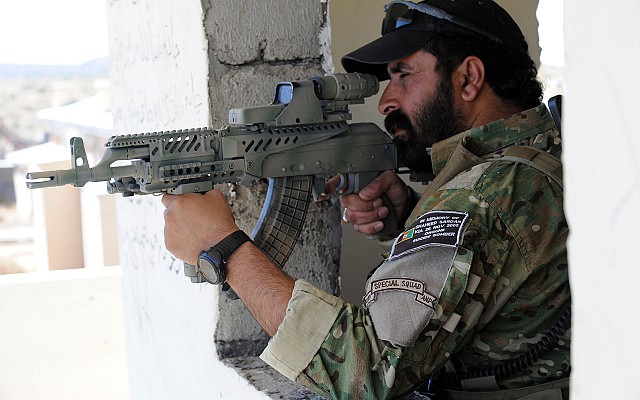 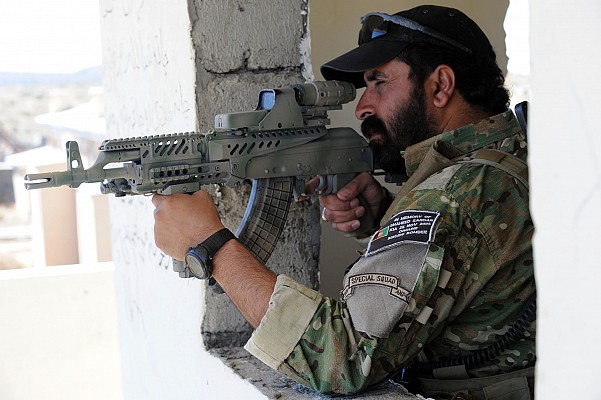 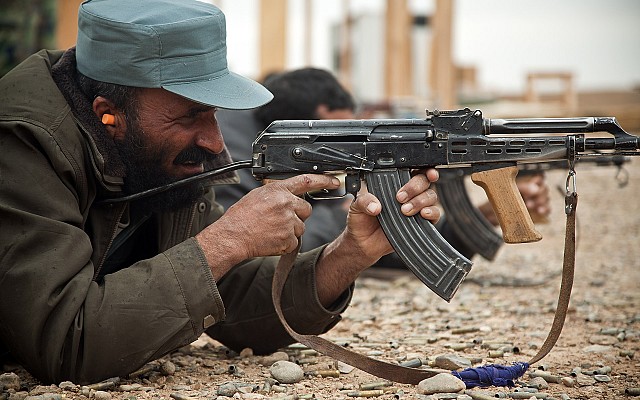 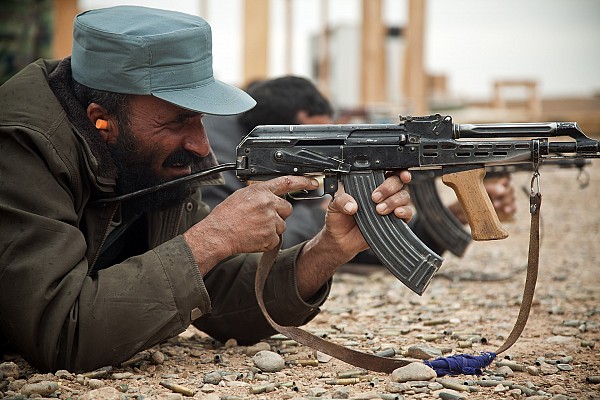 Close-up of Afghan police training with AMD-65 assault rifles in 2012. 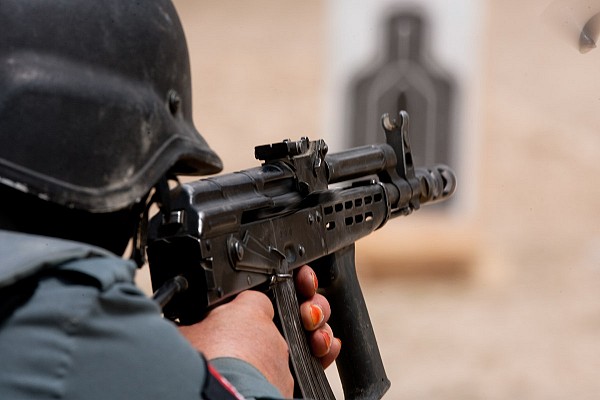 Close-up of Afghan police training with AMD-65 assault rifles in 2010.