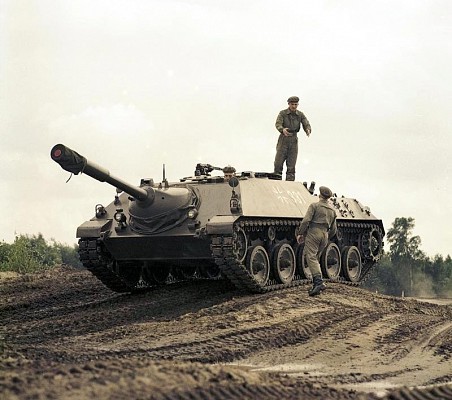 German troops with Kanonenjagdpanzer in 1965.

The Kanonenjagdpanzer looks like a modern take on the design of the iconic World War 2 era Jagdpanzer IV. The layout is similar with its well sloped and low profile casemate superstructure. The crew compartment and cannon are located in the front. The four man crew consist of a commander, driver, gunner and loader. The engine and drivetrain can be found in the rear compartment. Both Kanonenjagdpaner and Raketenjagdpanzer 2 use a common tracked chassis. This common chassis also shares many automotive components with the well known West German Marder mechanized infantry combat vehicle.

The main armament is the 90mm L/40 Rheinmetall BK 90 cannon. Traverse is very limited, being 15 degrees to each side. The 90mm cannon uses the same ammunition as the main gun on the M48 Patton tank, and it has a similar performance. A total of 51 rounds are carried. Secondary armament consists of two 7.62mm MG3 machine guns. One is mounted coaxially to the main armament, the other one is on a flexible mount on the roof. The main gun was considered effective against early Cold War era tanks such as the T-55 and T-62. Newer Soviet tanks presented a major challenge. These include the T-64, T-72 and T-80 series.

During the design phase mobility was deemed on of the key aspects of a tank destroyer. The tracked chassis provides good mobility, both on and offroad. The MTU V8 water-cooled diesel engine provides up to 500 hp. The maximum speed is 70 km/h and on roads the range is 385 km. The Kanonenjagdpanzer is not amphibious.

The Kanonenjagdpanzer features a steel hull with sloped sides. The maximum thickness is 50mm. This provides protection from small arms fire and shells splinters all around. Over the frontal arc it is resistant to autocannon and heavy machine gun fire. However, against tanks and other combat vehicles it relies on its low silhouette and mobility for its survivability. NBC protection is fitted and the vehicle is operated from under armor protection. Smoke grenade launchers are present and can be used to cover the retreat from an ambush position.

The Kanonenjagdpanzer was used in large quantities with West German forces. In German service it was used alongside the Jagdpanzer Rakete, a similar chassis armed with SS.11 anti-tank guided missiles. Production amounted to 770 vehicles. A total of 80 ex-German vehicles were adopted by Belgium. As the level of protection of Soviet tanks steadily increased over the years the combat effectiveness of the Kanonenjagdpanzer dropped accordingly. In the 1980's a total of 163 vehicles were converted into the Jagdpanzer Jaguar 2 by removing the 90mm gun and fitting a pedestal mounted TOW-2 anti-tank guided missile launcher. 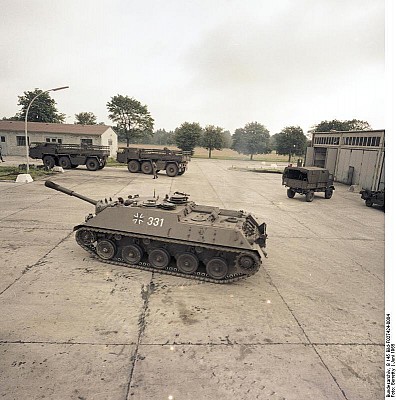 Side view of West German Kanonenjagdpanzer in 1965. 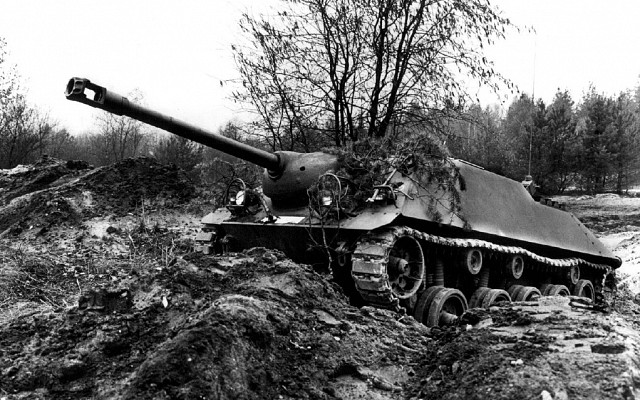 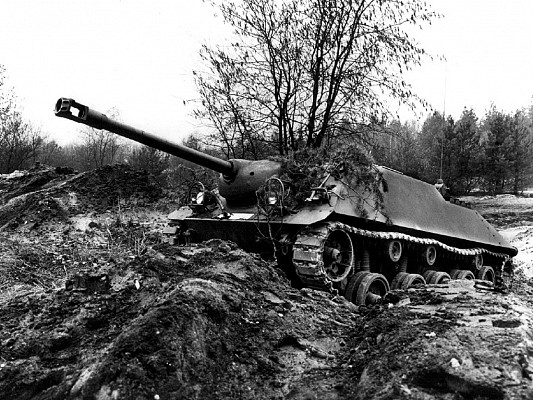 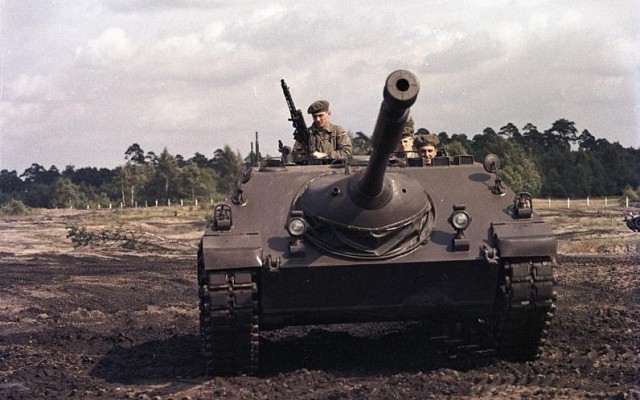 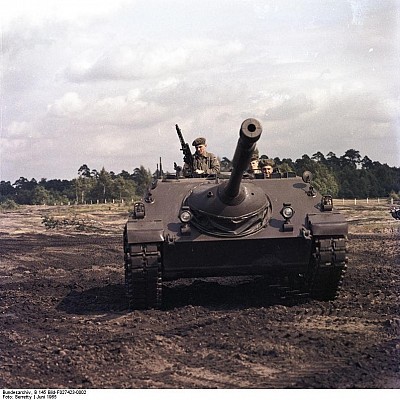 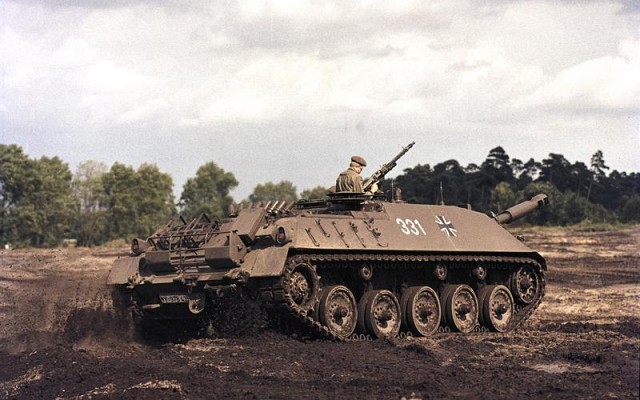