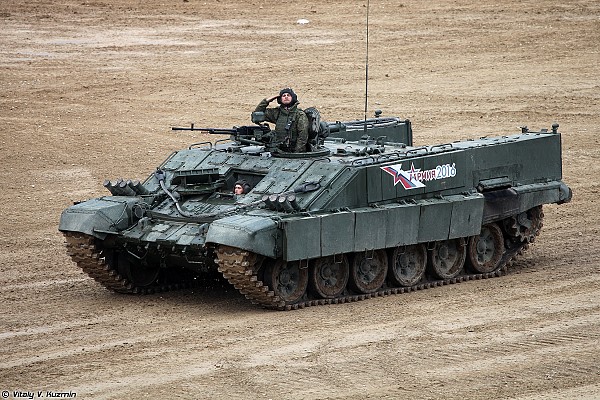 BMO-T heavy APC in the field during a display in 2016.

The BMO-T is a heavy armored personnel carrierd of Russian origin. It was developed in the late 1990's as a dedicated vehicle to support rocket flamethrower infantry units in the field.

The BMO-T is based on the chassis of the T-72 main battle tank and all vehicles produced to date are built using existing stocks of T-72 tanks. Instead of the turret a raised superstructure is present. The new superstructure consists of composite armor and is lined with ERA tiles. The crew consists of a driver and a vehicle commander that also operates the remote controlled 12.7mm heavy machine gun. Alongside the 2 man crew there is space for up to 7 troops. A regular setup is a 4 man flamethrower section with 32 RPO-A shoulder-launched rockets.

A 12.7mm Kord heavy machine gun is fitted for self-defense and cover fire in support of the infantry. A total of 1.000 rounds are carried for this weapon. The majority of the firepower comes from the rocket flamethrower section with their 32 RPO-A shoulder-launched rockets.

The heavy tracked chassis provides good off road mobility, even which such a heavy armored superstructure. The 840 hp diesel engine provides a maximum road speed of 60 km/h.

The BMO-T is a well armored vehicle. The new superstructure is well armored. The ERA tiles protect from all but the most capable shoulder fired rockets. In combat the flamethrower troops are are partly exposed. The presence of explosive reactive armor is a further danger to the infantry as well. Effective use of this vehicle requires a thought out and well rehearsed doctrine.

The BMO-T is in use with Russian forces in limited numbers. Perhaps as little as 10 vehicles have been converted to BMO-T. Per old Soviet doctrine the flamethrower units aren't part of the regular forces, but of the chemical warfare troops. 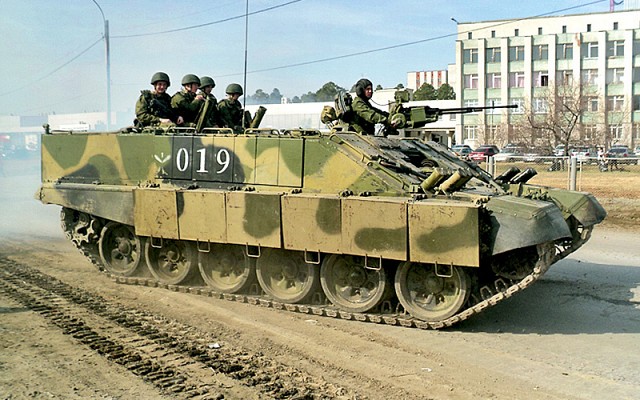 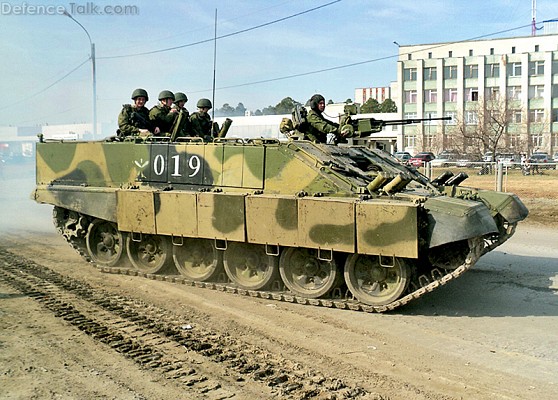 BMO-T heavy APC on the move with rocket flamethrower troops at the rear. 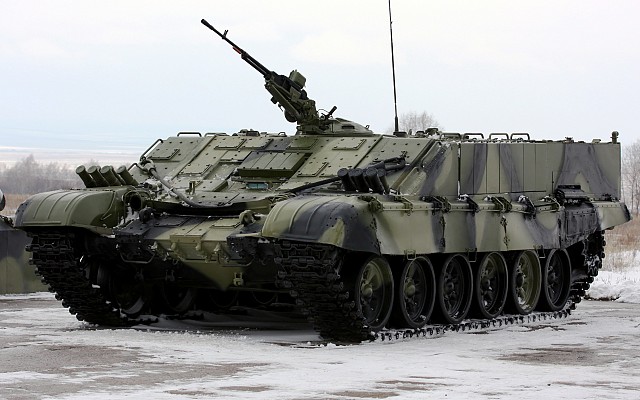 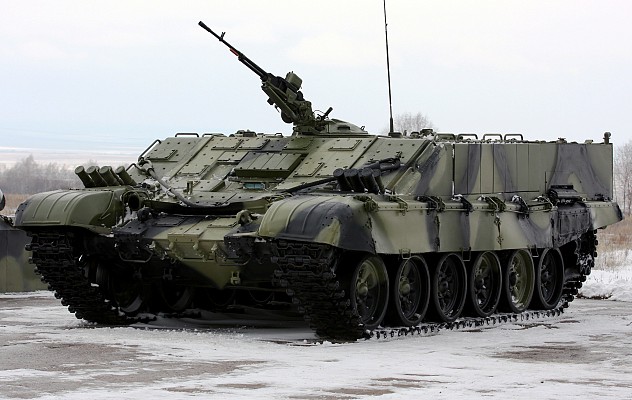 Forward view of BMO-T heavy APC. Note the heavy armor on the front. 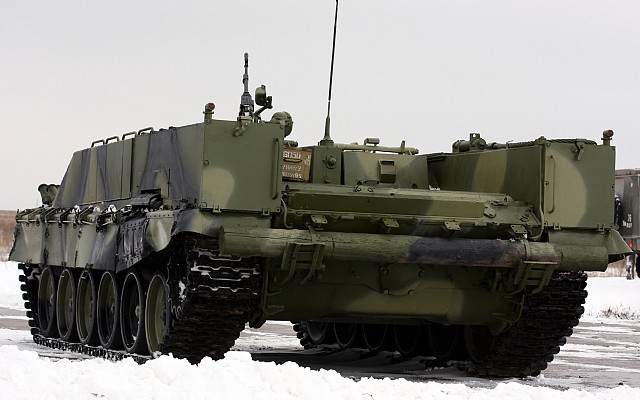 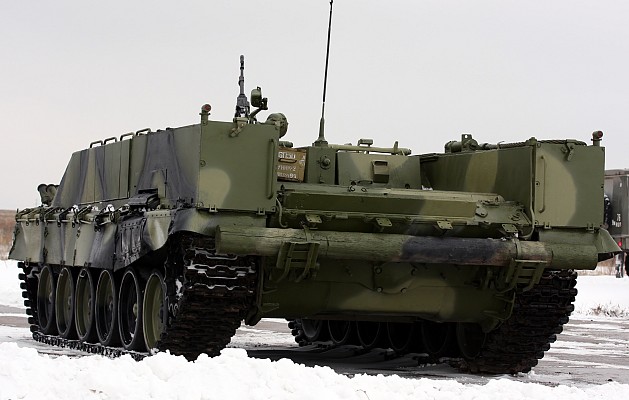 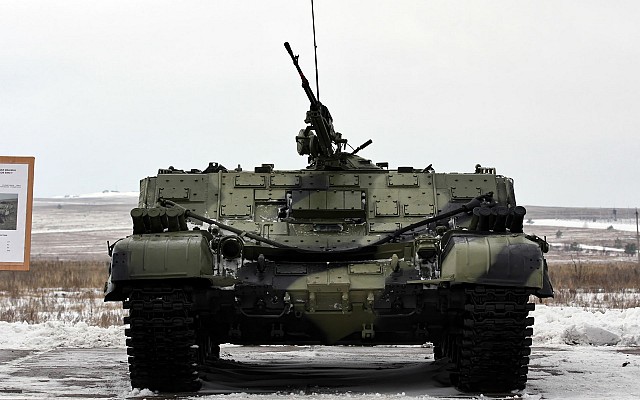 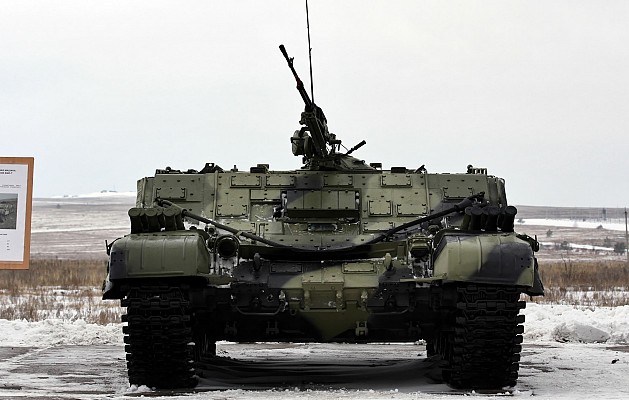