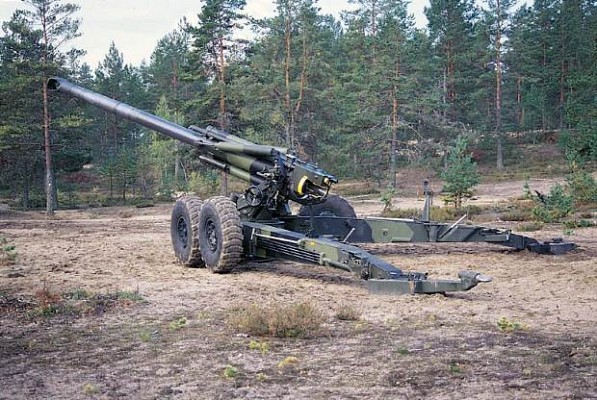 The M-83 uses a 155mm 39-caliber ordnance with single baffle muzzle brake. The four wheel split trail carriage hinges at the cradle. In the firing position the M-83 rests on a turntable baseplate. In travel configuration the ordnance is rotated rearwards over the trails. The FH-70 is crewed by 8 men. There is no gun shield.

The M-83 fires NATO standard 155mm shells. The maximum range is 23 km with standard ammunition and 30 km with base bleed shells. Burst rate of fire is 3 shells in 15 seconds. Maximum rate of fire is 8 rounds in 1 minute. The sustained rate of fire lies lower.

The M-83 is towed by a heavy off-road truck which also carries the crew and ammunition. The M-83 has no APU and is too heavy to be manhandled. 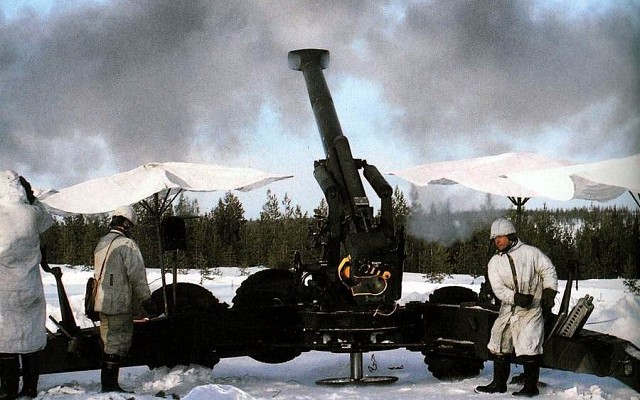 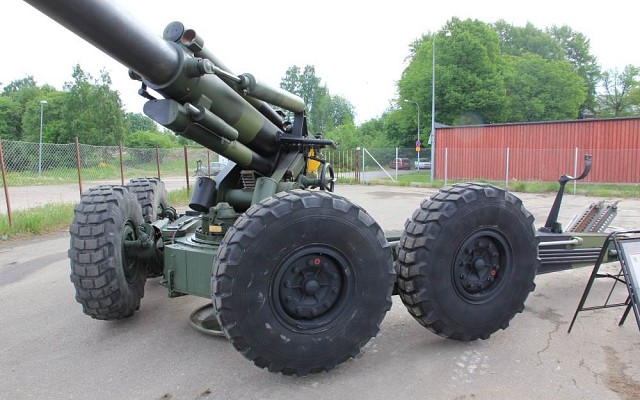 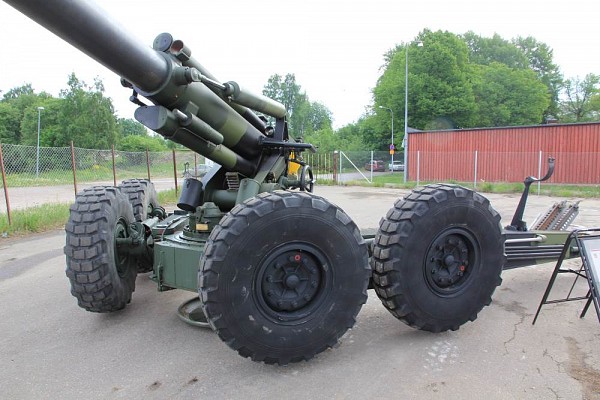 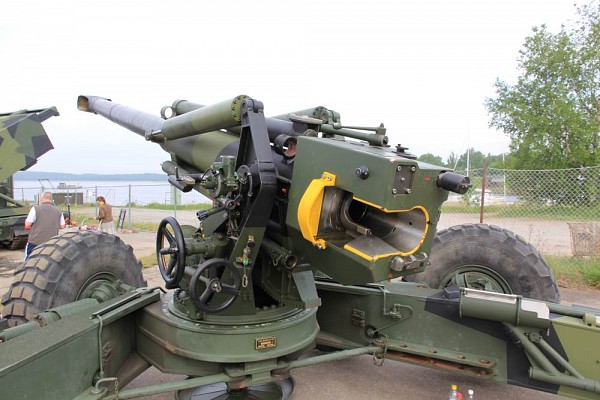 Close up of breech of Tampella M-83 towed howitzer. Tampella M-83 in travel configuration being towed by a truck. 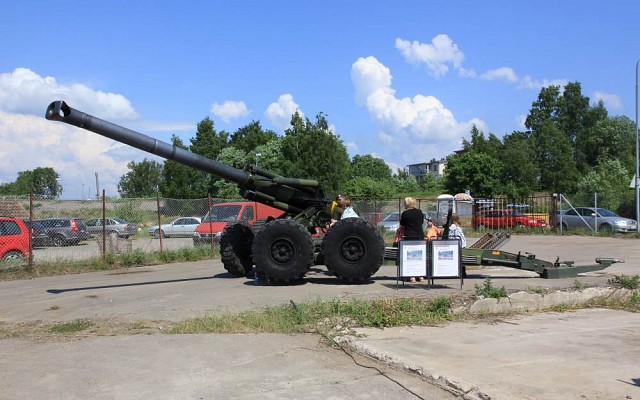 The Israeli Soltam M-71 looks similar to the M-83 due to the similar layout of the carriage.