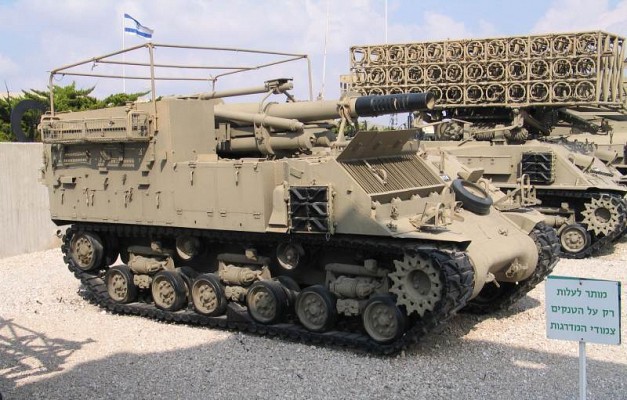 The M-50 is an early Cold War era self-propelled howitzer of Israeli origin. It was developed in Israel, possibly using French assistance. The M-50 provides self-propelled artillery support, a capability that the Israeli army lacked at the time. The M-50 is based on the chassis of the US World War 2 era Sherman tank.

The M-50 is based on the long hull M4A4 Sherman tank chassis. The chassis was substantially modified by moving the engine towards the front right side of the vehicle. The A low open roof superstructure is mounted at the rear with the ordnance of the French Modèle 50 155mm towed howitzer. Over time existing vehicles were upgraded with HVSS suspension and a new diesel engine.

The crew is not protected from all sides by armor since the top and rear of the vehicle are open. The armor itself provides protection from small arms fire and shell splinters. There are no NBC system, smoke grenade dischargers or fire extinguishing system.

The M-50 was adopted by the Israelis in the early 1960's and has been used in various conflicts. Since the 1970's it was supplemented by the L-33 which was also based on the Sherman chassis. By the end of the 1970's it was relegated to the reserve role. No M-50 have ever been exported. 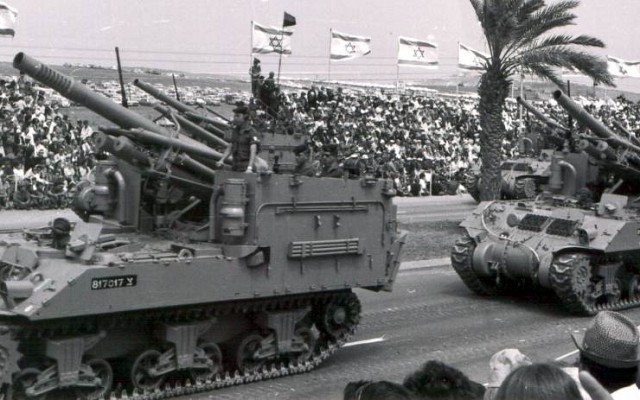 A number of M-50 self-propelled howitzers without new engine during a parade in 1965. 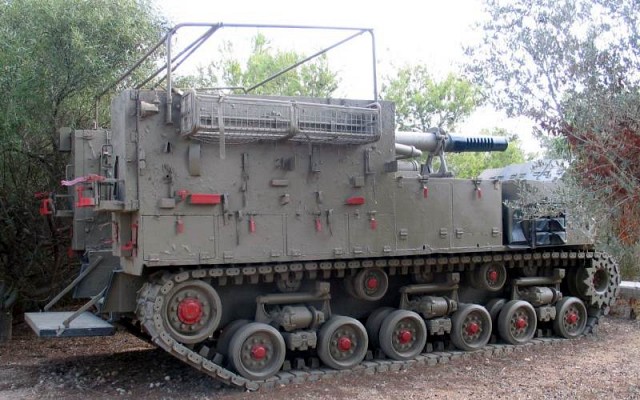 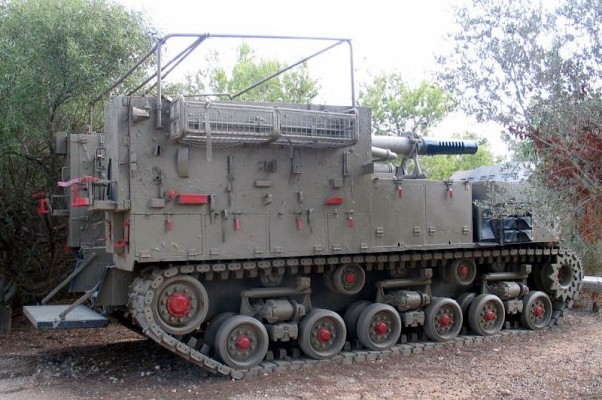 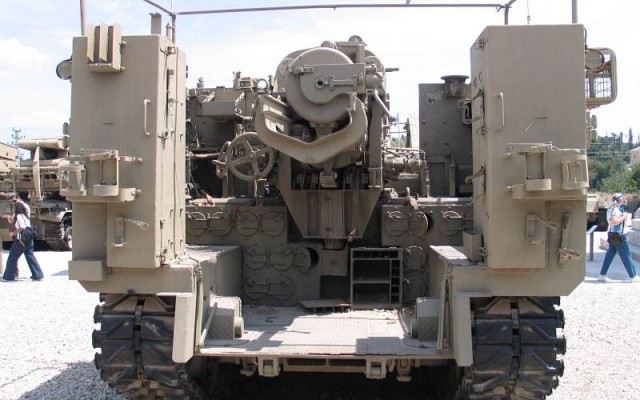 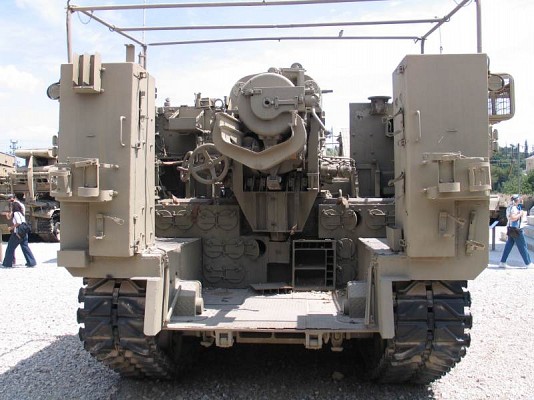 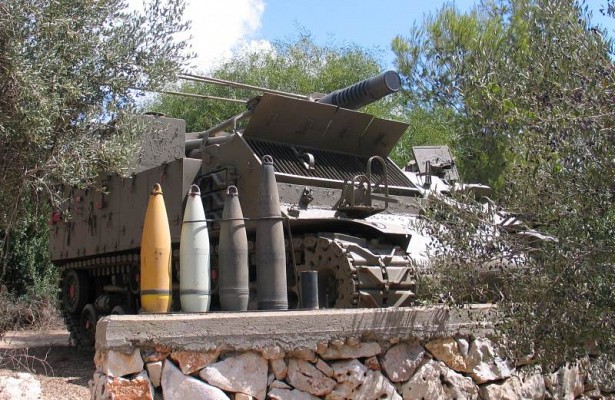 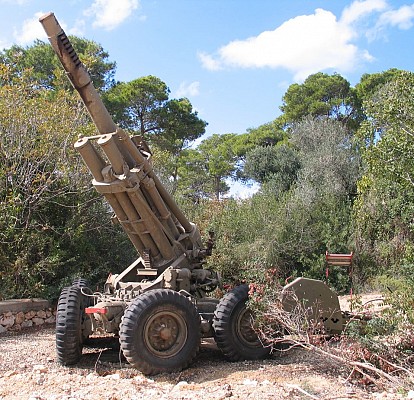 The French Obusier 155mm Modèle 50 towed howitzer is used as the main armament on the M-50. 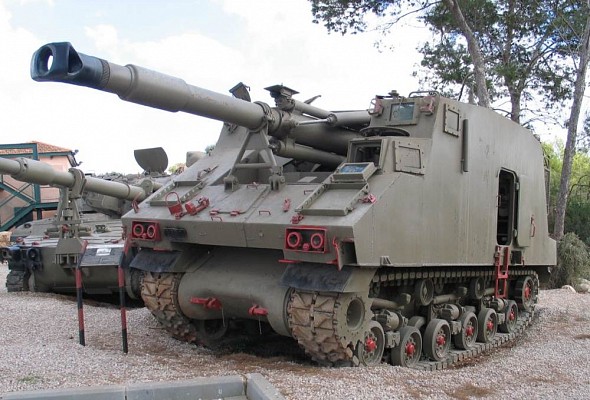 The L-33 is another Israel self-propelled howitzer that uses the M4 Sherman main battle tank chassis.

For self-defense a .30 caliber M1919A4 machine gun is fitted on a pintle mount.