The GCT is a self-propelled 155mm howitzer of French origin. Giat started the development in 1969 when the French government announced the AXM 105 and Mk.F3 were to be replaced. GCT stands for "Grand Cadance de Tir", French for "high rate of fire". This name was chosen while during development it had a rate of fire which was twice of what was normal at the time. The first prototypes were built in 1972 and the vehicle entered service in 1977.

The GCT is based upon the chassis of the French AMX-30 main battle tank. The turret is fitted in the middle and the drive train in the rear. Unlike many self-propelled howitzers the fighting compartment does not extend into the rear hull but is fully separate. Another unique feature is that the whole rear of the turret can be opened. This allow the six shell racks and the associated charges to be loaded quickly.

The GCT is armed with a 40-calibre 155mm howitzer that is connected to an automatic loader. It is possible to fire a burst of six rounds in 45 seconds. The normal rate of fire is 4 to 6 rounds per minute and during sustained fire 1 to 2 rounds are fired every minute. The maximum range with standard French HE ammunition is 23 km, with US M107 rounds it is 18 km and HE base bleed rounds have a range of 29 km. A machine gun is fitted on the turret roof for self defense.

The GCT is based on the AMX-30 tank chassis. Most of the armor is removed making the chassis 2000 kilograms lighter. The GCT is operated under full armor protection. The steel armor gives protection against small arms fire and shell splinters. NBC and fire suppression systems are present. A total of 4 smoke dischargers are fitted.

The GCT is based on the tracked chassis of the AMX-30 tank and has a good off road performance. A Hispano-Suiza 720hp diesel engine provides propulsion. Maximum speed is 60 km/h. An auxiliary power unit provides power when the engine is not running.

The main user of the GCT was the French army. It was exported to three nations in the Middle East. In French service the GCT is called the AU F-1. Given its age it is either to be upgraded or no longer in active service. 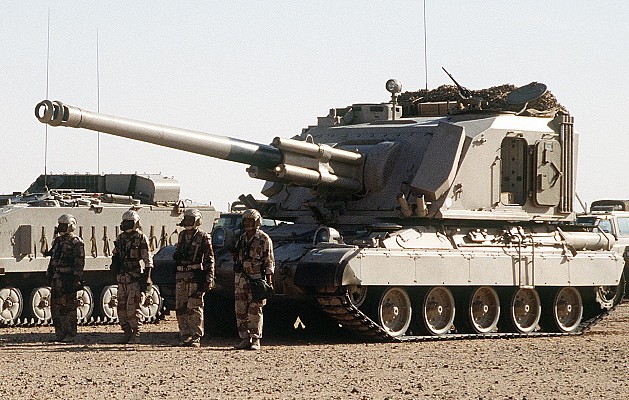 GCT / AU-F1
The GCT is a self-propelled howitzer based on the chassis of the AMX-30 main battle tank. The huge boxy turret is fitted with a 40-calibre 155mm howitzer fitted to an automatic loader. The whole rear of the turret can be opened to allow the racks of six shells and the charges to be loaded quickly. A 7.62mm AAT-F1 or 12.7mm M2HB is mounted at the loader's hatch. The GCT was fitted with very modern fire control systems, including a goniometer, an optical goniometer, a contra rotation device and a direct fire sight. The GCT is called AUF-1 in French service. The AUF-1T is fitted with an improved fire-control system.
AU-F2
In 1999 a project was started to upgrade most of the remaining French AUF-1 to AUF-2 configuration. This project was subsequently cancelled in favor of the Caesar wheeled self-propelled howitzer. The AUF-2 has an improved APU and engine, is fitted with a 52-calibre barrel, a modified recoil system, an improved automatic loader, a muzzle velocity radar and has a multi round simultaneous impact (MRSI) capability. The four smoke grenade launchers are replaced by the Galix system which is also fitted to the Leclerc main battle tank. The 52-calibre gun will improve the maximum range to 39 km. 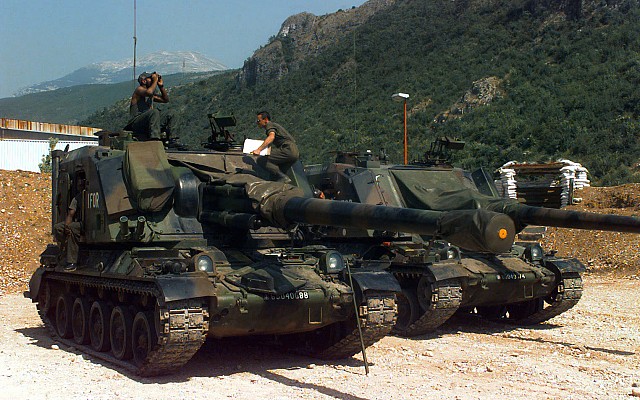 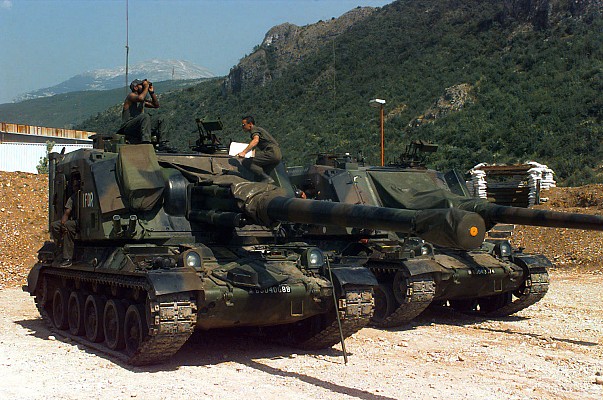 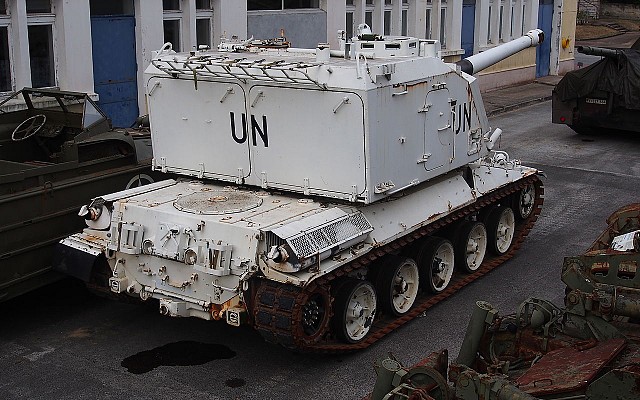 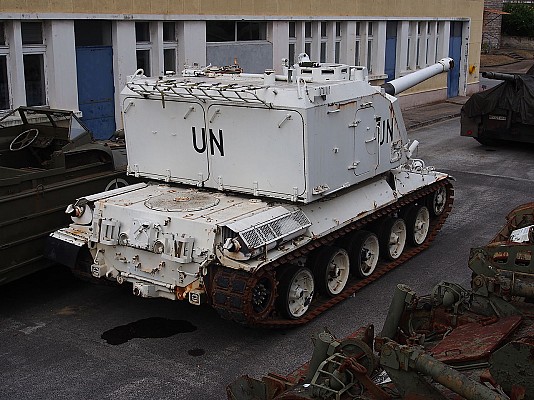 Rear view of GCT in white UN markings in a museum in France. 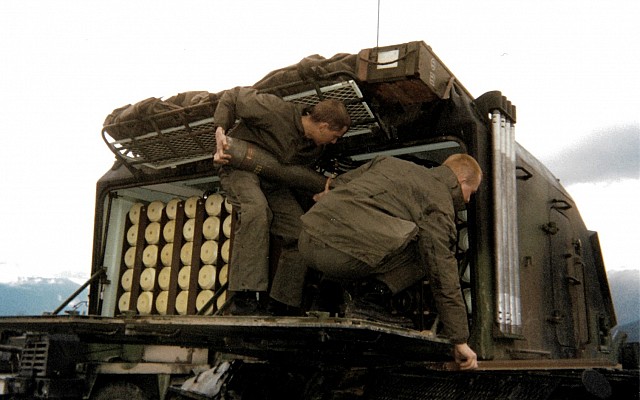 French soldiers reloading the AU-F1. Note the large doors at the rear of the turret. 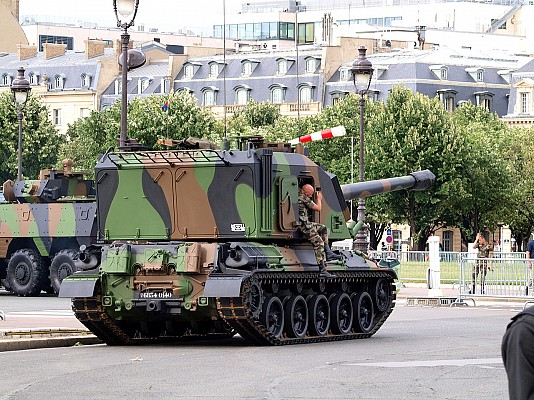 French army AU-F1 on display in 2010. Note the large doors at the rear of the turret. 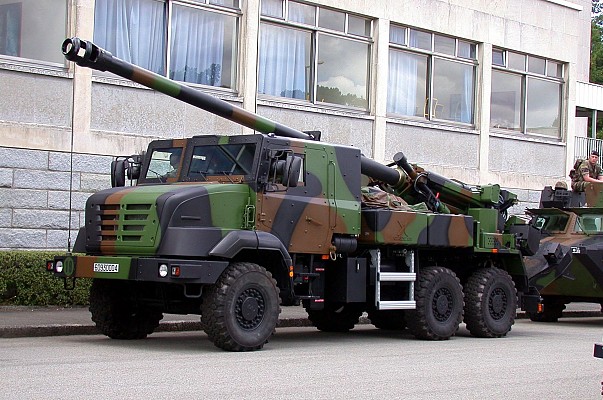 In French service the AU-F1 is being replaced by the CAESAR wheeled self-propelled howitzer.

For self-defense the AU-F1 in French service is fitted with a 12.7mm M2HB heavy machine gun.

Alternatively a 7.5mm AAT-52 or 7.62mm AAT-NF1 machine gun can be fitted for self-defense.