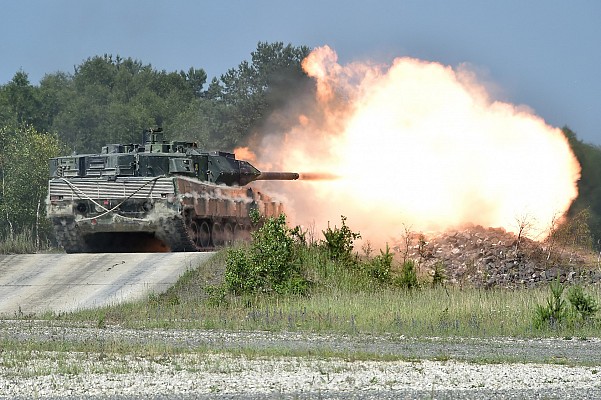 The Rh-120 is a late Cold War era smoothbore cannon of German origin. It was developed to arm the new Leopard 2 main battle tank. NATO thought that the highly successful 105mm L7 used on the Leopard 1 was probably not future proof considering Soviet tank development. Over time the design of the gun and its range of ammunition was continuously improved. This makes current iterations rank among the most powerful tank armament in service today.

The Rh-120 was developed around a new range of 120mm ammunition, with emphasis on an APFSDS rounds. Therefore it is a smoohtbore cannon. The gun is loaded manually using single piece ammunition, of which the majority of the shell casing is combustible. The barrel is autofrettaged for increased barrel life and features a fume extractor and a muzzle reference device.

Maximum range of the Rh-120 is about 3 km with APFSDS ammunition. The rate of fire depends on the loader. 10 rpm is quoted, with that rate dropping off as fatigue increases and ready rounds are spent. 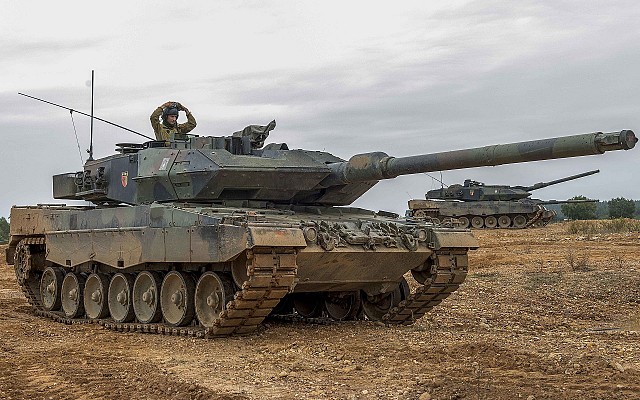 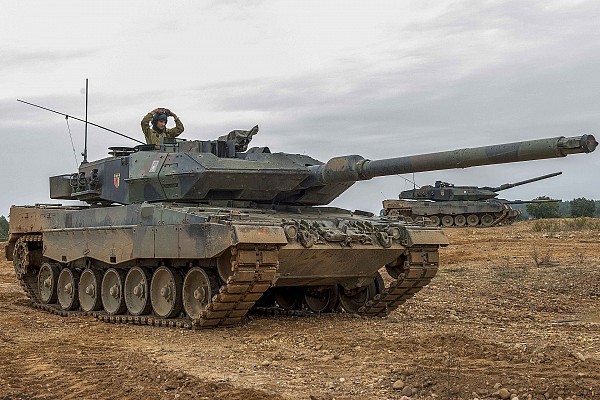 Portugese army Leopard 2A6 main battle tank in the field. 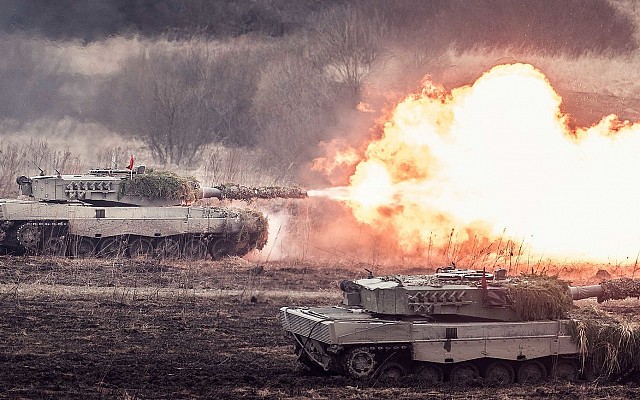 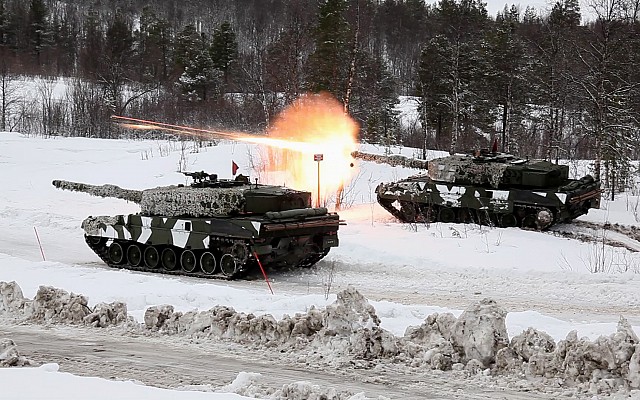 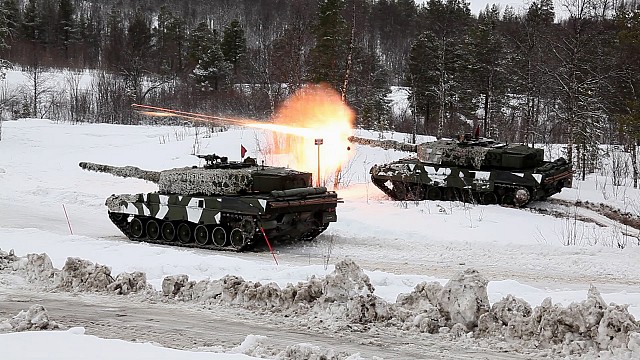 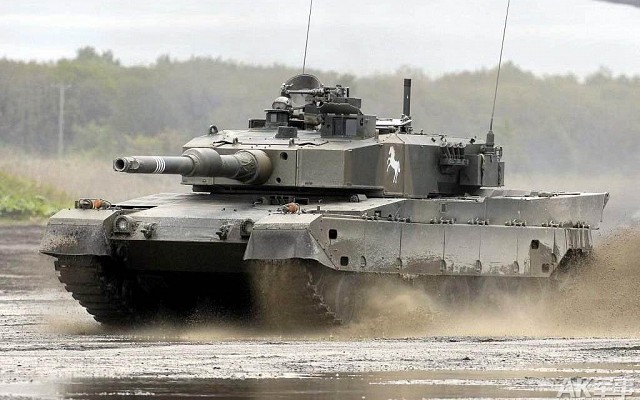 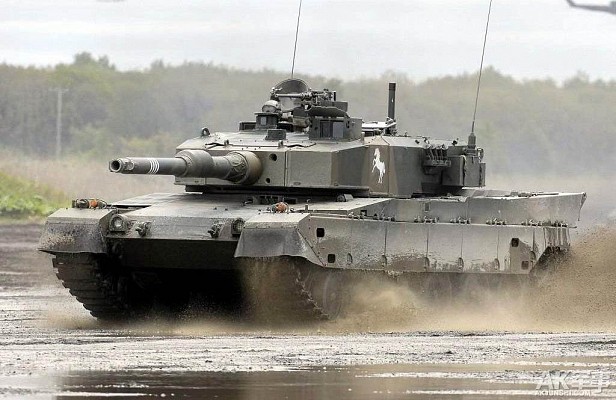 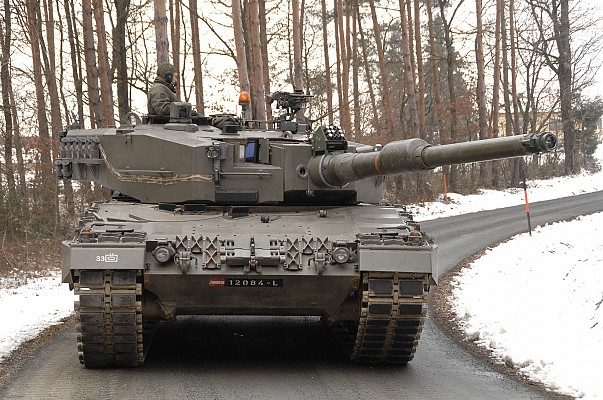 Read more about Leopard 2A4 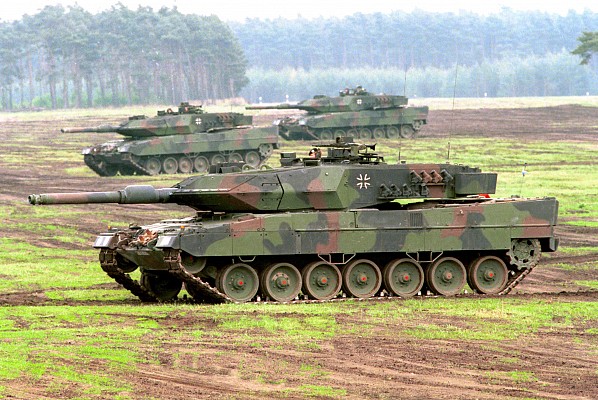 The Leopard 2A5 is an upgrade over the earlier Leopard 2 with distinctive new armor package. The L/44 cannon was retained, since the L/55 was still under development.

Read more about Leopard 2A5

The Leopard 2A6 introduced the 55-caliber variant of the 120mm smoothbore cannon, entering service in 2001. 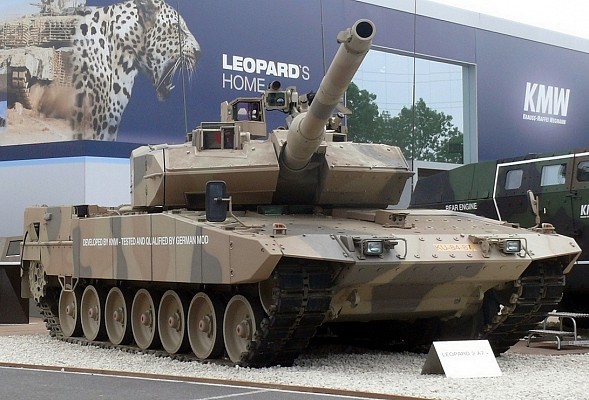 The Leopard 2A7+ is a highly modified Leopard 2A6 featuring various urban combat improvements. It seems that the first L/55A1 entered service on this variant of the Leopard 2.

The Japanese Type 90 main battle tank is equipped with a modified L/44 cannon produced under license in Japan.