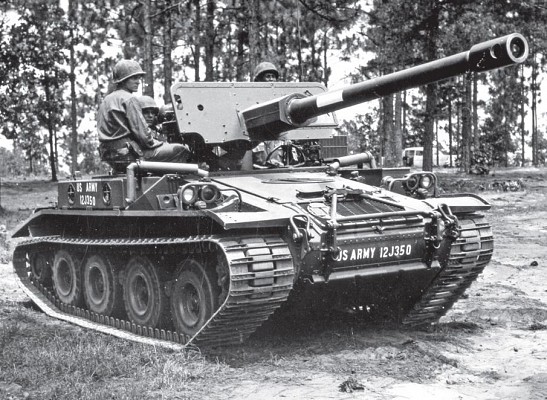 The M56 Scorpion is an early Cold War era tank destroyer of US origin. It was developed to provide airborne forces with a light self-propelled anti-tank gun. Although the M56 did provide significant firepower, it proved to be lacking in many other aspects. In US service it was replaced by the M551 Sheridan light tank. Also a rather unique vehicle with some difficulties of its own.

The M56 is a rather unique vehicle. It is a very light in order to be air transportable, yet features a large cannon. The M56 is a tracked vehicle with wide rubber pneumatic tires. The engine and drive train are located at the front. The gun is mounted in the middle and The driver is seated on the left of the gun and the gunner on the right. The commander sits on top of the radio behind the driver. The loader sits on the rear platform where he has access to the ammunition racks.

The M56 is armed with a powerful full pressure 90mm M54 rifled cannon. This cannon has similar ballistics as the M36, the most powerful US tank destroyer in action during World War 2. A total of 29 rounds are stowed in the rear of the vehicle. Even though a large muzzle brake it fitted the vehicle rolled back about 1 meter when firing the 90mm gun. There is no secondary armament.

The chassis is made of aluminum alloy. Even though the driver and gunner are seated partially within the vehicle, the hull officially is does not protect against small arms fire. The only armor on the M56 is the face hardened steel gun shield, which has a mere 5 mm thickness. There is no NBC protection and smoke grenade dischargers ar absent as well.

The M56 is a rather light vehicle with wide tracks. This results in an exceptionally low ground pressure. The 200 hp petrol engine provides a maximum speed of 45 km/h. Power to weight ratio is good, but the engine has poor fuel economy and results in a maximum range of 230 km on road. The rubber tires have run-flat inserts that allow the M56 to travel 25 km at half speed.

A total of 325 vehicles were produced for the US Army. A number of vehicles served in the Vietnam war. The M56 was replaced by the M551 Sheridan light tank. Ex-US vehicles were supplied to Spain, South Korea and Morocco in the 1960's. With Morocco receiving the largest number and using them in conflicts in the Western Sahara. Today the M56 is either in long term storage or 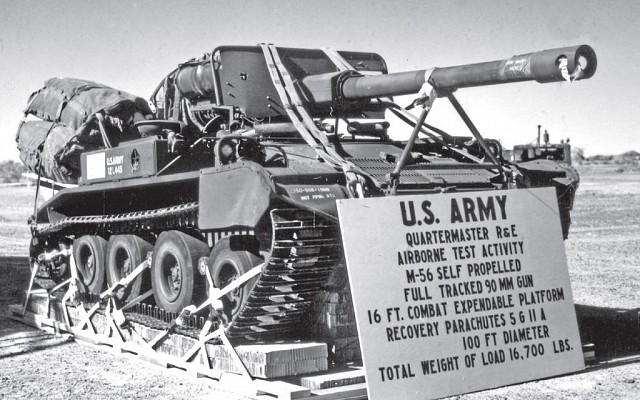 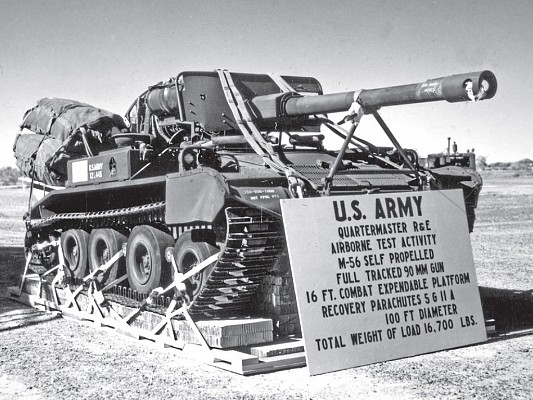 M56 Scorpion shown preparred for air drop on a platform with parachutes. 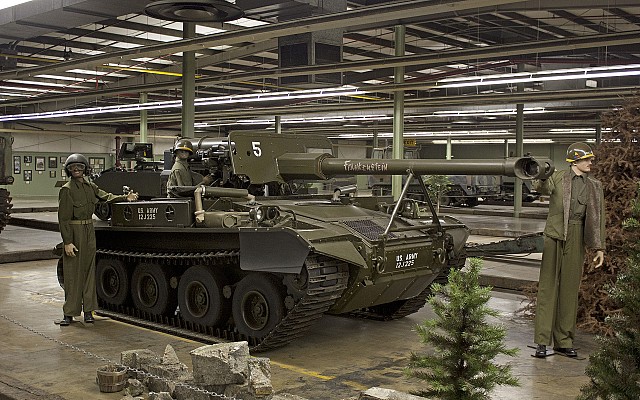 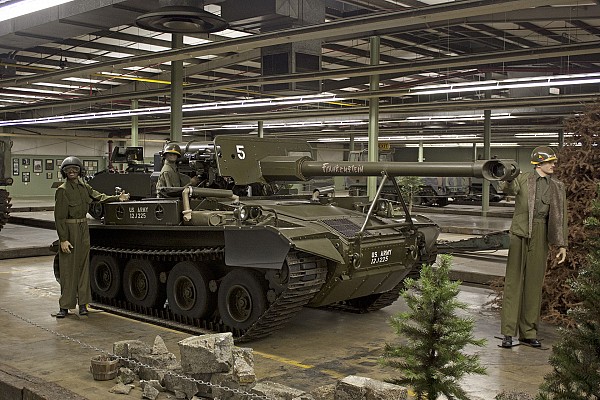 M56 Scorpion on display in a museum. 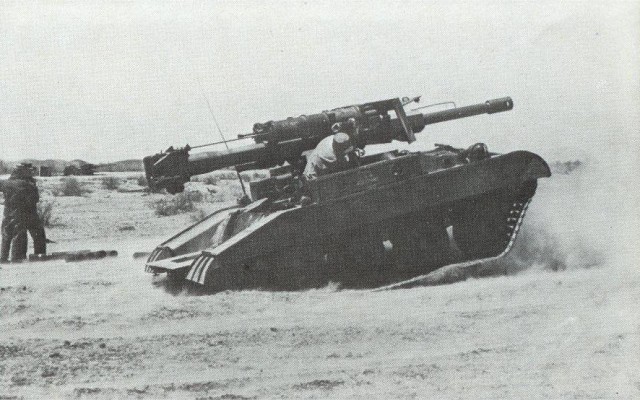 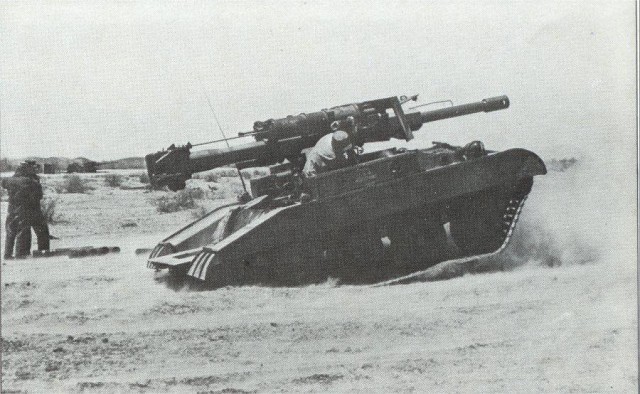 M56 Scorpion partially lifted of the ground by the recoil produced by the 90mm gun. 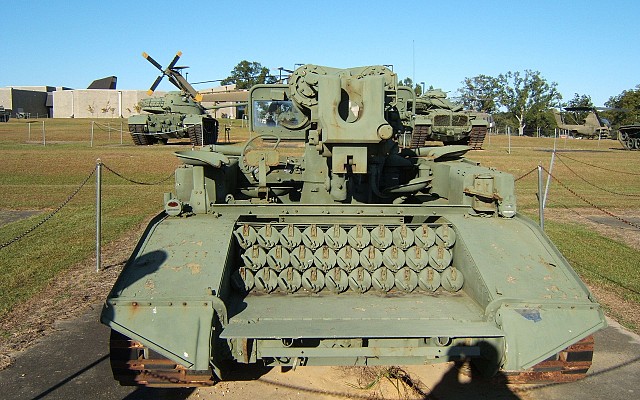 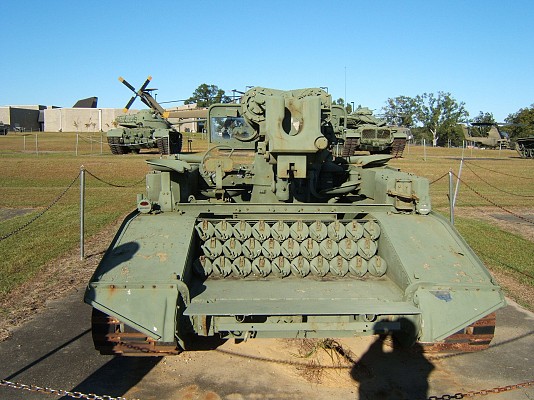 Rear view of M56 Scorpion showing the breech of the 90mm gun and the ammunition storage. 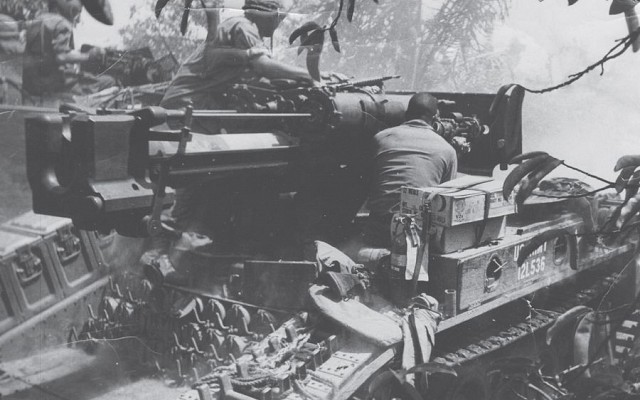 M56 Scorpion in service in the Vietnam war. Note the recoil travel of the 90mm gun. 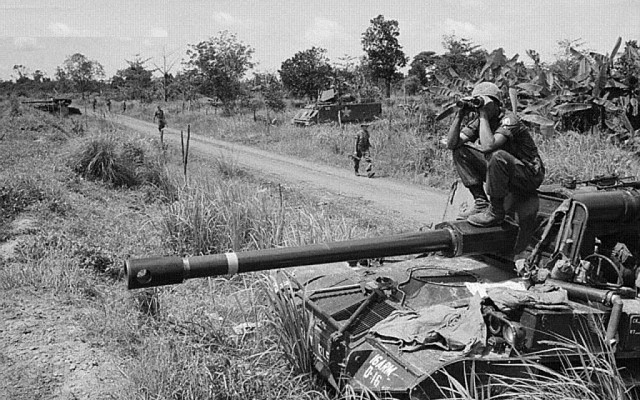 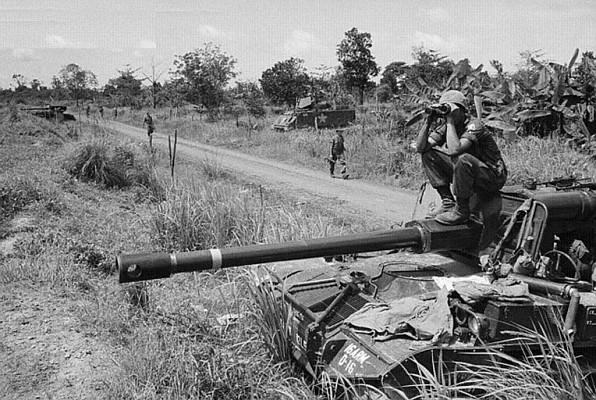 M56 Scorpion in service in the Vietnam war. 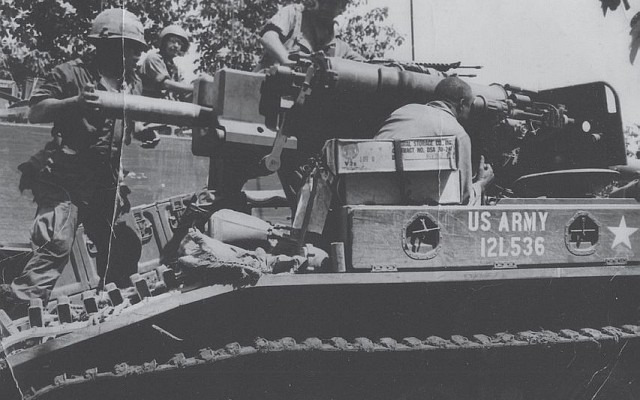 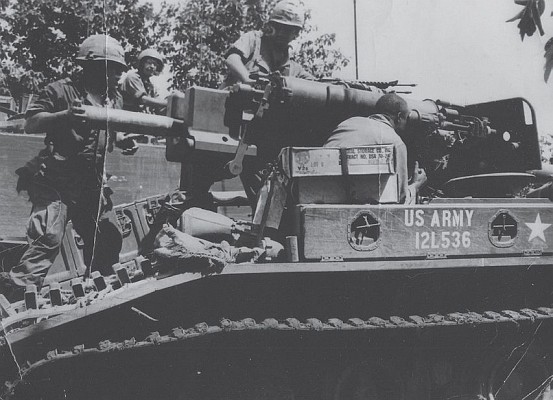 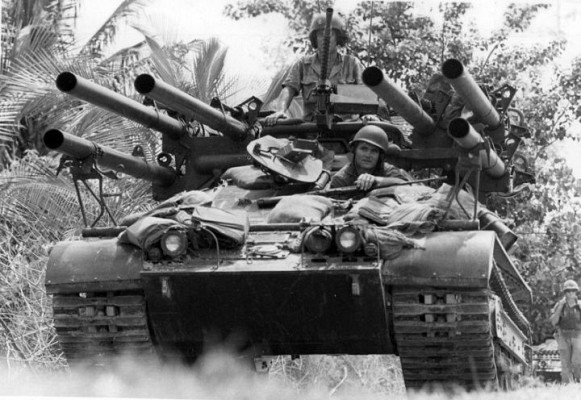 The US Marine Corps acquired a different light vehicle in the anti-tank role: the extraordinary M50 Ontos.