The PKP Pecheneg is a machine gun of Russian origin. It was developed in the 1990's to replace the RPK-74 and PK with a design that was better suited for the infantry role. When compared to the RPK-74 the Pecheneg delivers much more firepower. Even though the Pecheneg was developed only for ground use it has also been fitted to several light vehicles. The Pecheneg is also known as the PKP, which is a aggregation of the PK machine gun it was derived from and the name Pecheneg.

The Pecheneg is a belt fed weapon that fires the Russian 7.62x54mm round. The only fire mode is fully automatic and the cyclic rate of fire is 650 rpm. The effective range is 400 m against point targets and 800 m against area targets. At longer ranges the Pecheneg is claimed to be 1.7 to 1.9 times more effective than the PK.

The Pecheneg is a modified version of the PK machine gun. There is about 80% parts commonality. The Pecheneg is gas operated and uses the same long stroke gas piston mechanism as the PK. The main difference lies in the barrel. A very thick ribbed barrel with forced air cooling is fitted within a shroud that reduces hot air mirage. The new barrel is not a quick change barrel design, but can handle firing 600 rounds in short burst before heating up too much. The forward position of the bipod allows for better long range accuracy but limits the arc of fire and makes it harder to fire from any other position than the prone position. 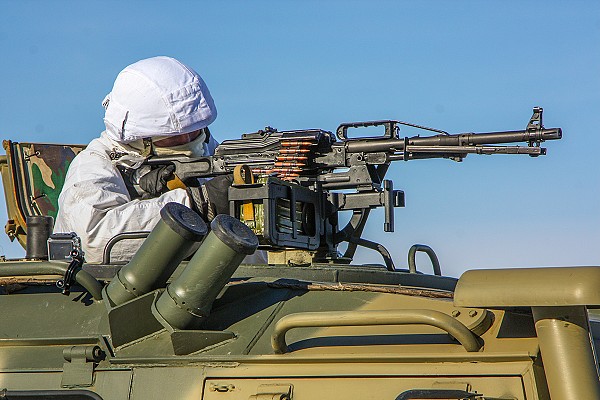 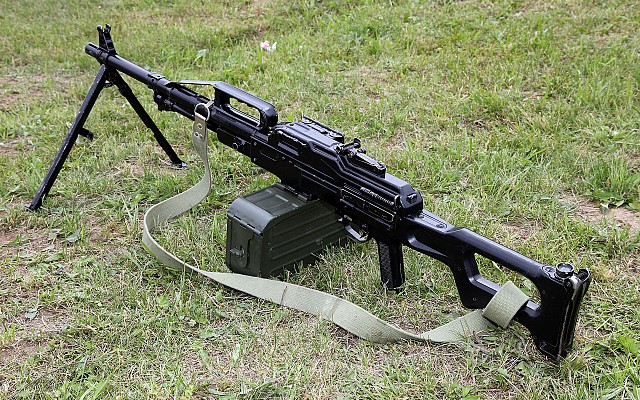 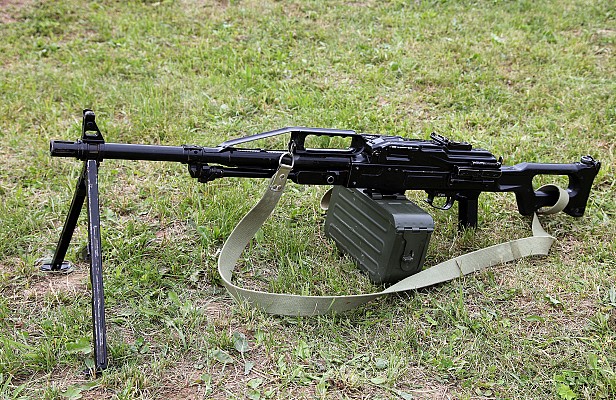 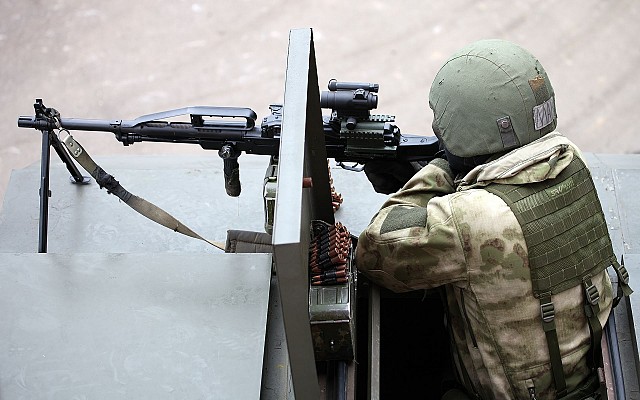 MVD Vityaz operator with Pecheneg machine gun in a demo in 2016. Russian army soldier in firing position with Pecheneg maching gun during an exercise in 2017. 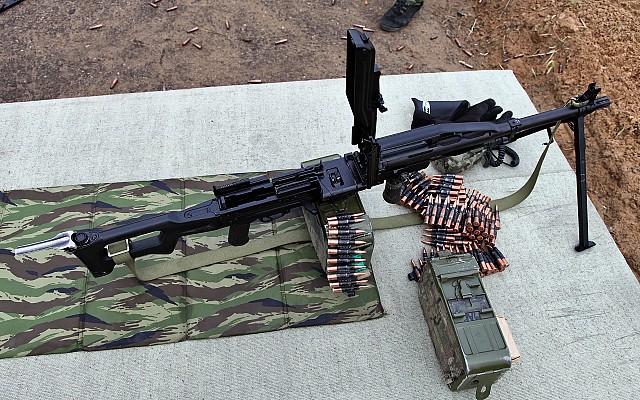 Soldier with PKP Pecheneg machine gun in the woods.

The Pecheneg was developed as a variant of the PKM to achieve increased effectiveness at longer range when fired from the bipod. There is an 80% parts commonality with the PKM.