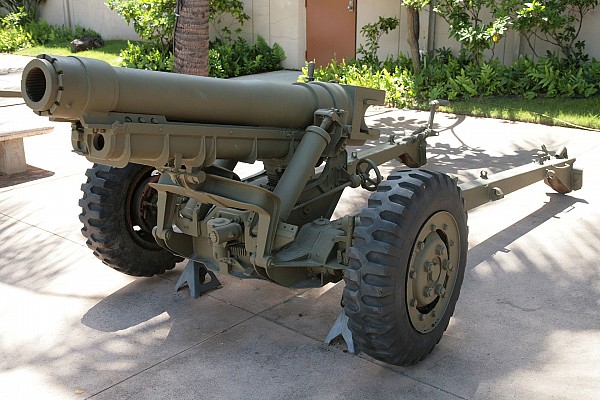 The Howitzer M3 is a World War 2 era towed howitzer of US origin. It was developed in the first half of World War 2 and used in quantity during the second half. The goal of the M3 was to provide US airborne forces with more firepower than the earlier 75mm pack howitzers. Both models were used side by side.

The M3 towed howitzer is a combination of two proven designs. The M3 is the middle ground between the heavier 105mm Howitzer M2 and the lighter 75mm Pack Howitzer M1. The M3 uses a shorter 18-caliber 105mm howitzer derived from the M2. This is combined with a modified carriage and recoil assembly of the pack howitzer. No gun shield is fitted in order to reduce weight. A crew of 10 operates the M3.

The M3 uses a shorter variant of the ordnance used on the Howitzer M2 (present day M101) and uses similar ammunition. The shorter barrel results in a lower muzzle velocity and reduced range. The maximum range with HE and smoke shells is 7.6 km. Sometimes the practical effective range is given as 6.5 km. Rate of fire is 4 rpm for a short duration and 2 rpm for sustained fire. While these figures aren't impressive for a 105mm howitzer, the M3 does provide airborne forces with more firepower than the 75mm pack howitzer. In the support of regular infantry it proved less successful, lacking range, rate of fire and gun shield.

The M3 weighs half as much as the M2. This makes it much more suitable for airborne forces. The M3 can be deployed into the theater by glider. In the field the M3 can be towed by Willys MB or Ford GPA jeeps, which are much lighter vehicles than a truck. Aside from airborne units the M3 was also issued to the infantry, using 6x6 trucks.

The M3 was produced in quantity during World War 2. Over 2.500 were produced and the vast majority ended up in US service. During and after World War 2 some of these howitzers were exported, leased or given to nations in Europe, South America and Asia. 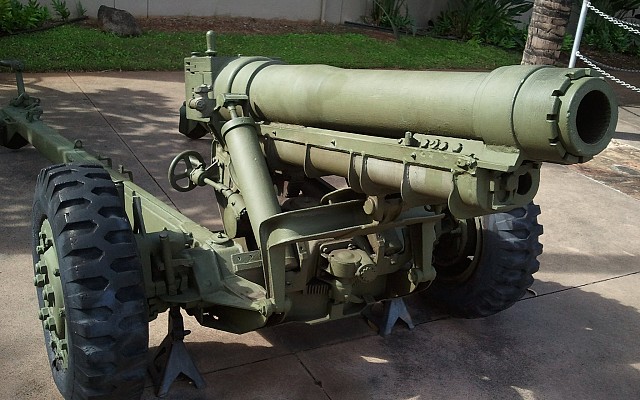 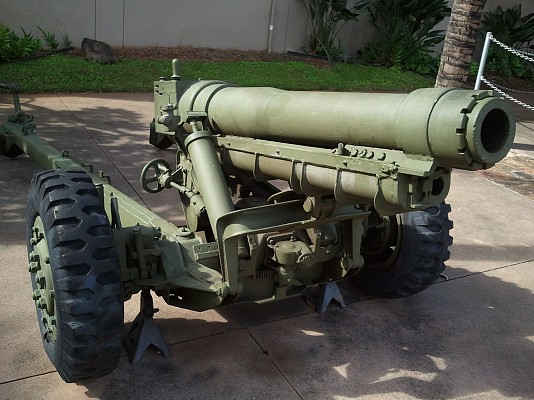 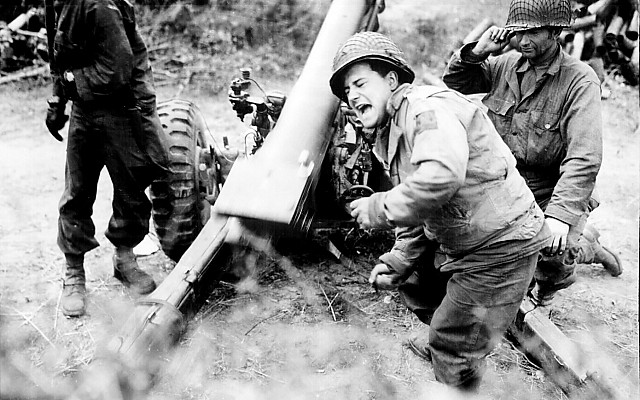 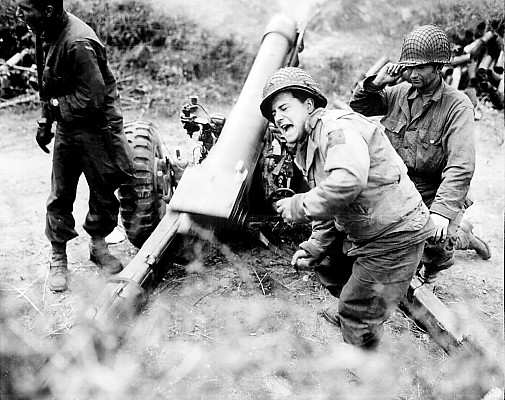 US soldiers with Howitzer M3 shelling German positions in France in 1944. 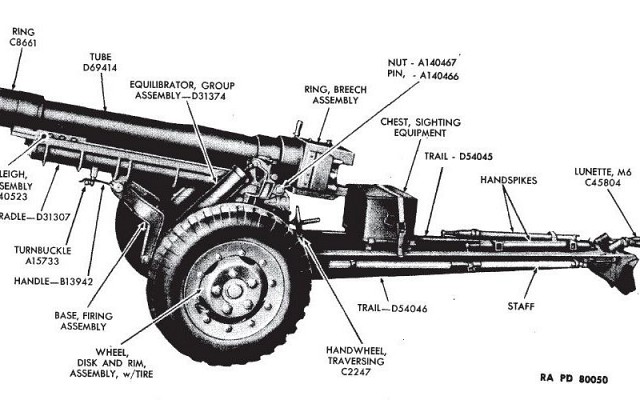 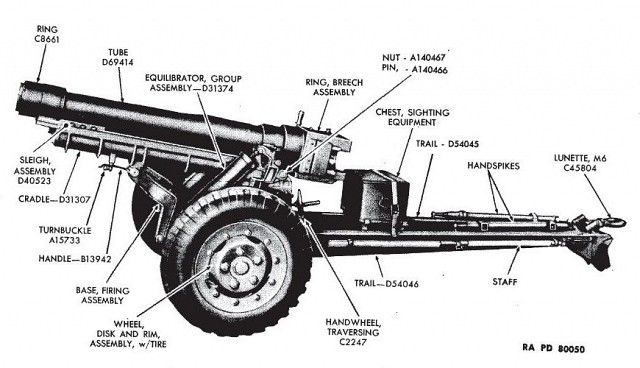 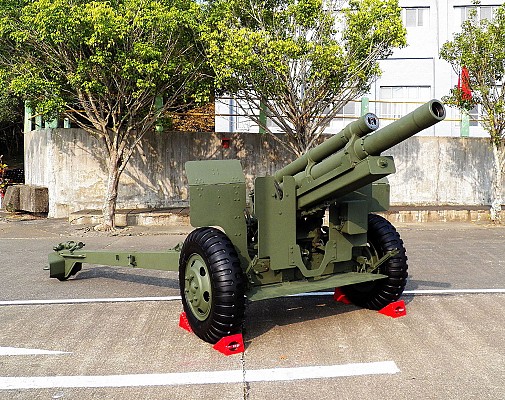 The M3 uses a shorter barrel variant of the 105mm howitzer used on the M101, known as the Howitzer M2 during World War 2.