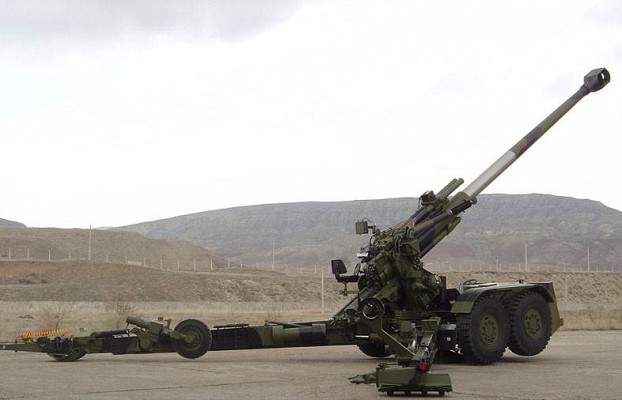 The Panter is a modern towed howitzer of Turkish origin. It was designed in the 1990's by MKEK for a Turkish army requirement. The T-155 Firtina self-propelled howitzer is the premier howitzer in Turkish service, but a long range towed howitzer is a cost-effective way to supplement these expensive systems.

The Panter has many design influences of the FH-2000 and looks rather similar. The 52-caliber ordnance has a double baffle muzzle brake and fires 155mm NATO shells. The four wheel split trail carriage is fitted with an APU. Castor wheels are located at the end of each trail. When towed the ordnance is rotated 180 degrees to reduce overall length. In the firing position a circular base plate is used to raise the wheels off the ground. There is no gun shield to protect the 6 men crew. A digital fire control system and hydraulic rammer are fitted.

The Panter has a maximum range of 40 km with ERFB-BB rounds, 30 km with M549A1 rocket assisted projectiles and 18 km with regular M107 ammunition. Burst fire is 3 rounds in 15 seconds. Maximum rate of fire is 6 rpm for 1 minute and 2 rpm continuously.

The Panter is towed by a 6x6 truck and can be towed at speeds of up to 80 km/h on asphalt roads. The truck also seats the crew and carries the ammunition. In the field the APU can be used to move short distances at 20 km/h.

The Panter is used by the Turkish army, which has a requirement for 400 units. The Panter was exported to Pakistan and is also produced under license. 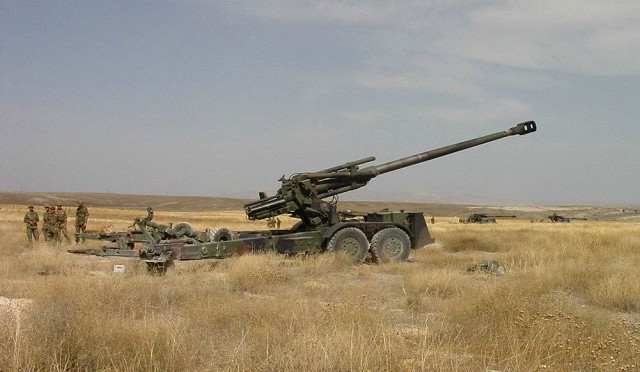 The Panter is a modern self-propelled howitzer with long range ordnance and an APU for increased mobility. The design was derived from the FH-2000 produced in Singapore and it looks rather similar. There are no variants of the Panter.